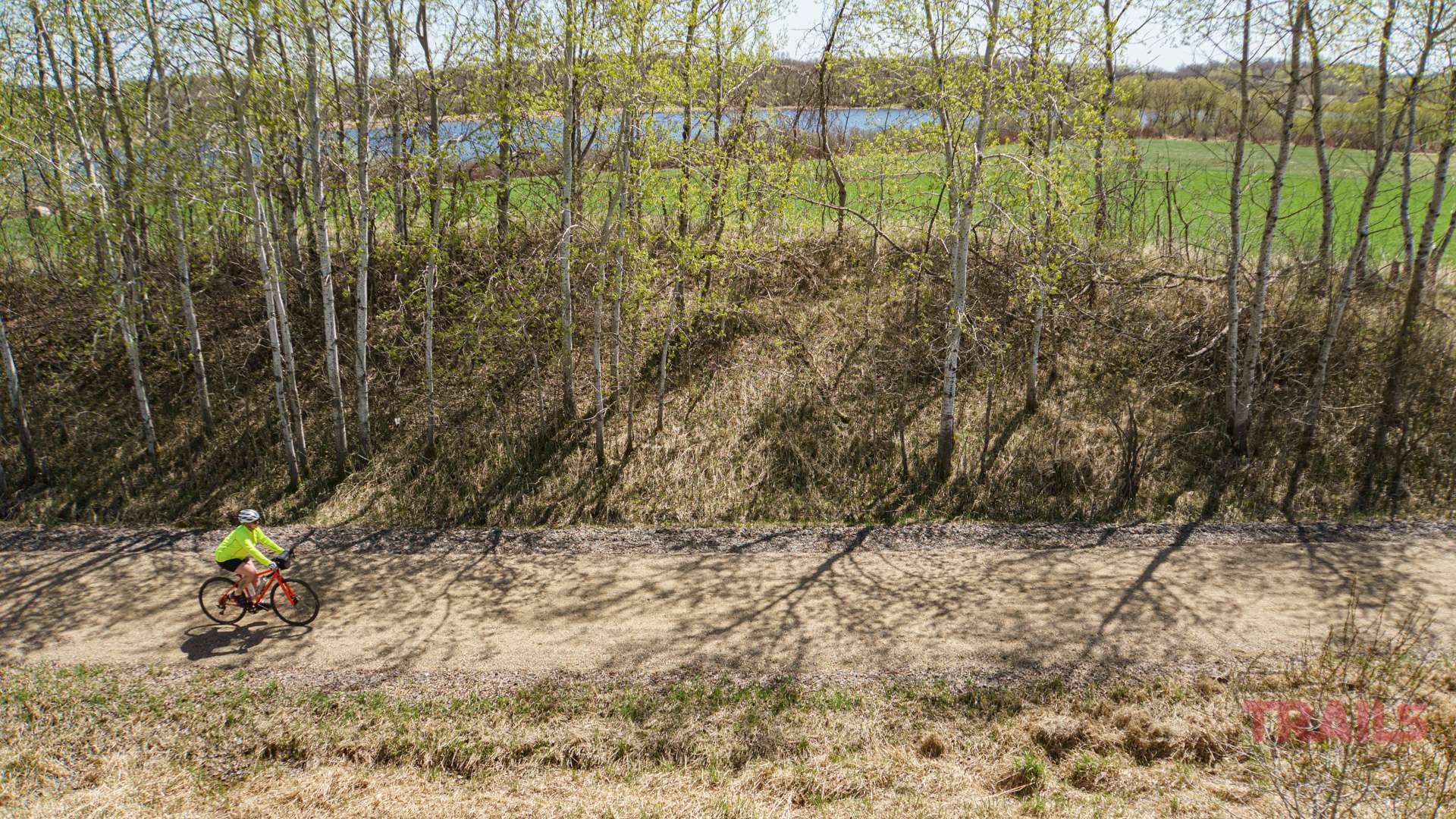 Time to get out

I’ve been cooped up at home for a while now and I take every chance I can to get outside to stay sane these days. So is everyone else, it seems. Reports from around the state say trail user numbers are at unprecedented levels, even with less than ideal weather.

I can confirm this in my neck of the woods, too. From my perch high above the treetops in the secret Minnesota Trails Headquarters I see lots and lots of bikers and walkers on the Soo Line, all coming up north from the Lake Wobegon Trail (to get takeout at Jordie’s Trailside Café, I’m sure.) 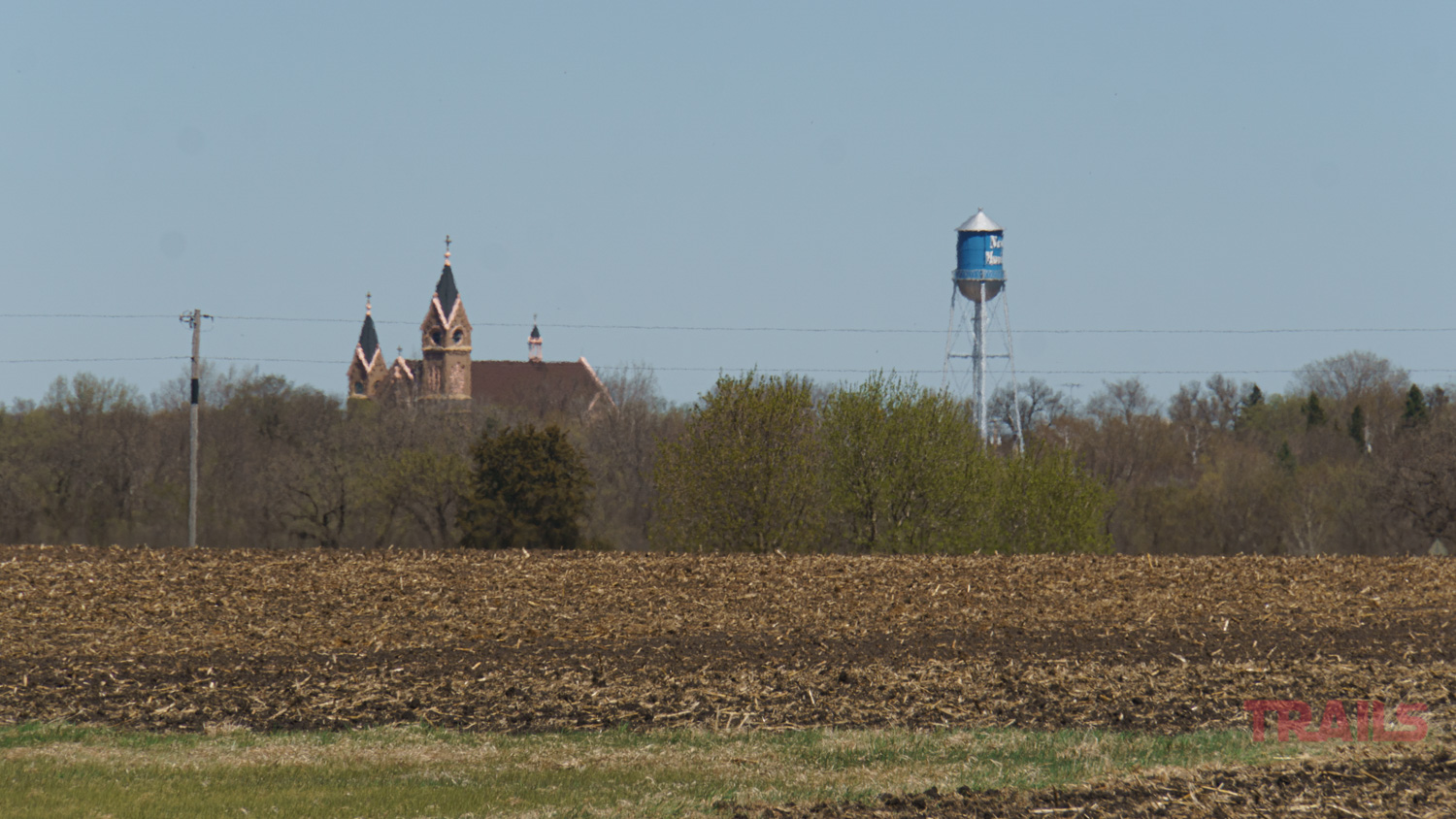 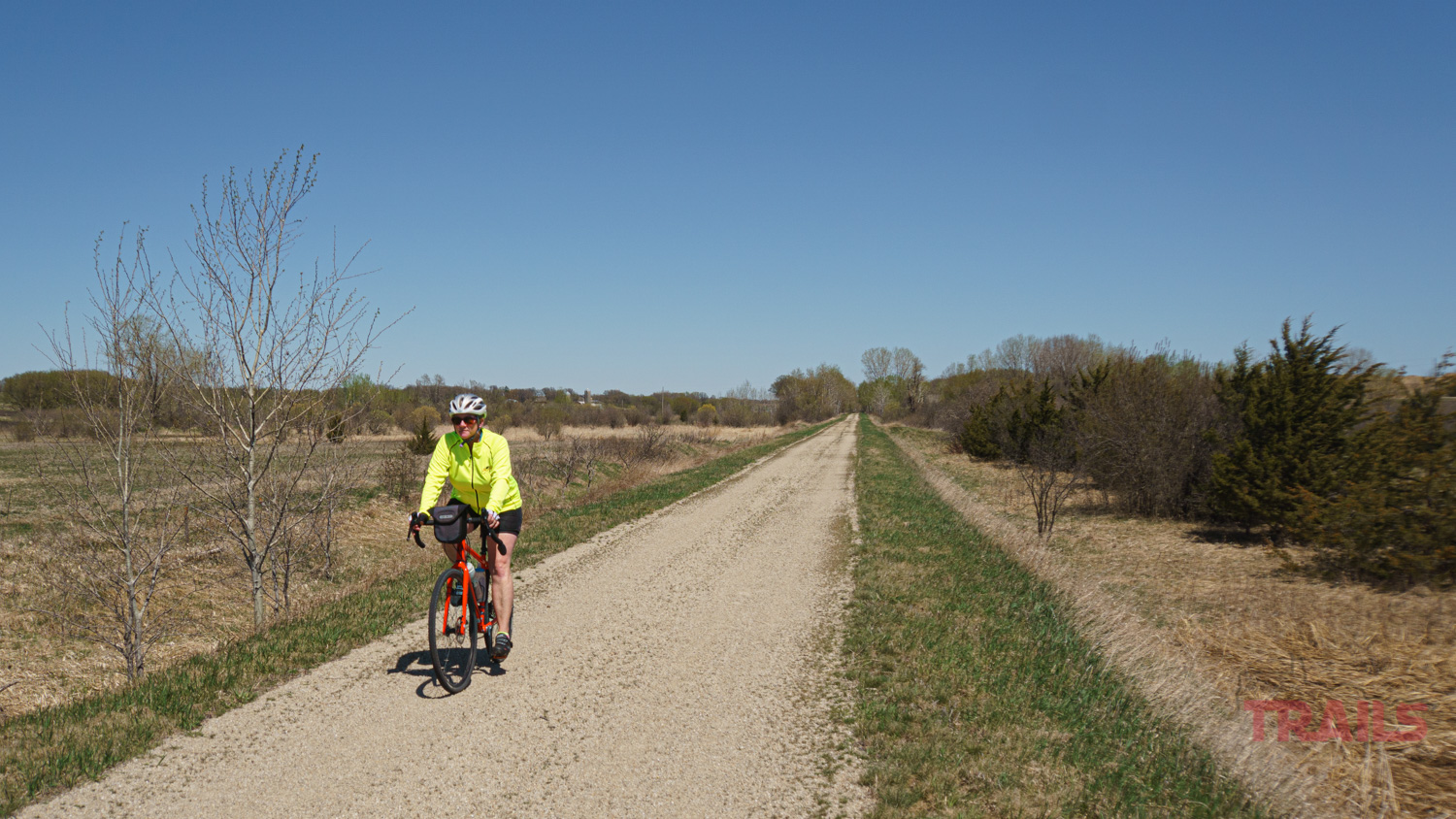 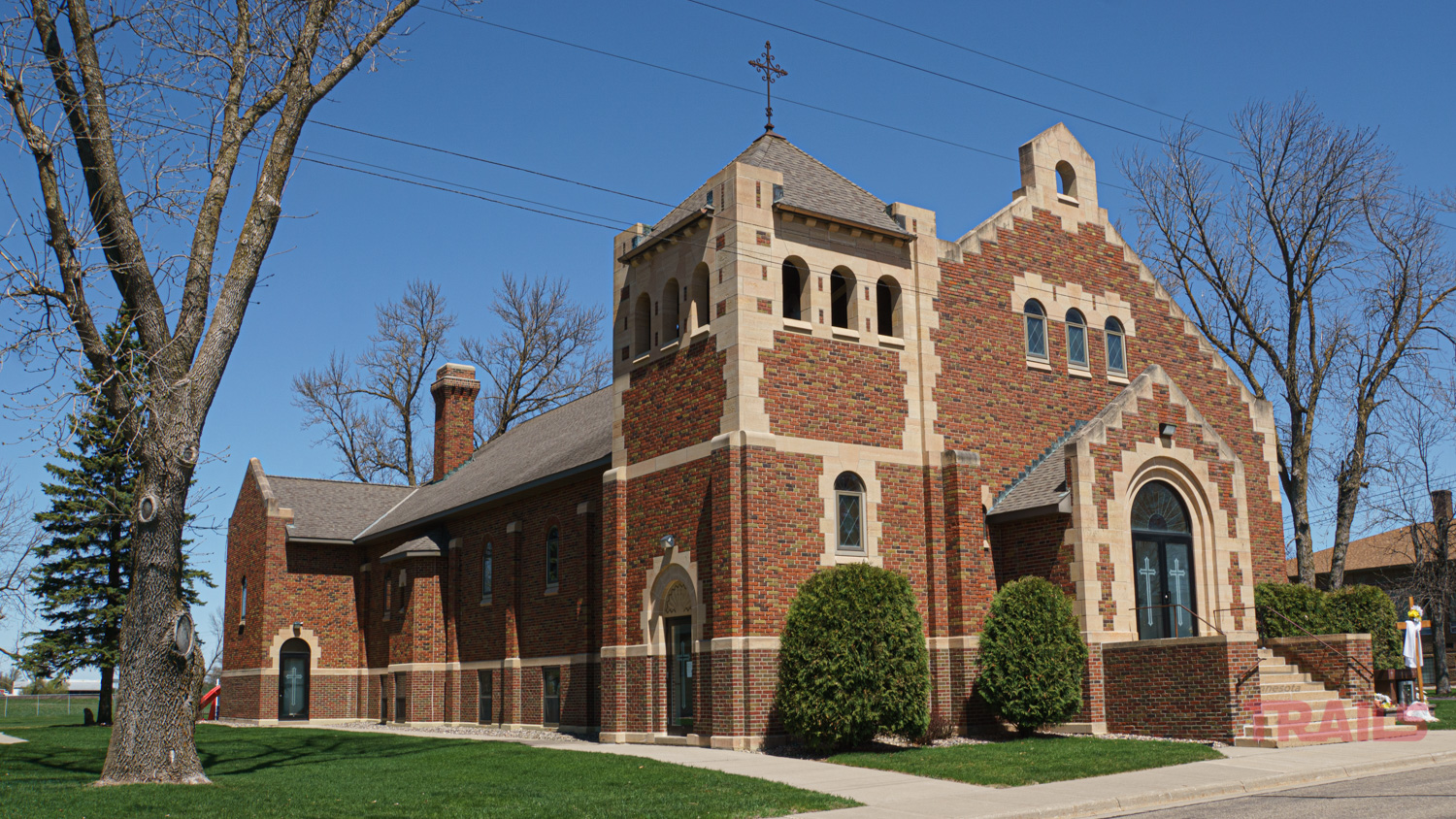 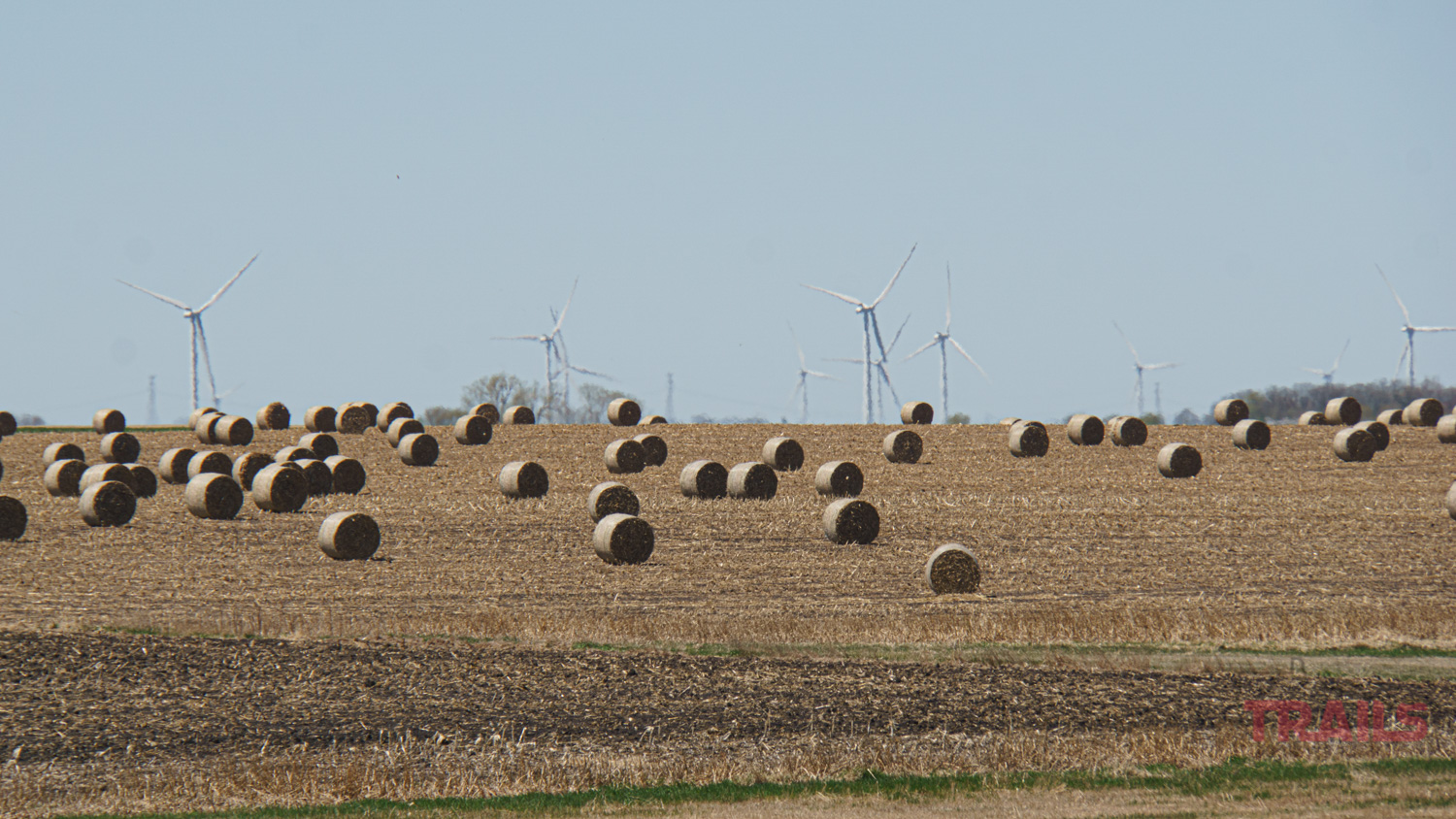 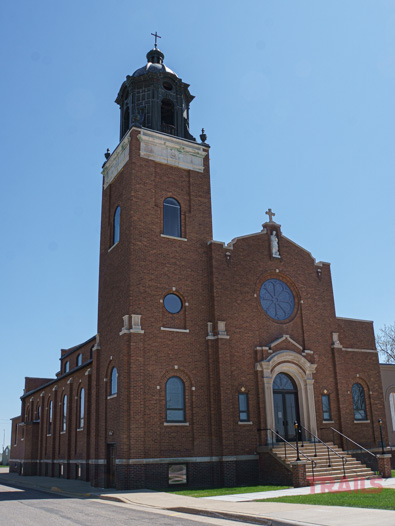 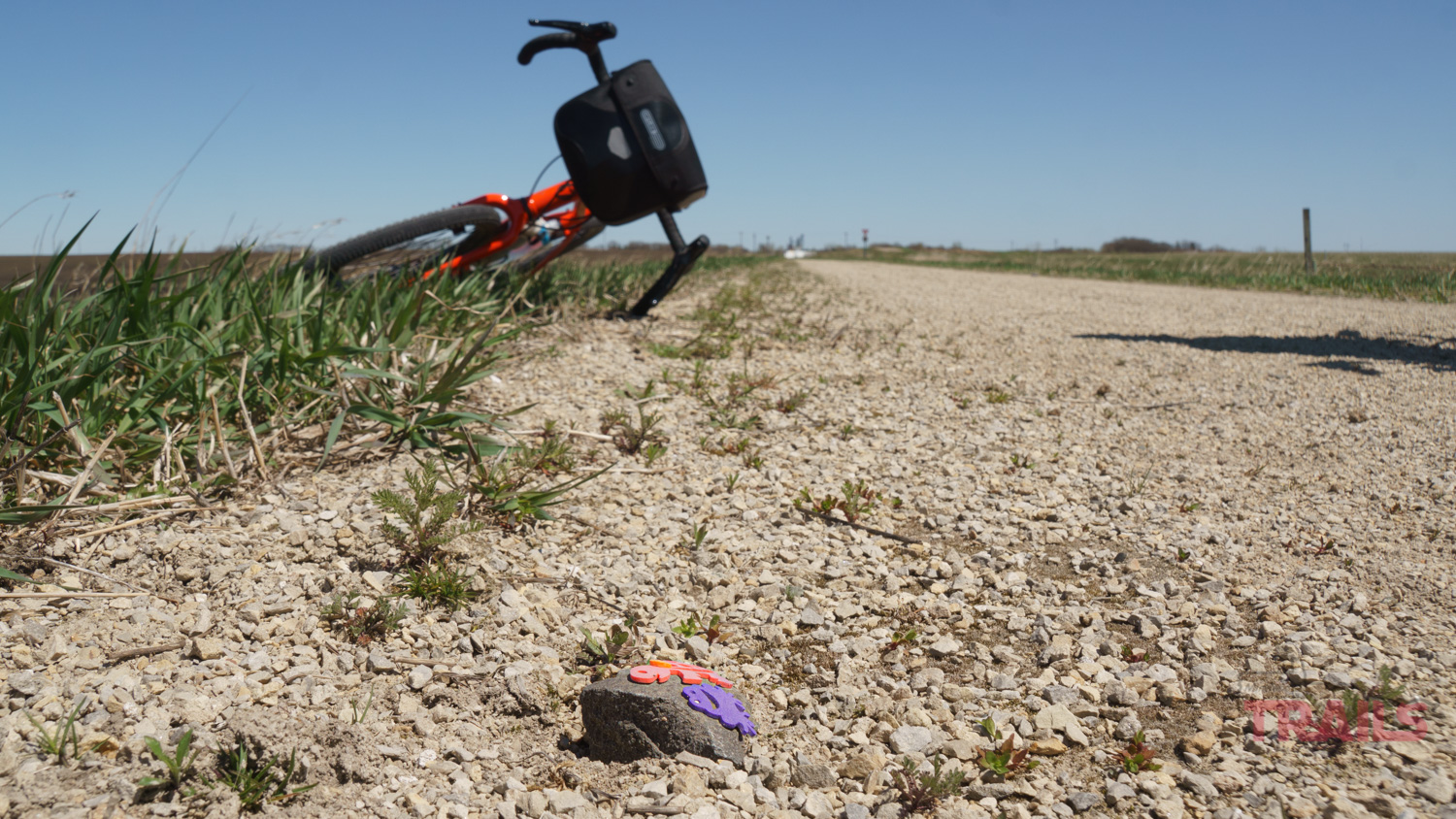 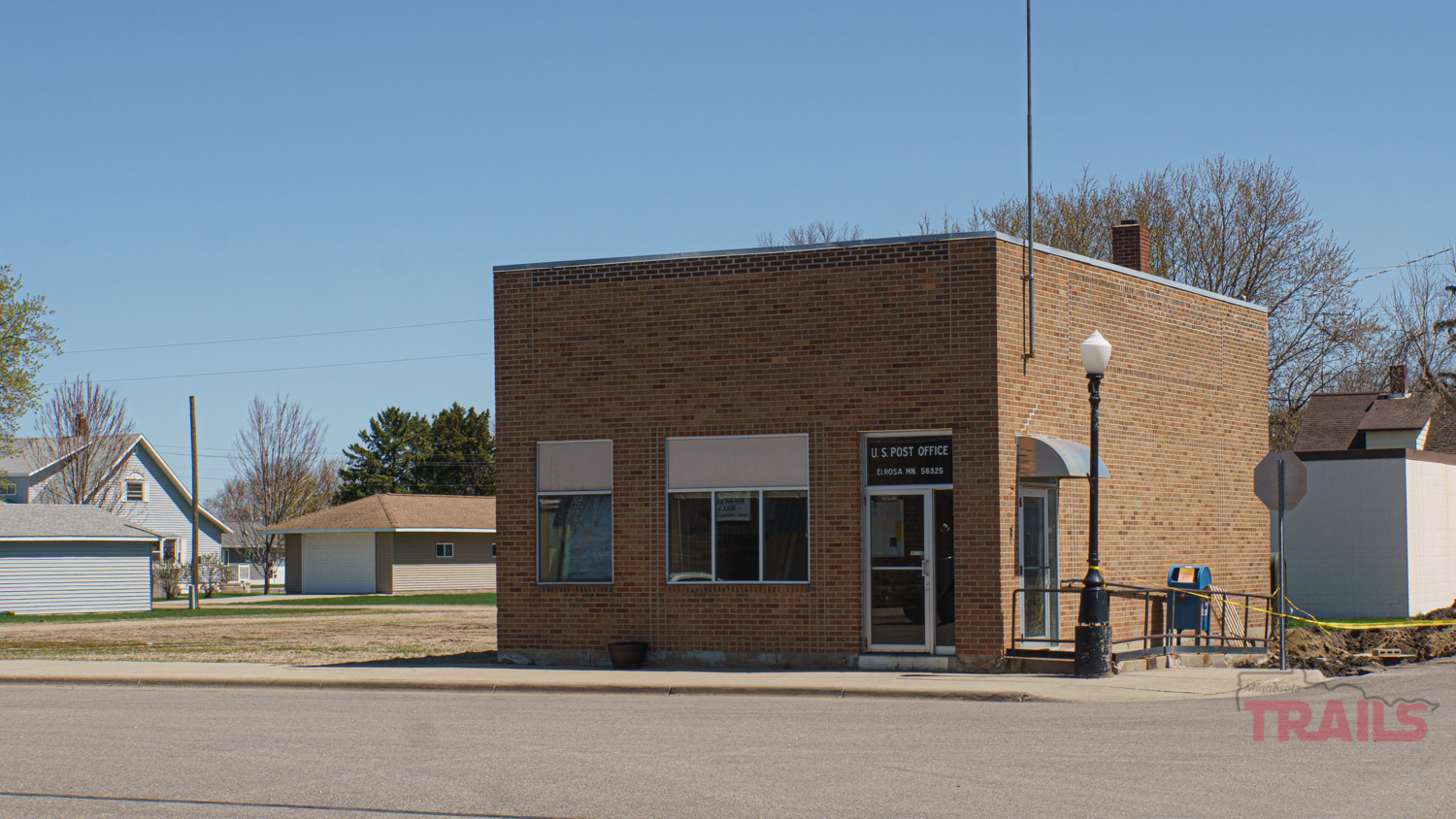 With best practices for outdoor recreation in mind I decided to explore a hidden gem of a trail in my range, The Dairyland Trail in Stearns County. It’s not very well known and it made for a perfect afternoon getaway in the country while being physically distant from most life forms except cows.

When I last visited, it was for the ribbon cutting of the very first segment in Greenwald, MN, when just a few miles were complete. It was a while ago and all I remember is that I humped my bike over a couple of snowdrifts late in April.

I haven’t paid a lot of attention to it since, but last year sometime I received a note that the trail had now grown to about ten miles in length and connected the towns of Elrosa, Greenwald and New Munich (well, almost.) The plan was to take the fat bike out there and ride the limestone and gravel path sometime this year. The schedule was moved ahead slightly because recent additions to the bike family, two Salsa Vayas, were itching to eat some gravel.

The route actually starts just a stone’s throw from the New Munich city limits where it intersects a gravel road. A connection into town is pending a railroad bridge remodel. The three villages along the trail are spaced almost exactly five miles apart, putting Elrosa right in the middle. Jen and I started rolling on some fairly new, hard packed gravel and took in the scenery: Small farms and as of yet bare fields mixed with wetlands and the sporadic stand of budding trees. Occasionally, we’d pass a witness to a time long ago, a telegraph pole whose wires had long been cut, now greyed, weathered, covered in lichen and leaning precariously after nearly a century of service.

Three and a half miles later, the gravel gave way to a limestone surface. It was the older part of the trail, which by now had hardened into a concrete-like path and showed a little greenery poking through the rocks. Here, we encountered out first human who was out walking its dog.
After taking a look at the trailhead in Greenwald we looped around town. The village takes its name from the German word Wald, for forest. There is none of that left here today, and the stretch from Greenwald to Elrosa is a straight shot trough a living diorama of agriculture, complete with grain silos, farm fields with round hay bales and tractors plowing in the distance under plumes of dust.

After another five miles we reached Elrosa. Here, the trail ends at the trailhead by the ball field. Actually, the ball field is more like a miniature stadium with roofed seating, dugouts, concession stands and floodlights. Town baseball is still going strong here in Stearns County. Elrosa, Greenwald and New Munich play a regular schedule in the Stearns County Division of the Minnesota Baseball Association and have equally impressive facilities for towns of 200 to 300 people. 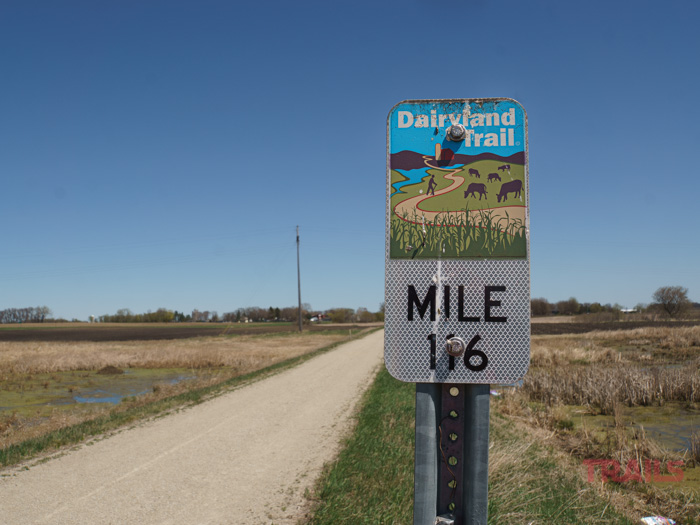 On the way back I noticed the official Dairyland Trail mile markers, but I couldn’t figure out what they meant. After some research I came up with a theory. Yes, there once was a railroad line that traveled from Brooten through Albany, Onamia, McGregor and Moose Lake to Superior, WI.

Today’s Dairyland Trail uses part of that same Soo Line grade, as does the northern spur of the Lake Wobegon Trail and the Soo Line South Trail. The Lake Wobegon Trail’s northern spur is paved to the Stearns-Morrison County line. From there it picks up the paved part of the Soo Line Trail. This paved section ends at Highway 10 near Royalton and continues as an unpaved ATV trail all the way to Superior. There is a 10-mile paved section between Father Hennepin State Park (Isle) and Onamia side by side with the ATV Trail. Got all that?

The Soo Line Railroad Connection
Besides the Brooten-Superior run, the Soo Line Railroad had several lines in Minnesota, including one from Minneapolis to Montana via Bismarck, ND. It also passed through Brooten and is still active today. According to the Stearns County trail map, Elrosa is at mile marker 112.5, which makes Brooten about mile marker 103. If you follow the still existing line southeast from Brooten, it ends after about 103 miles at the Star Tribune printing press in Minneapolis, right across the Mississippi River from Boom Island.

In summation, any mile marker you see on the Dairyland Trail, or the northern spur of the Lake Wobegon Trail, or the paved section of the Soo Line Trail between the Stearns-Morrison county line and Highway 10, denotes your current distance from the Star Tribune printing press in Minneapolis. Neat, huh?

This is as of yet an unproven theory, but the numbers work out.

And just to be clear, the only motorized traffic on the Dairyland and Lake WobegonTrails is snowmobiles. The unpaved sections of the Soo Line South Trail are for ATVs. Non-motorized use may be allowed. Personally, I don’t tangle with ATVs on a trail.

What’s next for the Dairyland Trail?

The plan for the Dairyland Trail is to extend north from New Munich to the Lake Wobegon Trail in Albany (about 11 miles) and south from Elrosa to Brooten (about nine miles). The next three and a half miles of the southern section should be constructed this year.

While it was wonderful to get away and recreate without the crowds, it was also spooky to see small, rural towns without much activity. From living in a hamlet I know there’s more to these places than you think. During these times of empty streets one will definitely get the wrong impression of rural Minnesota. We’ll have to come back to visit once we’re through all the current craziness and take part in Munichfest, or Barley Days in Greenwald, or even the Turkey Testicle Festival. We’ll at least swing into Bucky’s Bar in Elrosa and have some of their famous, deep-fried horseradish pickles.

A canoe trip on the Mississippi deserves a pint at Saint Cloud’s Beaver Island Brewing Company.

It’s been another week of cancelled plans and life upside down.