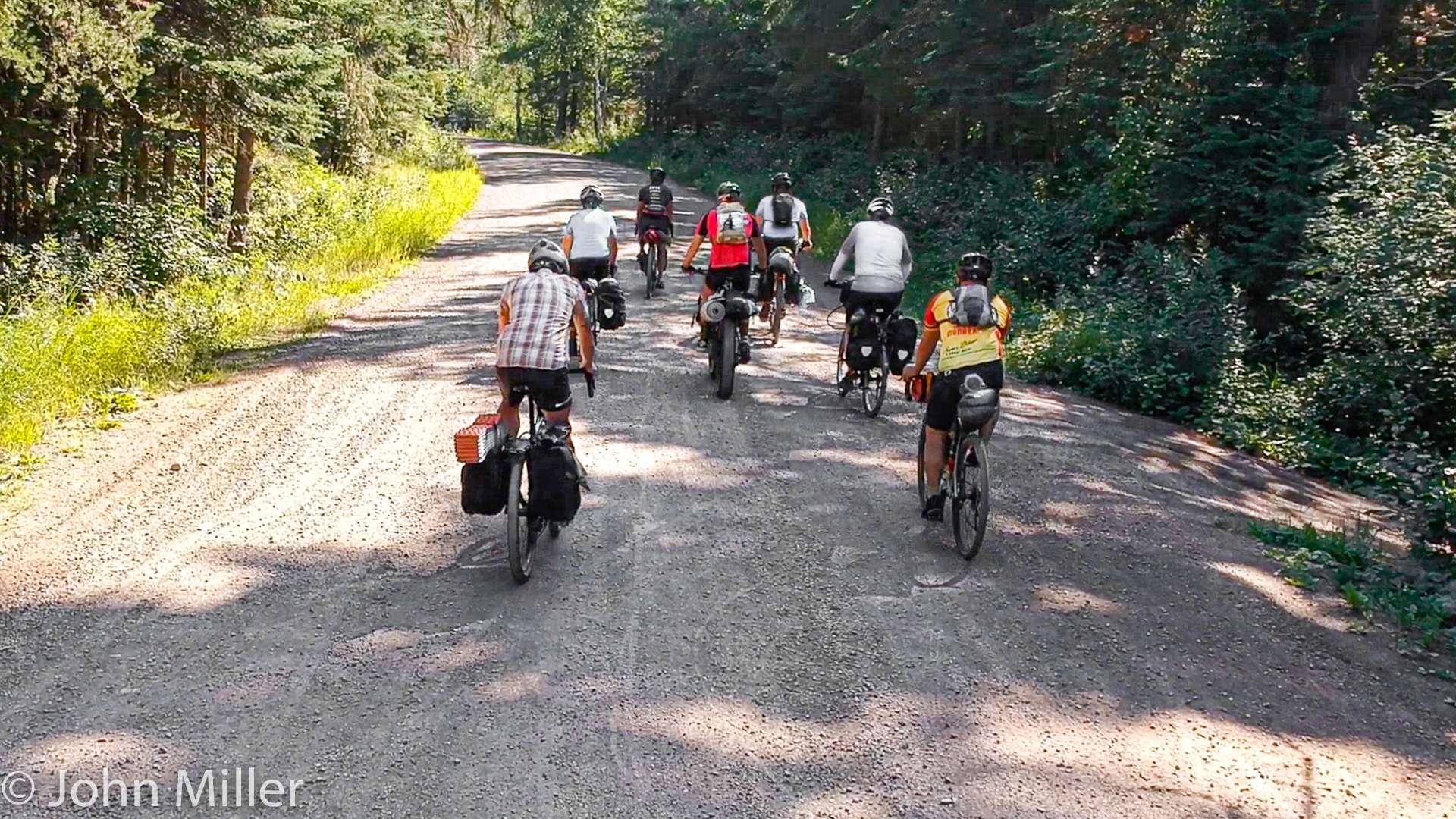 We had a plan

Not a good one, but we did officially have a plan. Eight of us would go on a four-day bikepacking adventure on Minnesota’s North Shore gravel roads and hope that every single person we talked to on the phone was wrong. That was the plan.

What Is Bikepacking and How Did I Get Here?

“Packing”, like backpacking or canoe packing means carrying your gear with you as you travel under your own power. In the case of bikepacking your bare bones essentials are strapped to your frame, handlebar and seatpost to keep the ride light and nimble for backcountry exploring, like a more rugged form of bike touring. I love having the ability to enjoy outdoor adventures at a faster pace than canoeing and hiking and in a more remote way than traditional bike touring on paved roads.

I heard about a bikepacking route in Northern Minnesota called “Straddle and Paddle” from my favorite website, bikepacking.com. It promised everything I could want: Endless gravel roads, thick forests with tons of lakes, and the world’s best donuts. My seven buddies John, Joel, Fabien, Phil, Matt, Kevin, Jeff and I spent a year researching, buying gear and generally overanalyzing the entire trip. But planning is half the fun, right? 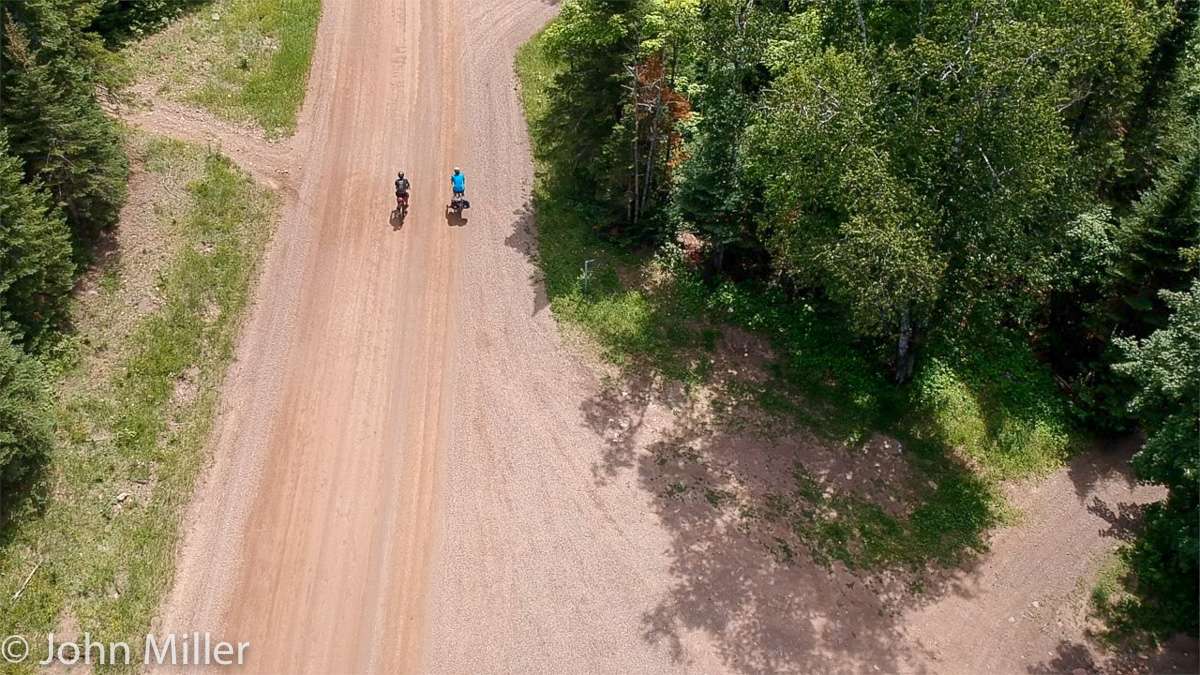 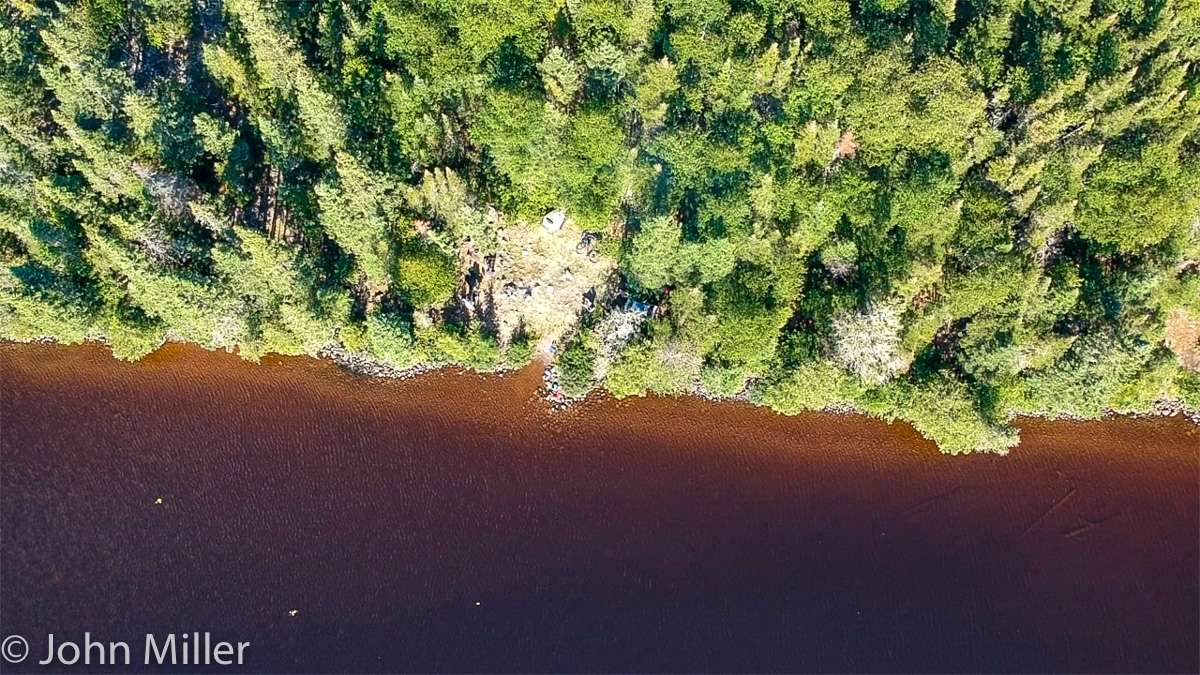 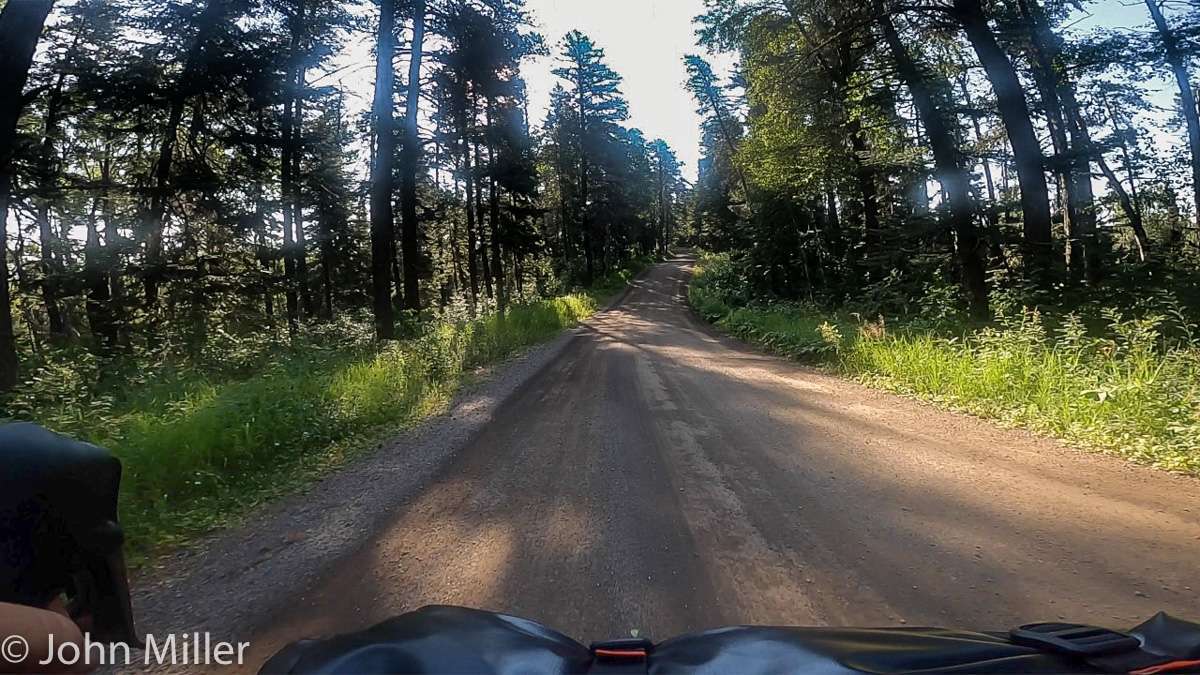 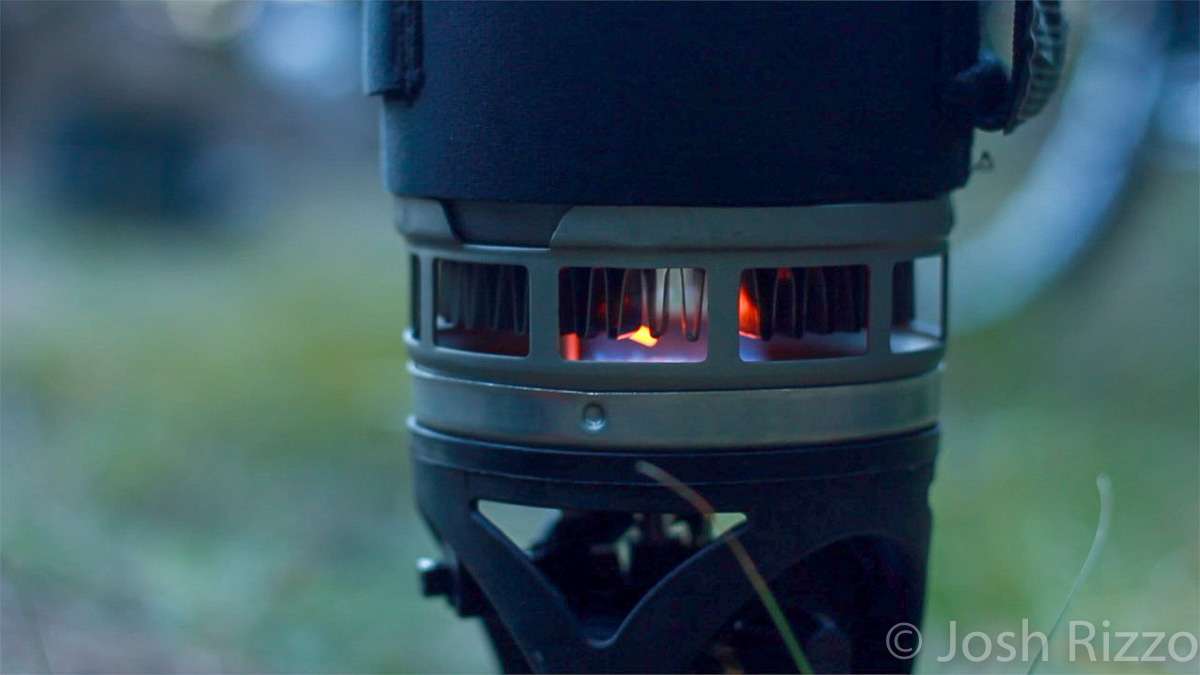 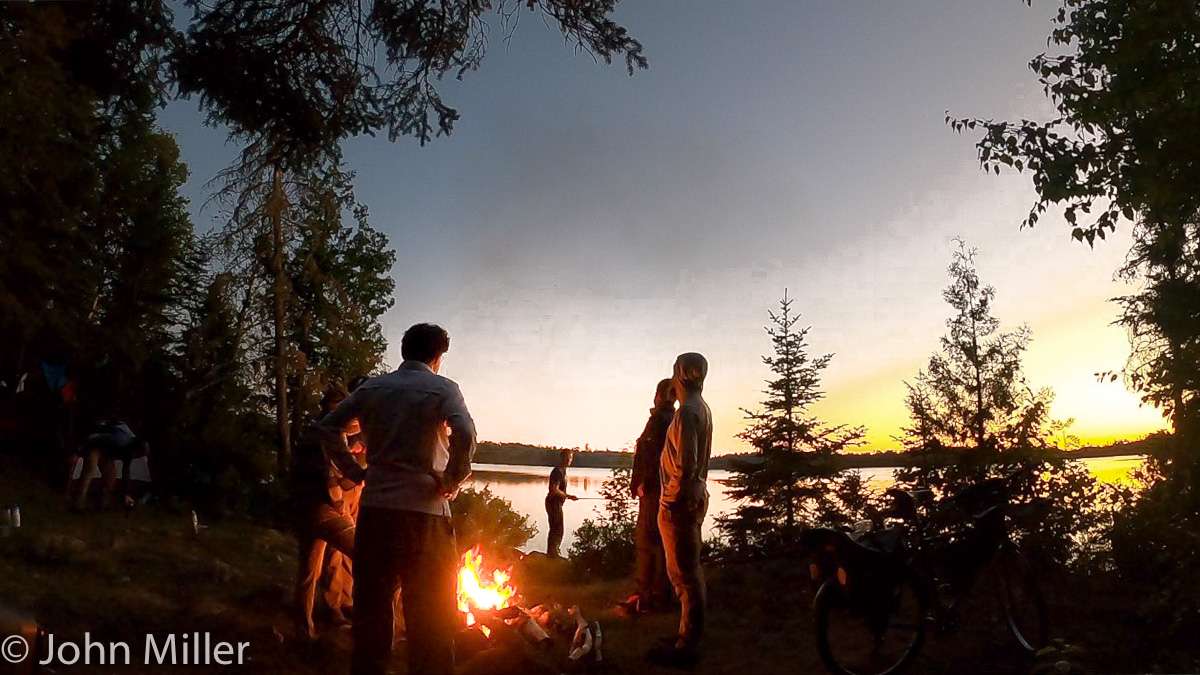 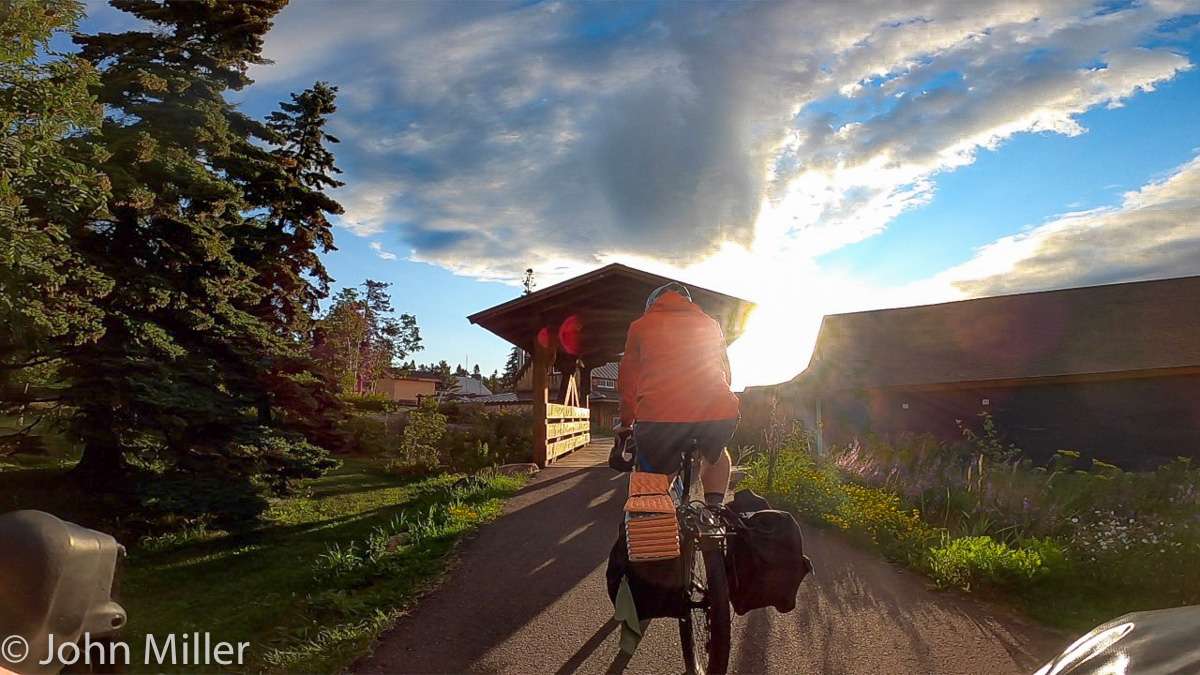 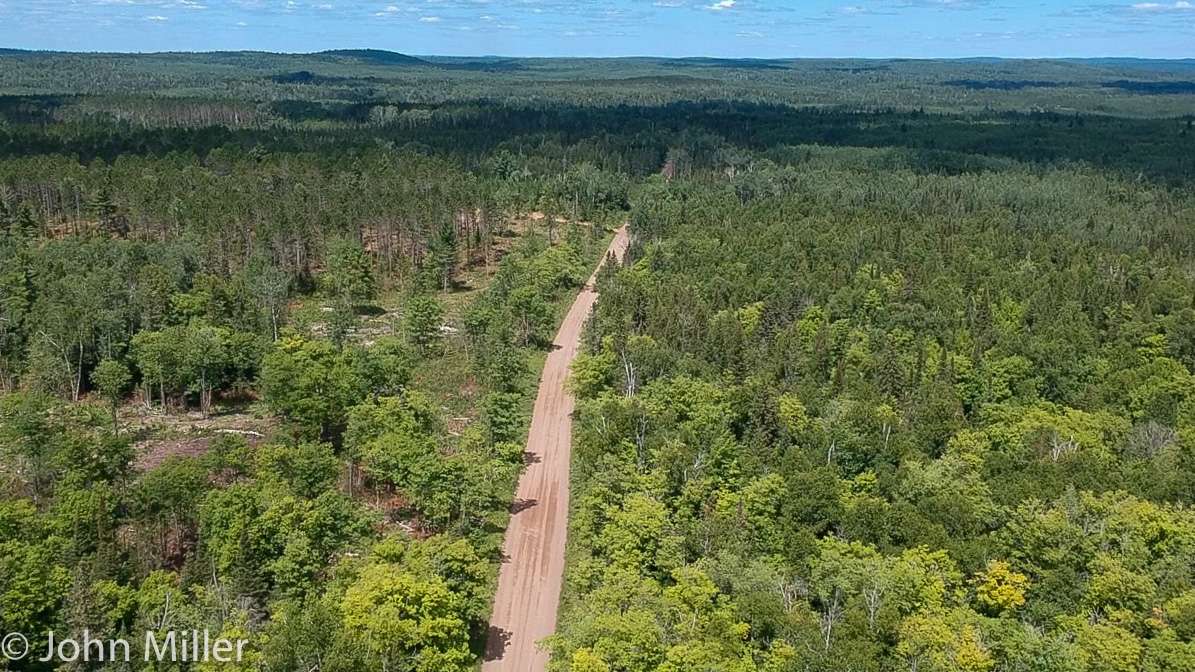 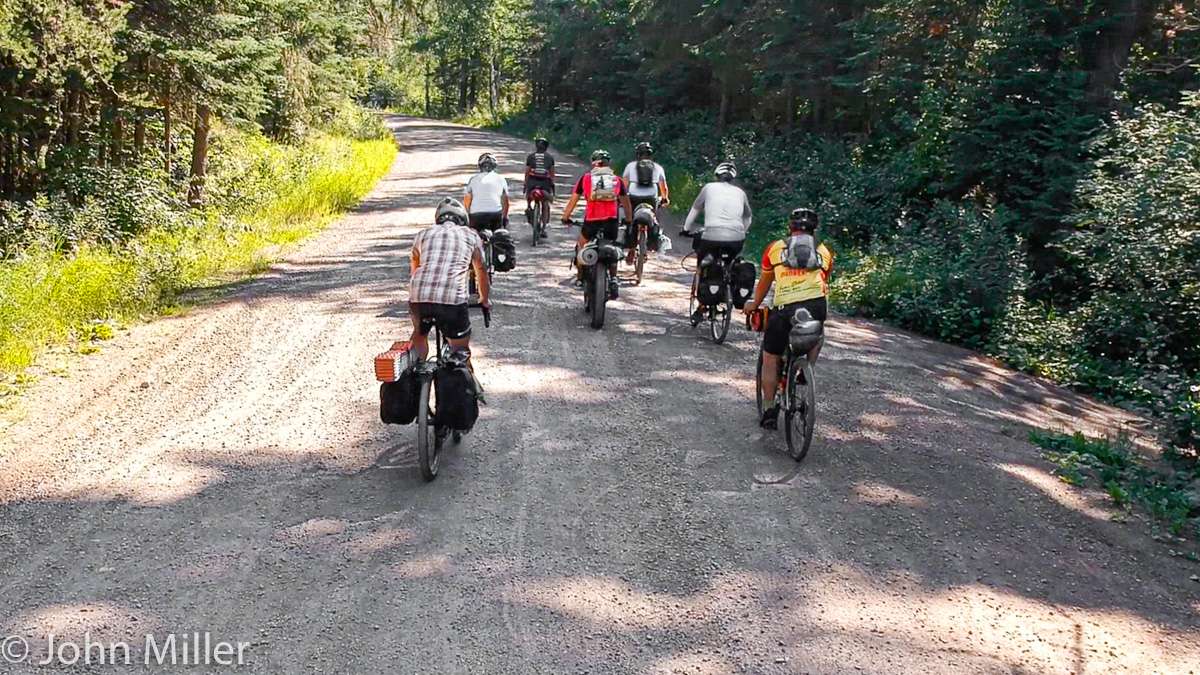 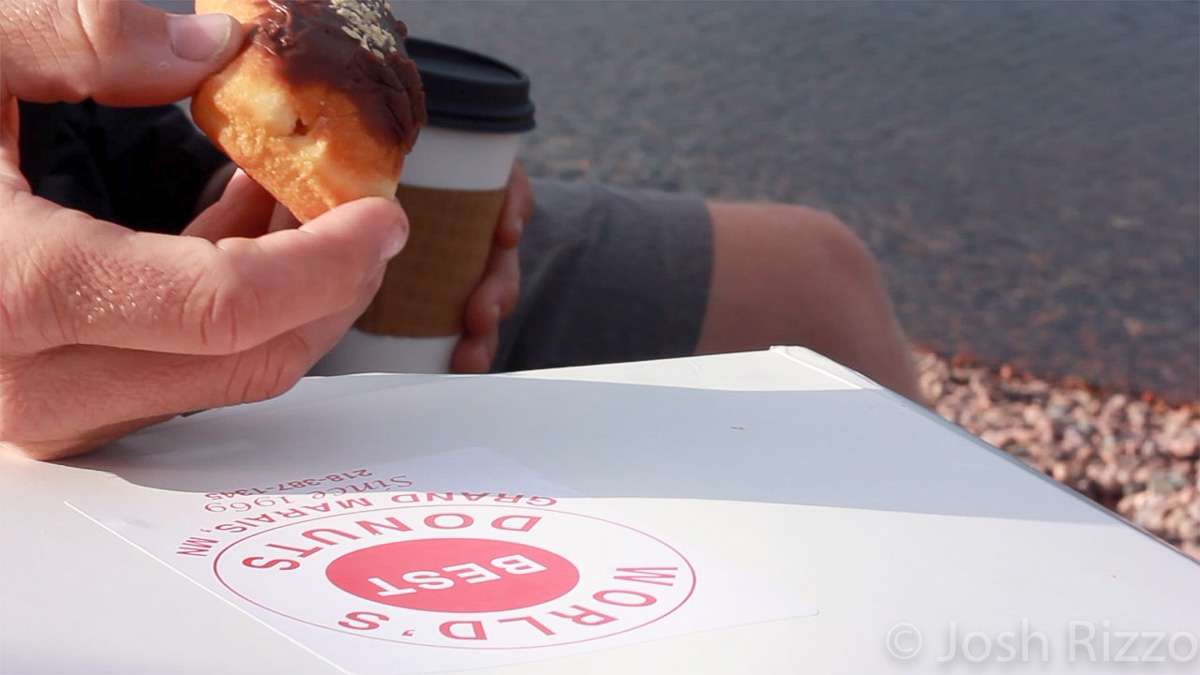 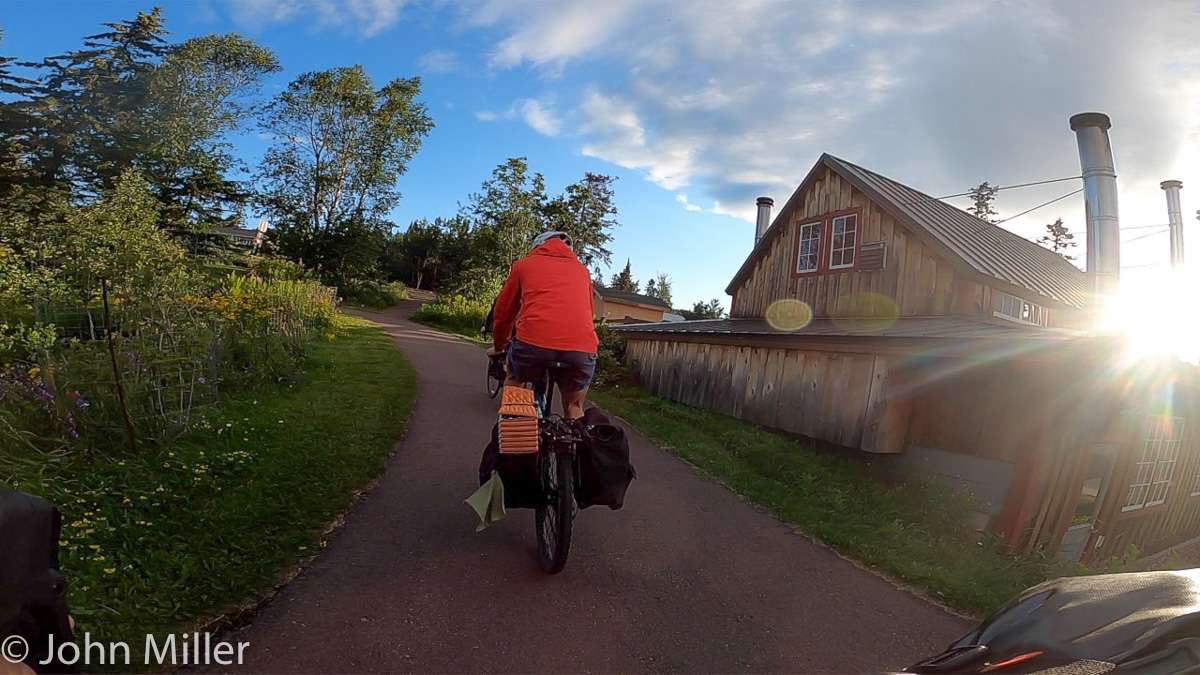 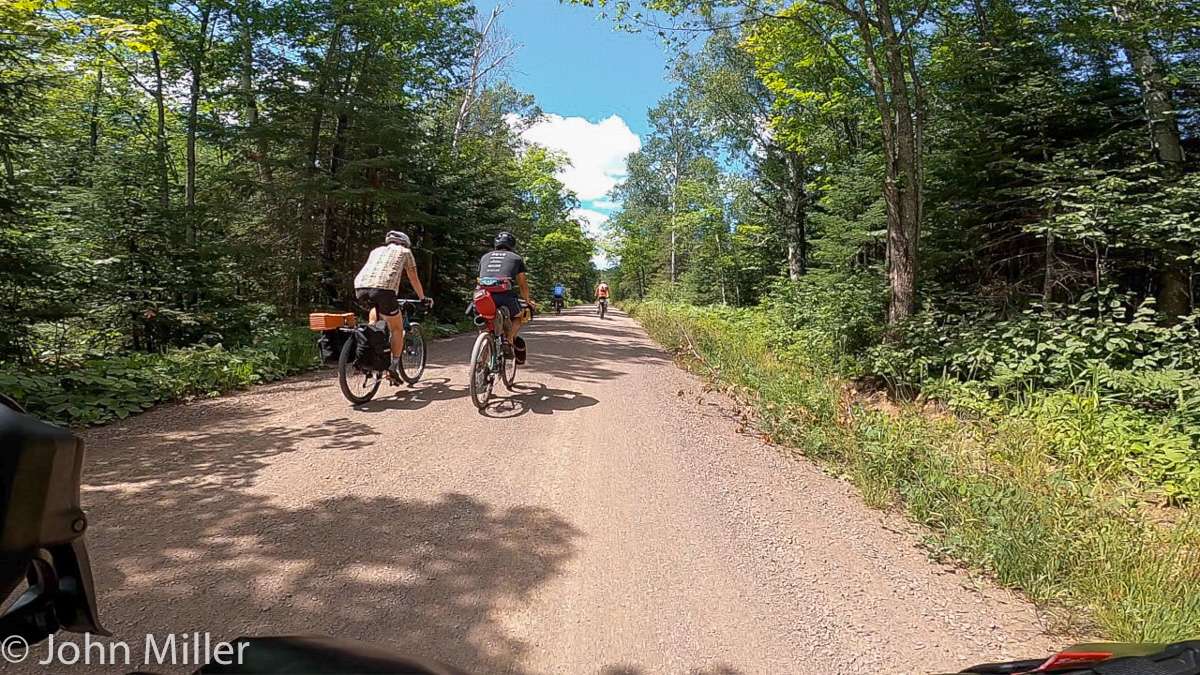 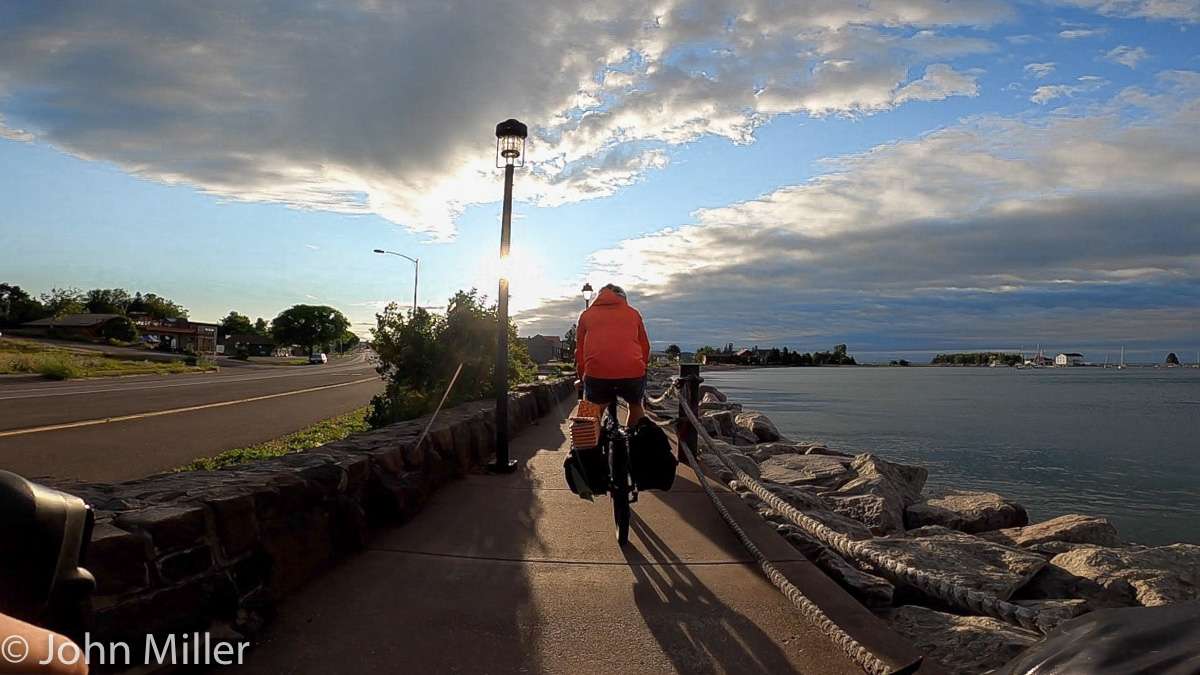 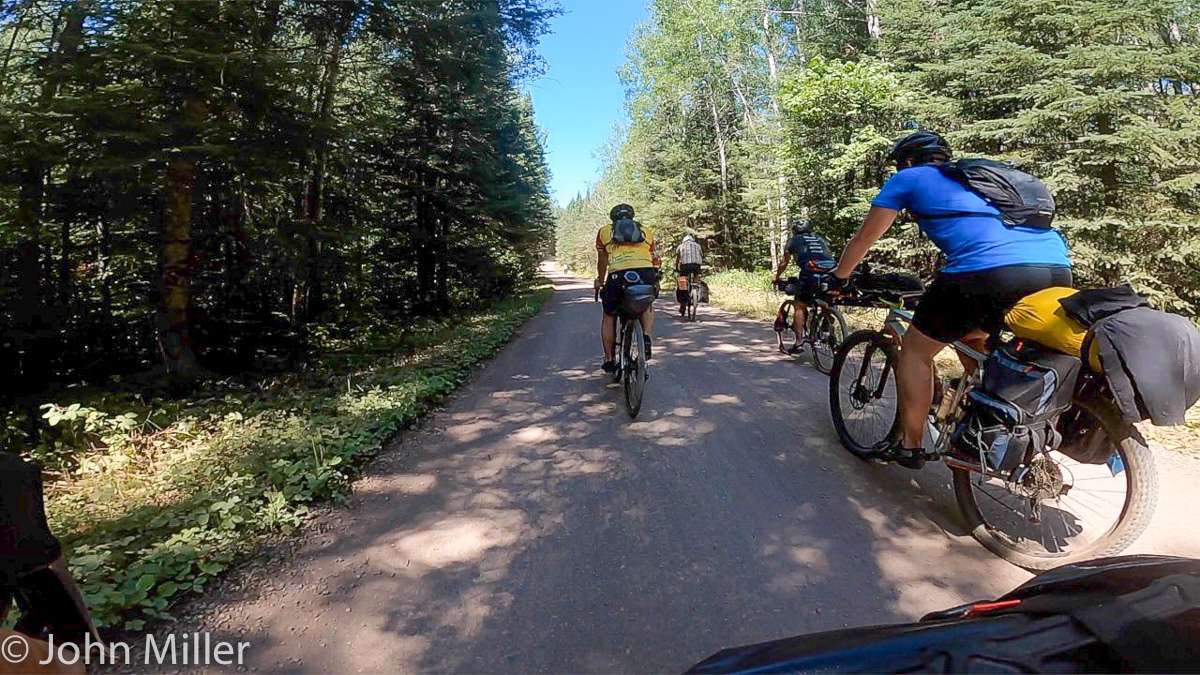 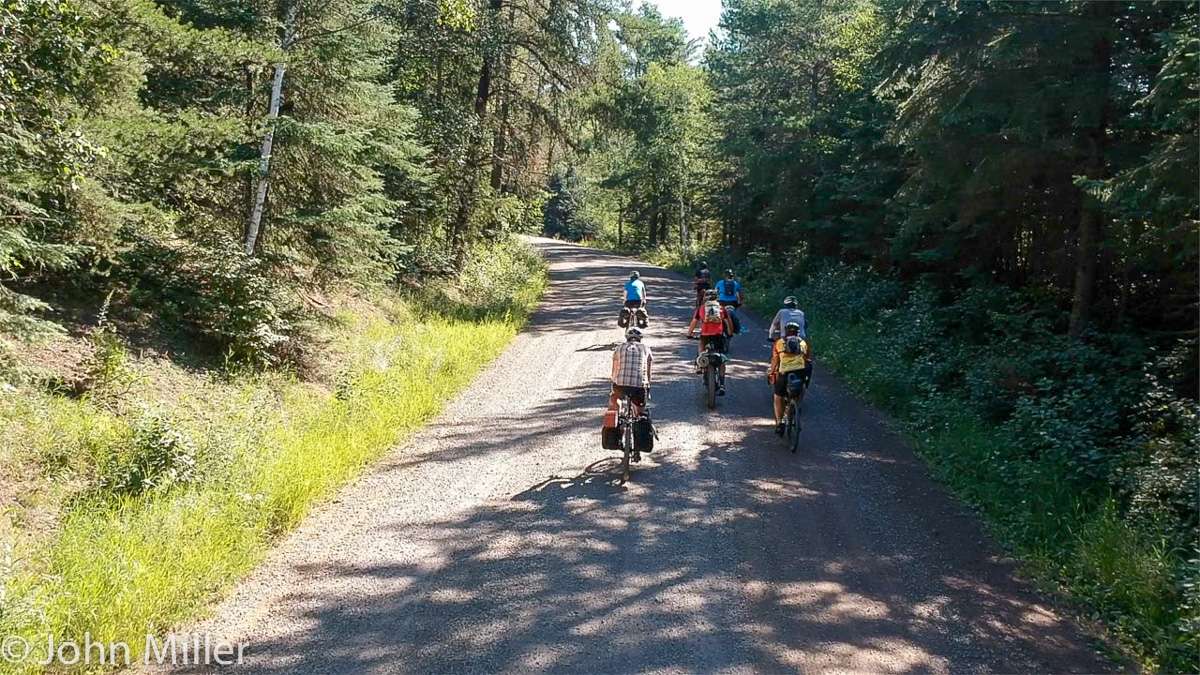 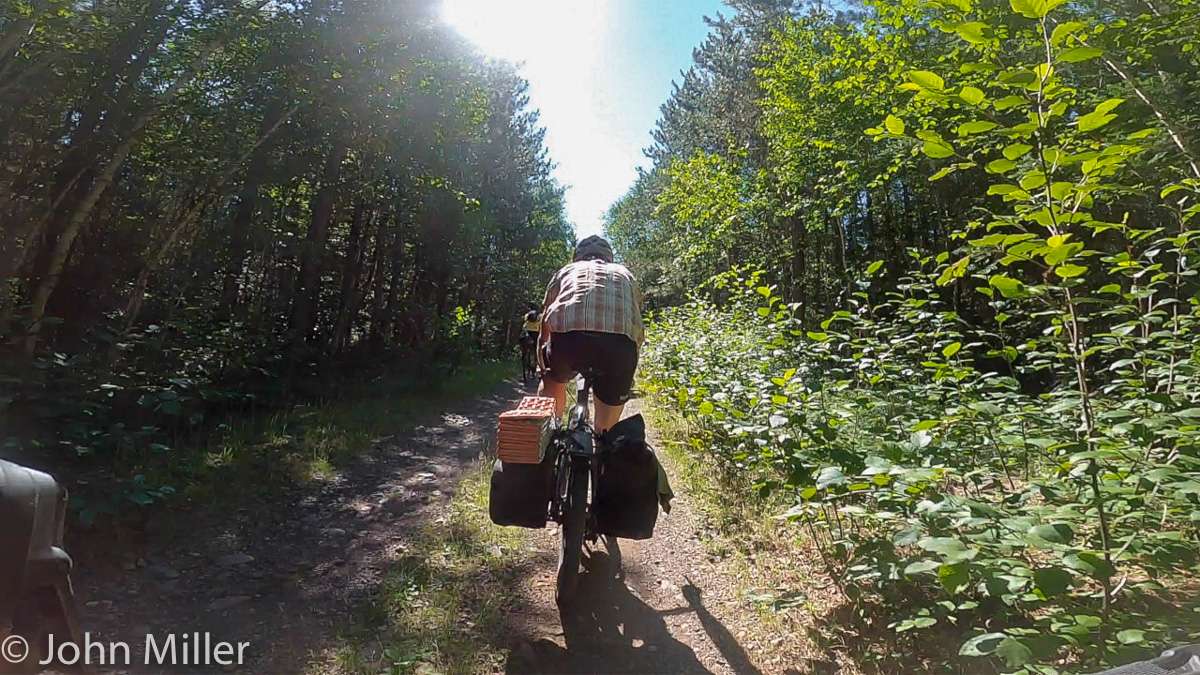 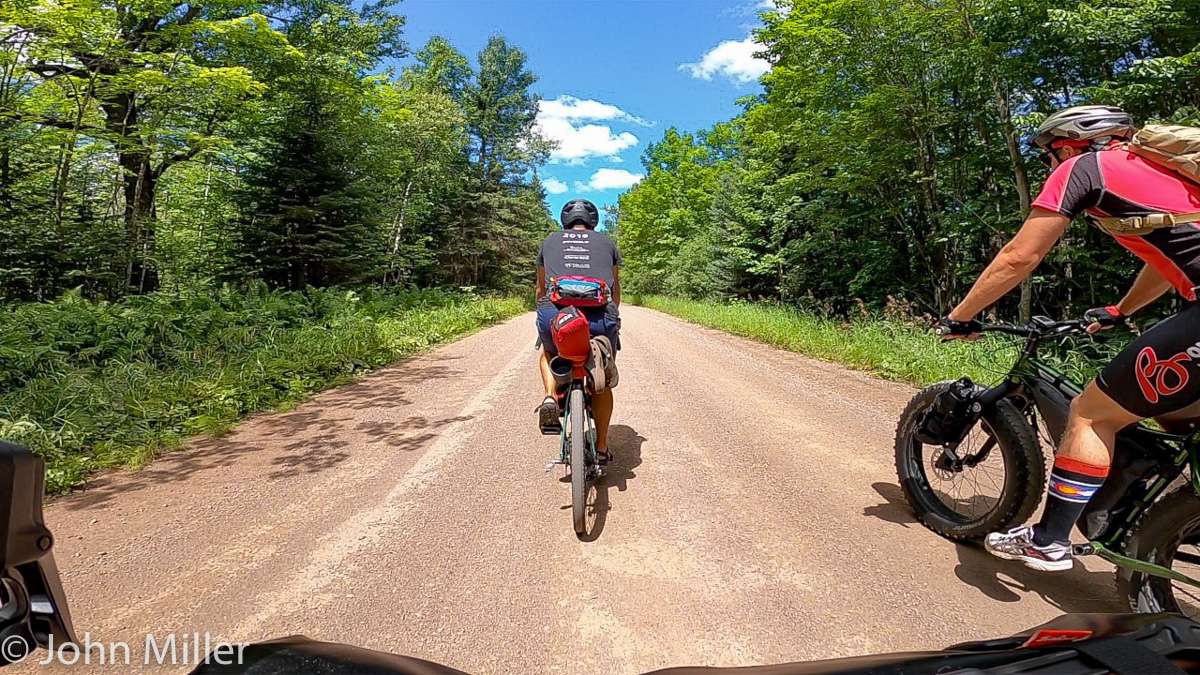 There was only one problem: Campsites. We found campsites, but the vast majority of them were booked, and the few remaining were non reservable. It was the weekend of several very large tourist events in the Grand Marais area. They were eventually cancelled because of COVID, but the crowds still came en masse. I refreshed the reservation websites every day for months. And we made phone calls, lots of phone calls. We called the US Forest Service, campgrounds, bike shops, and even churches. Over the phone, they all had the same answer: “We’ve been booked for months and haven’t had one single cancellation.” One kind-hearted person even told us, “You literally chose the worst weekend of the year. This is our single busiest weekend and you’re not going to find a campsite.”

“What if we just show up to campgrounds?” I asked. “You can try,” she said. “There are a few first-come-first-serve sites, but I doubt you’ll get one.” With eight hearts full of unfounded hope, we embarked on our trip despite having not just one, but three nights with nowhere to stay.

Day One: After navigating the winding gravel roads to Finland, MN and eating a burger at the Trestle Inn, it was time to find our first place to sleep. There was one single non reservable campsite in the vicinity of our first destination. That’s right. Not one campground, but one campsite. Not good odds, I’ll admit, but we had no choice but to check it out. We came to the end of the trail, the forest broke open to a stunning campsite on gorgeous Windy Lake – and no one else was there! We had our first campsite. We swam, we fished, we ate freeze-dried meals, and we couldn’t believe that the prettiest campsite we’d ever seen was just waiting for our group of hopeful bikepackers.

Day Two: Our odds would improve but the circumstances wouldn’t. Our bike ride for the day included a lunch swim on Mistletoe Lake as well as a friendly bear sighting. For the night, we were aiming for a tiny campground of four sites at the Cascade River Rustic Campground. It had more sites than the previous spot, but we’d be arriving on a Friday, which is the hardest night of the week to get a campsite during the light season, and it was the peak of the busy season. We rolled in after a tiring day on Minnesota’s loveliest and crunchiest gravel, hoping that just one site would be open. Here’s what we found. Site 1: taken. Site 2: taken. Site 3: taken. Site 4: Open! We got lucky again and our band of bikepacking brothers just barely scored a second campsite in two days.

Day Three: Beautiful Grand Marais. This would be a tricky one. If we didn’t find an open site at the municipal campground (which they assured us we wouldn’t) we’d have to bike four miles back up the Gunflint Trail (More like Gunflint Mountain) to look for dispersed camping in the dark, dense Superior National Forest. It was technically an option, but nobody wanted to do it. We rolled up to the campground in the pouring rain and found out they were almost completely full for the night – except for two campsites! Luck was on our side again as we managed to find extremely unlikely campsites three nights in a row.

Day Four: On the last morning we stopped at The World’s Best Donuts on our way out of Grand Marais. We enjoyed those sugary rings of dough as the waves lapped onto the shoreline. Our final day of biking treated us to lakeviews, river gorges, and many wonderful miles on the Gitchi-Gami Trail before making it back to our vehicles.

Thank you, Minnesota, for the incredible trails, delicious donuts, and enough luck to get eight guys without a solid plan through three nights outdoors.

Bikepacking Cook County: If You Go

Bikepacking Northern Minnesota is wild. The gravel roads and mountain bike trails are abundant and the options are endless. If you’d like to embark on our route, start at bikepacking.com/routes/straddle-and-paddle/. There are many different variations you can take and the trip overview gives fantastic suggestions for campsites, burger joints, swimming holes, and an optional paddle in the Boundary Waters. The route is best accessed between May and October and can easily be adapted to be anywhere from an overnighter to a five-day epic week on the trail. If you go on this route, please take extra care in following Leave-No-Trace principles. There are many visitors to the National Forest and it’s important to preserve the Outdoors for future generations. My last suggestion? You guessed it. Plan ahead and make sure to set up at least one or two campsite reservations.

Josh Rizzo is a bikepacker from Wisconsin who thinks that short adventures are often more fun than long ones. He loves making his own gear, bringing the family along for adventures, and exploring the Northwoods with a bike bag full of gummy bears and beef jerky. When he’s not biking he makes handmade bike bags for his side project called The Nxrth.

The new Redhead Mountain Bike Park opened a few weeks ago and the Mesabi Trail has added more miles. Time to visit the Iron Range again.

“I hate riding my bike” said no one ever. We’ve custom-curated a list of our top picks for the 2021 bike ride season. Have a look!