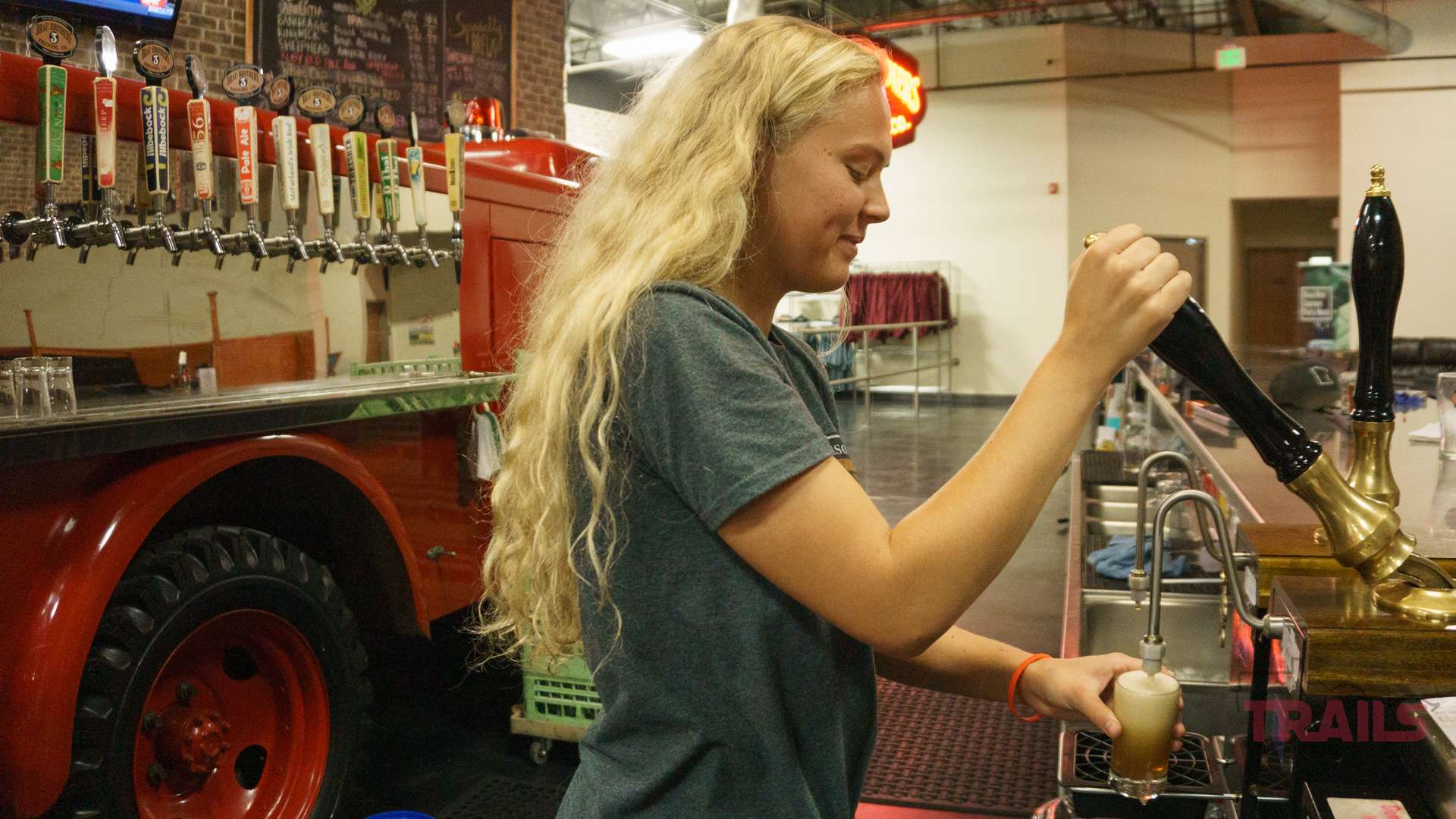 I stumbled out of the rain into the brightly lit taproom of Brau Brothers in Marshall, wiped the rain off my glasses and squinted at the beer menu on the wall behind the old fire truck, rigged with more than twenty taps.  There was a long bar in front of the truck and the rest of the huge space was filled with booths. In the back of the room I could see the familiar stainless  tanks and bottling equipment behind glass. The whole place was sparkling stainless and shiny chrome. Throw in a cherry-red, 1950s, beer-dispensing fire truck and I knew I had come to the right place. 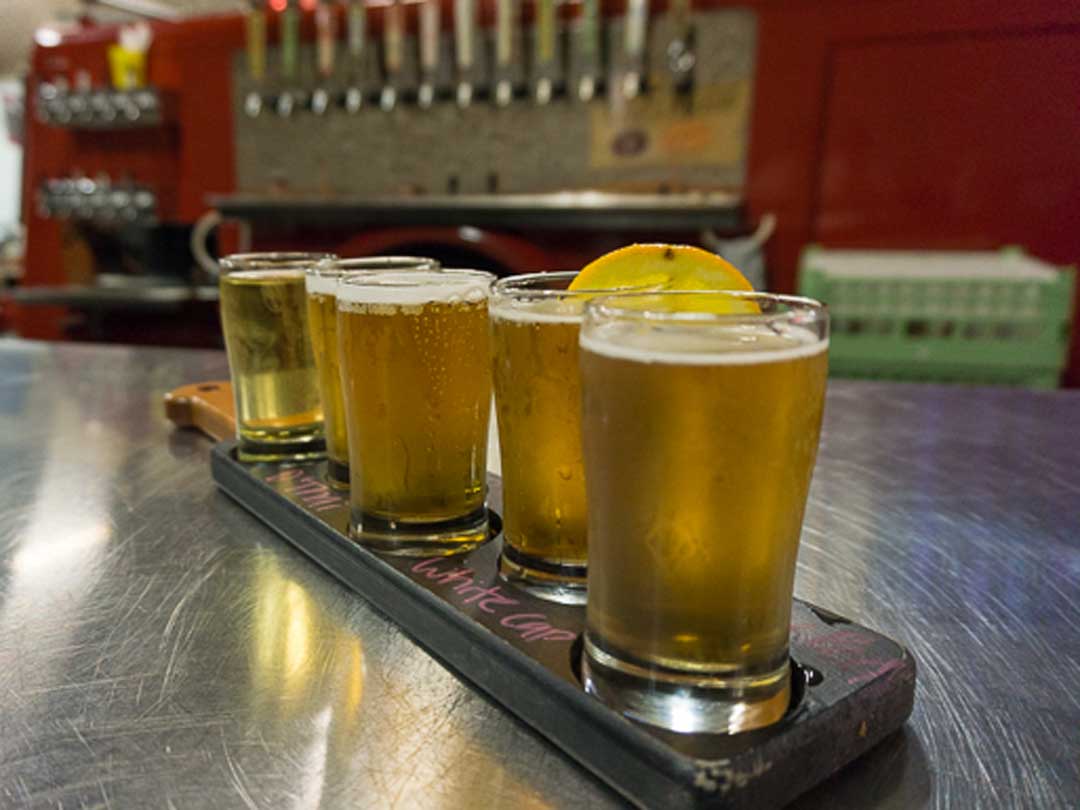 “The truck is a pumper ran by the Lucan Fire Department from 1956 to 2006 and it’s the inspiration for the name of our Light Beer”, said Dustin Brau, owner of Brau Brothers Brewing Company. “The dome light is melted from heat, and the doors are misspelled, but he truck only has 3,900 miles on it and my Grandpa, my dad and my brother and I have all fought fires on the Old 56”.

Dustin started home brewing in the mid-1990s. He and his wife Mary graduated from Southwest Minnesota State University (SMSU) in Marshall with a degree in Culinology and Restaurant Management and started brewing in a restaurant in Lucan, MN “Simply to get people to drive to Lucan to eat”, he said. “The brewing industry blew up, and we were lucky enough to be along for the ride”.

They spun off the restaurant in 2008, and focused primarily on brewing for distribution. Officially, Brau Brothers came into existence in 2006, moved to nearby Marshall in 2013 and took over the former Runnings Fleet Supply building.

The main reason for the move was the ability to expand. “Very small towns make a great backdrop for a brewery, but they often lack the civil infrastructure to support a brewery of any size”, he said. “The ability to house a tap room also played heavily in our decision.  Something that wasn’t even legal just a few years ago, is now an important part of most breweries”. Today, Brau Brothers brews about 6,000 barrels each year, with a capacity to expand to 10,000 barrels. 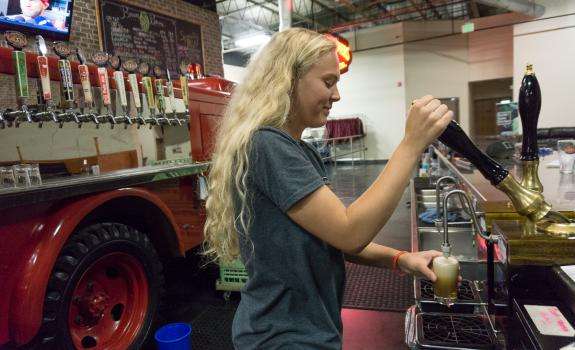 Brau Brothers is the first ever brewery in Lyon County and has spawned somewhat of a home brewing movement in the area. Members of SMASH, the Southern Minnesota Academic Society of Homebrewers, meet regularly at the brewery and it’s no coincidence that the craft beer appreciation and advocacy group formed when Brau Brothers moved to Marshall.

“Marshall has been extremely hospitable to the brewery and we receive tremendous support from the community – both from local beer lovers, and from the municipality”, said Dustin.

Jason Anderson and his wife Angela who visit the taproom two or three times a week share this local love. Jason is a member of SMASH and likes to stop in for a pint after his marathon training on the Camden Regional Trail. “I like the environment of the taproom. It’s a local business and we like to keep it local”, he said. “Home brewing is really taking off here and even the local hardware store started carrying home brewing supplies.”

These are my recommendations:

1.  Moo Joos Oatmeal Stout was my favorite. I’ve had it in bottles before, but it was even better on tap with just the right amount of sweetness. Very drinkable.

2.  Ivan the Great Russian Imperial Stout was a close second This one packs a punch with heavy malts and lots of hops, and it warmed me up with its 9%ABV.

3.  Old 56 It’s their lightest, least-hopped beer, so you can take that one guy you know who ‘doesn’t like heavy beers’ and bring him along. This one is a great all-day beer witj just over 4% ABV and only 10 IBU.

The Route:
I started from SMSU parking lot to explore Marshall’s city trails, which turned out to be a good way to see the city and its parks.They are a combination of signed street routes and standalone trails. 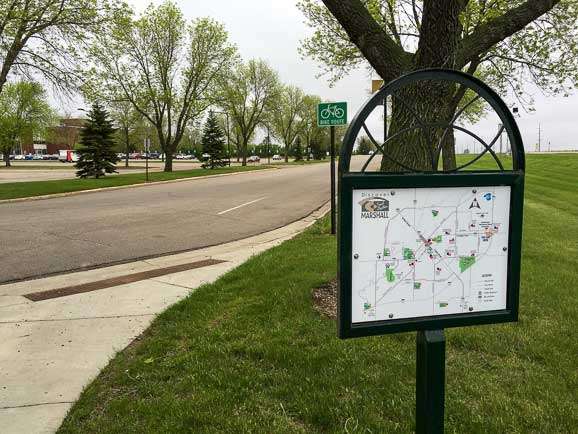 I was most curious about the Camden Regional Trail connection from Marshall into Camden State Park, though. The connecting city trail took me from the SMSU parking lot on the east side of town north along Highway 23, then east across the Redwood River on the north side of town (think counter-clockwise). On the west end, the trail turned back south along a dike and flood diversion channel. 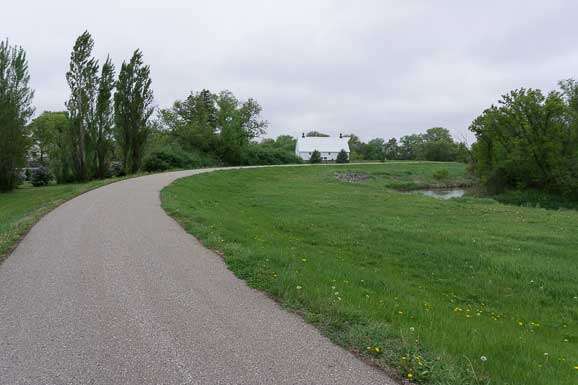 Camden Regional Trail next to the Redwood River 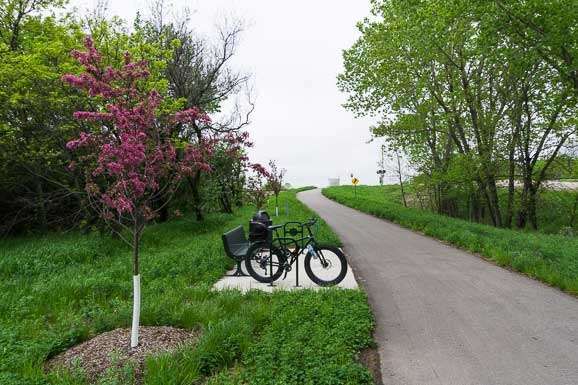 Newly completed benches and plantings along the trail 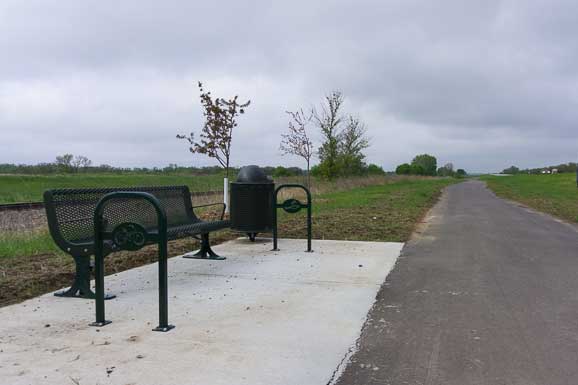 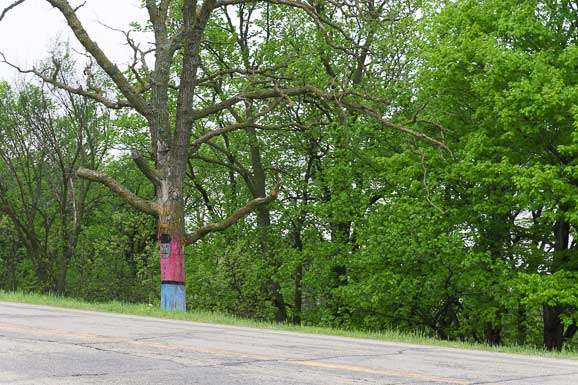 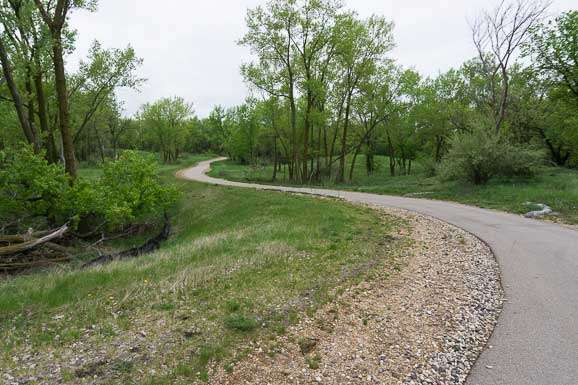 A one-mile road route hooked up with a scenic trail section that hugged the banks of the snaky Redwood River. Finally, at Victory Park, I reached the access to the Camden Regional Trail. From there, it followed Highway 23 past the village of Lynd to Camden State Park southwest of Marshall. 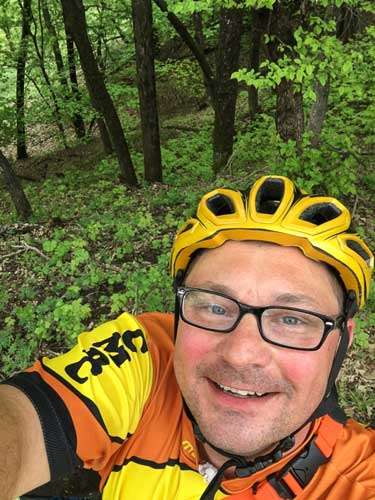 I zipped down into the park through an area that was once a stone quarry, but is now covered in younger cottonwoods. At the ranger station I picked up a map of the park. Instead of turning around and going back the same way, the ranger suggested I make a loop through the park on the mountain bike trails and connect with County Road 25 that runs right through Lynd-Good thing I was riding my Pugsley.

Think of Camden State Park as a crumpled-up funnel stuck into a flat landscape with the Redwood River at the bottom. Inside the steep walls of the funnel, the trails are challenging and I admit I pushed up one hill. Once you get to the rim of the funnel, the terrain is gentler. As I made my way along the western edge of the park on the rim of the Redwood River Valley, I followed the Bluebird, Dakota Valley and Camden History Trails and a new half-mile feature the ranger called a ‘rake and ride’ trail, which is easy to construct and is supposed t ohave less environmental impact. To my left was undulating prairie, to my right, a tree line and a steep drop behind that. The last bit of the Camden History Trail descends back toward the river and gets rocky and steep. I took the opportunity and walked a little. 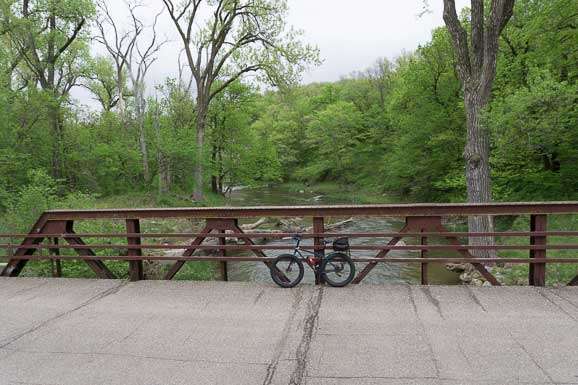 Bridge across the Redwood River at Camden State Park 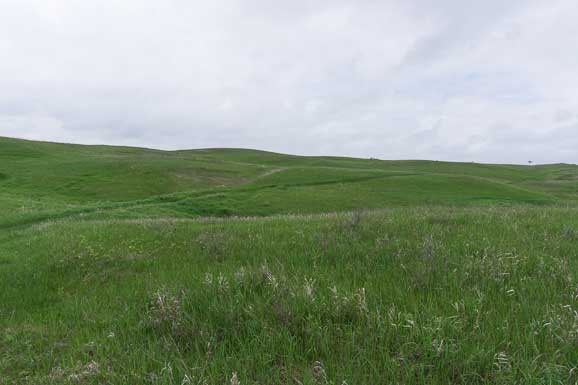 The rolling hills of the Bluebird Trail 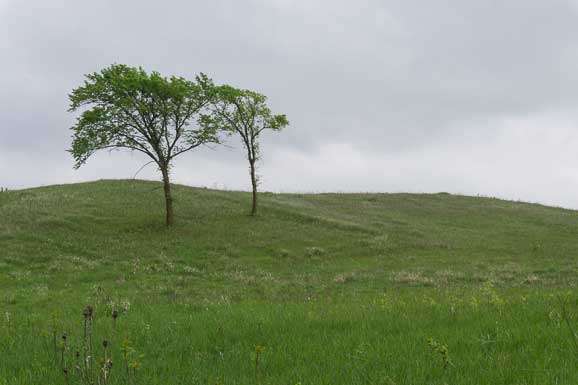 Just like the ranger said, I popped out of the woods and found the road back to Lynd, where I hopped back on the trail. By the time I got back into Marshall, I had covered about 40 miles. (In an earlier post I wrote about not having a speedometer or GPS, so this is an estimate)

What a great ride! That’s what I like about having a multi-terrain bike.