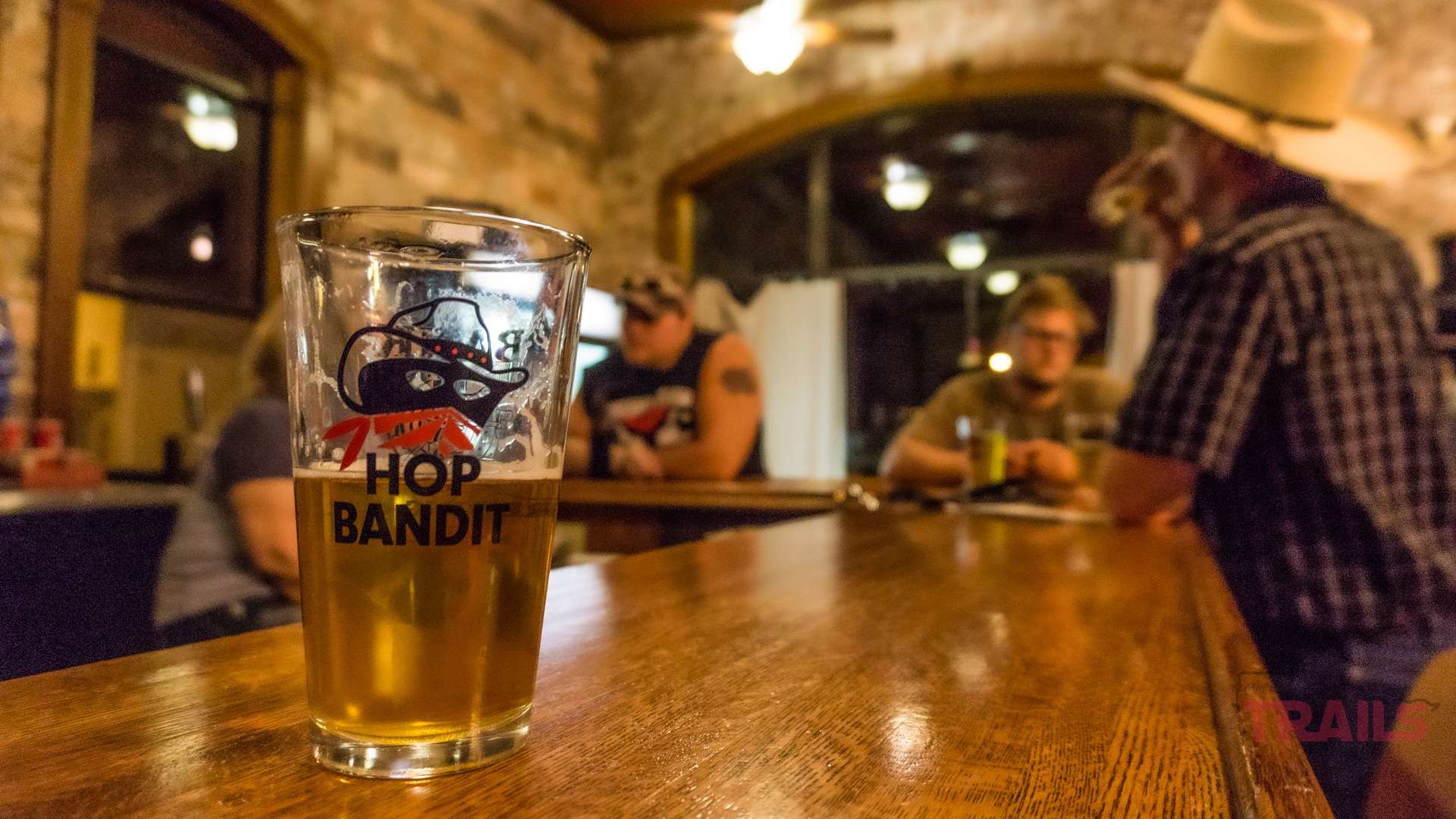 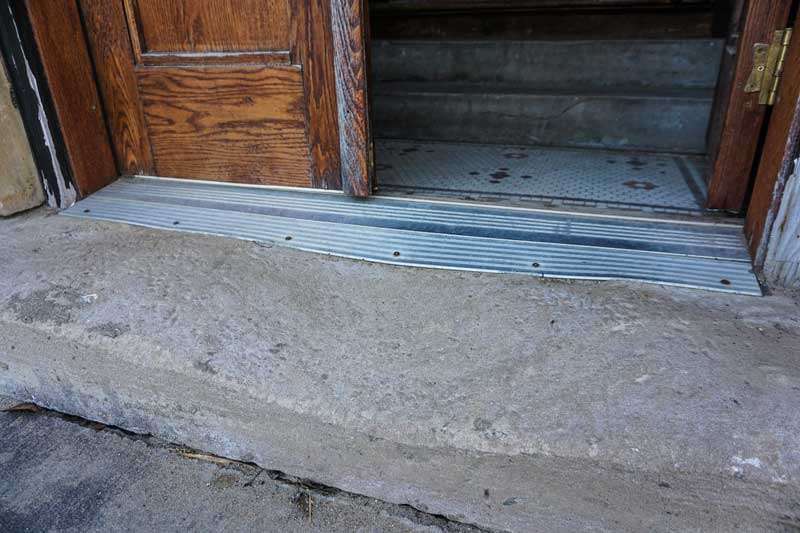 The stone steps leading into Bank Brewing Company’s taproom were worn down from decades of foot traffic. That’s the first thing I noticed after I locked my bike to a nearby signpost. I did so out of habit and not because I felt it was necessary. The streets of Hendricks were empty on that Saturday night, except for a few lazy golf carts puttering through the alleys. It was near sunset and there was a glow coming from inside the taproom. 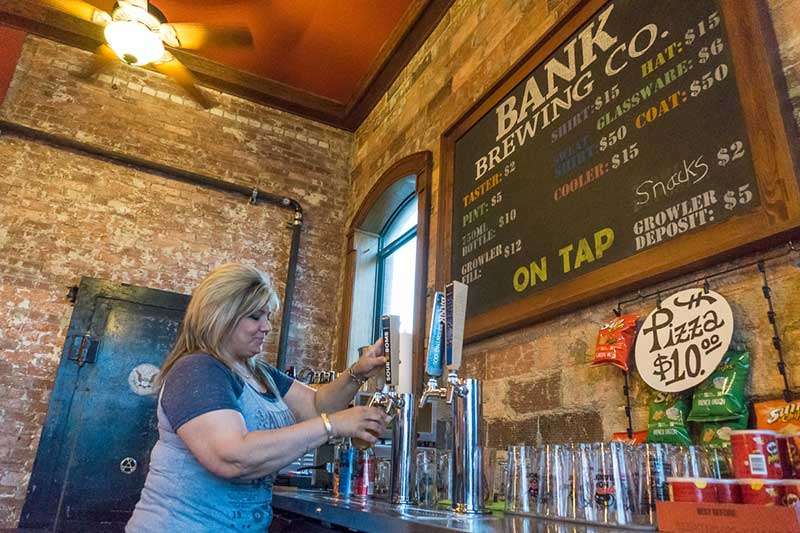 “It’s slow today because all the regular guys are on a branding run”, said Tammy Dumke, taproom manager and public face of Bank Brewing. Here in rural Hendricks, just a couple of miles east of South Dakota, ranchers get together regularly to rope and brand new calves and that has priority even over visiting the taproom. 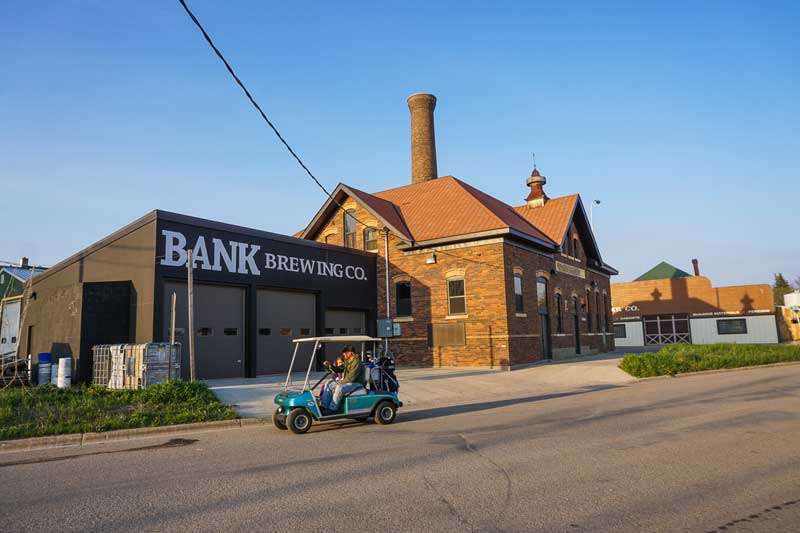 Bank Brewing is housed in the old Farmers Creamery

The small space was inviting and I settled into a corner of the counter to take in a flight. The old Hendricks Bank building housed a café for many years after the bank closed, but had been sitting empty in recent times.

“This place was in such bad shape, the ceiling was about to cave in”, said Tammy. The plaster was removed to expose the brick underneath and the room still had the large arched windows, tile mosaic floors, coffered ceiling and even a vault door. An old sign on the wall payed homage to Irene’s Café, a local favorite for many years.

A few guests trickled in. Taylor Stoddard and Whitney Fuller from Sioux Falls, SD are regulars. “We come here for Tammy and the beer is excellent”, Taylor said “We love craft beer and this place has a better hometown feel than others and it’s the only place where they’ll go to the brewery and get more beer if they run out”, he said. Tammy confirmed she has had to go around the block to the brewery in the old Farmers Creamery building and get a full keg on a busy Saturday night. 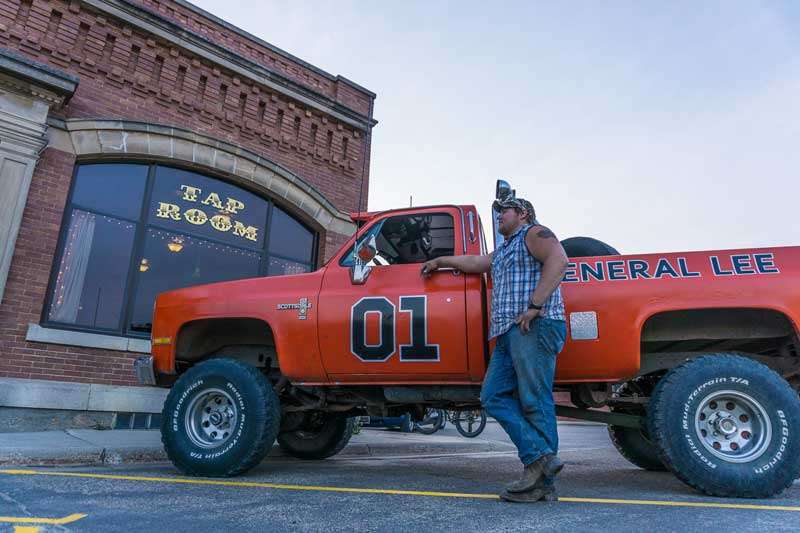 Matt Victor and his General Lee in front of Bank Brewing

I chatted with Keith, Tammy’s husband, who stopped in for a pint after chores. His great-grandparents immigrated from Germany and settled near Hendricks. Arriving late in the year in an area sparse with trees, they spent their first Minnesota winter in a one-room sod house. “I’m surprised they made it”, he said.

They did make it and found a hometown and community that sticks together to this day. “We’re a long way from anywhere. People still buy food at the local grocery store, eat at the café and shop the stores”, Keith said. “We like it here”

Owner Jason Markkula agreed. Although he contributed a lot of the brewery’s success to visitors to Lake Hendricks since he opened in 2014, he said locals embraced the idea of a microbrewery and taproom in this community of 800. “I can think of several people that aren’t necessarily beer drinkers, but they come in for a pint on a regular basis, just to support the brewery”, he said. It’s this local connection that keeps the doors open when the visitors go back home.

“Hendricks is an anomaly”, he said. “In a time where small towns are dying, this town continues to thrive. The whole community has wrapped their arms around the brewery.” 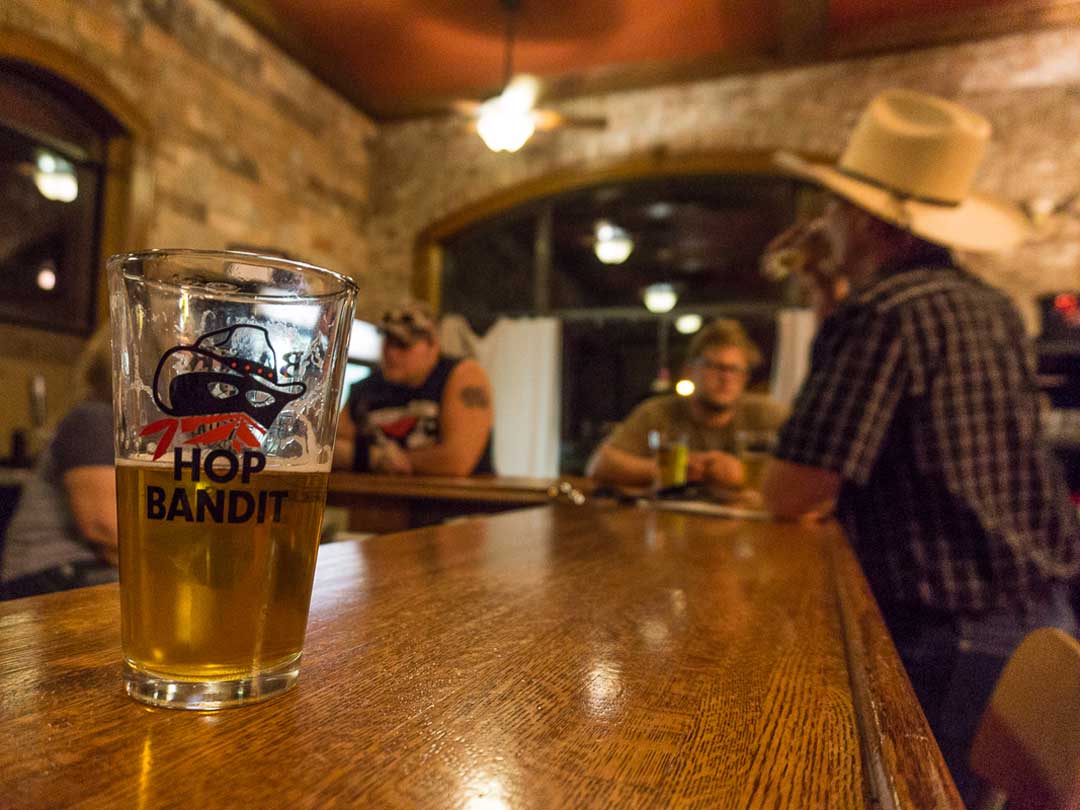 These are my recommendations:

1.  Sour Bomb This one hit the spot after a long day. Tart, punchy, effervescent and refreshing, it is a lot like Berliner Weisse. You can add Monster Energy Drink and make it a “Dirty Smurf,” but that’s between you and the beer gods.

2.  Foreclosure This wine barrel-aged barley wine is heavy, sweet and hoppy. It clocks in at 12% ABV and 100 IBUs, and I’m a sucker for sweet and heavy. It would really shine in the winter, like at the annual Hendricks Fishing Derby.

3. Hop Bandit Dry-hopping makes this one an all-day beer. The hop flavor is subtle and fresh. 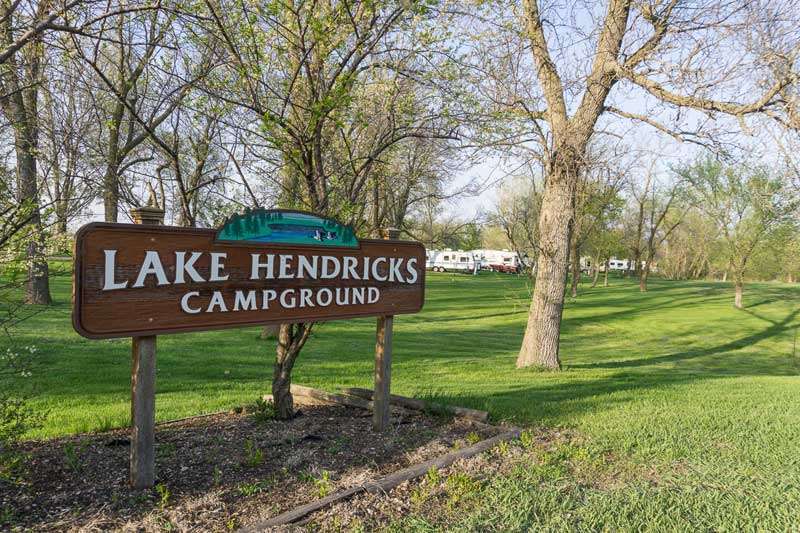 I stayed the night at Lake Hendricks Campground in Lake Park. Lake Hendricks is the source of the Laq qui Parle River that flowed just a few feet away from my tent. The campground was clean and had a wonderful setting on the river. For $12 a night you get clean bathrooms and showers, and a campsite with a fire ring, picnic table, water and electricity. The campground was just over a half of a mile away and a footpath to town left directly from my campsite. They knew I was coming, I think. 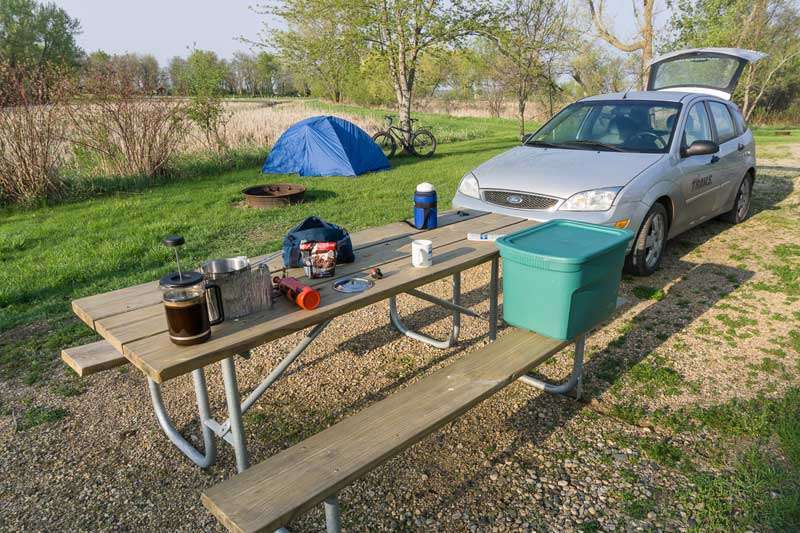 Hendricks doesn’t have a bike trail, but the road riding is just fantastic. In the hour or two that I was riding, I may have seen half a dozen cars. The terrain is flat with some undulating hills and you can see for miles and miles. 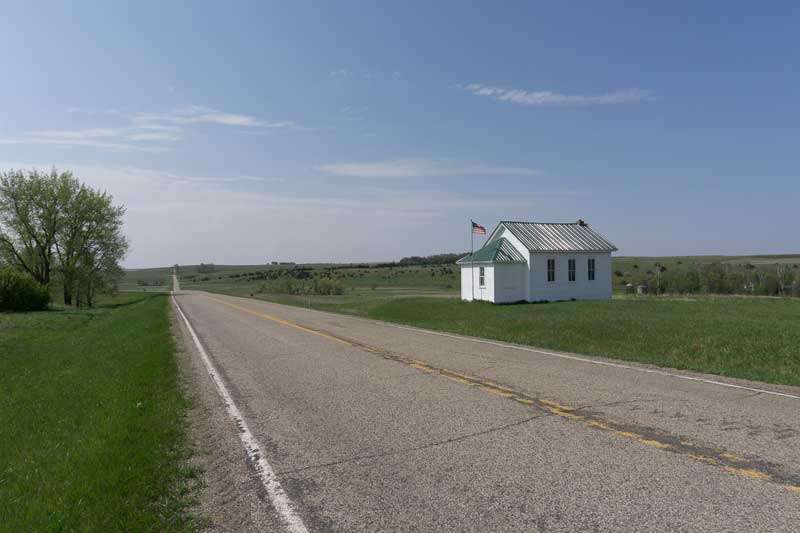 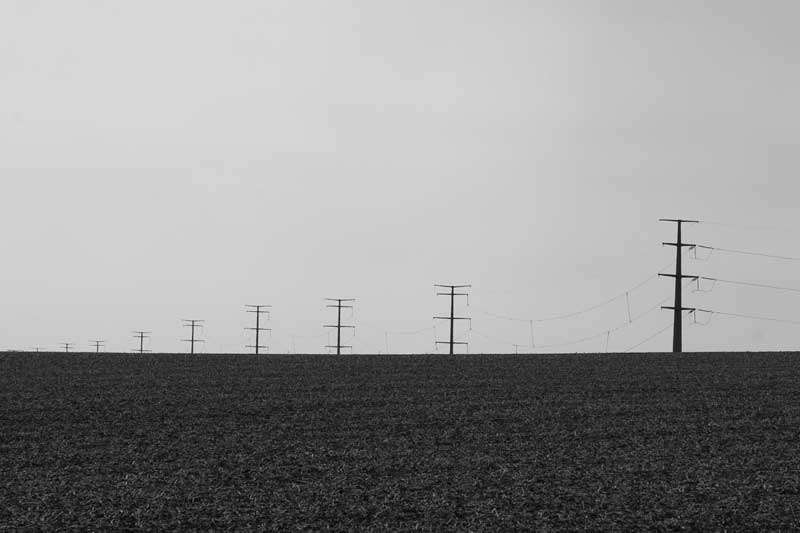 This one called for black and white 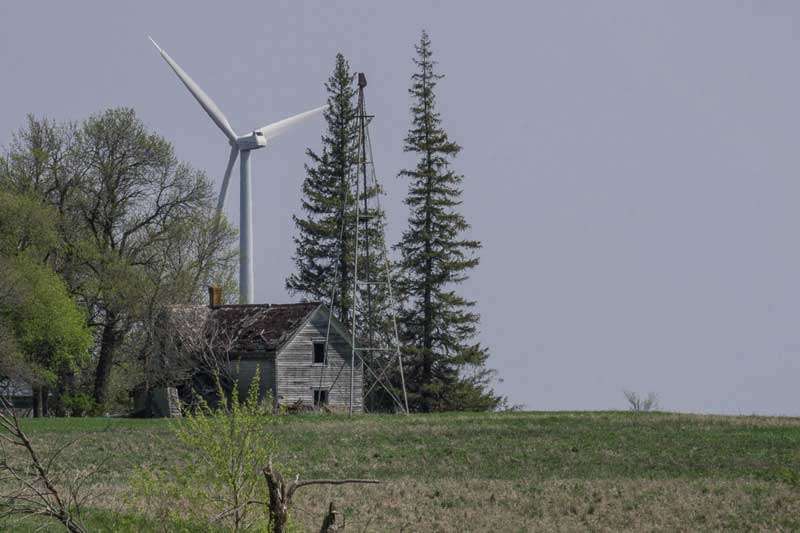 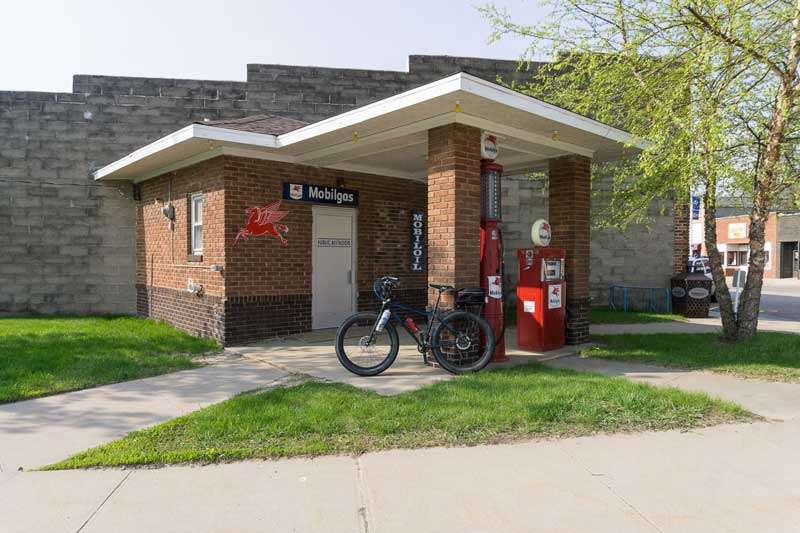 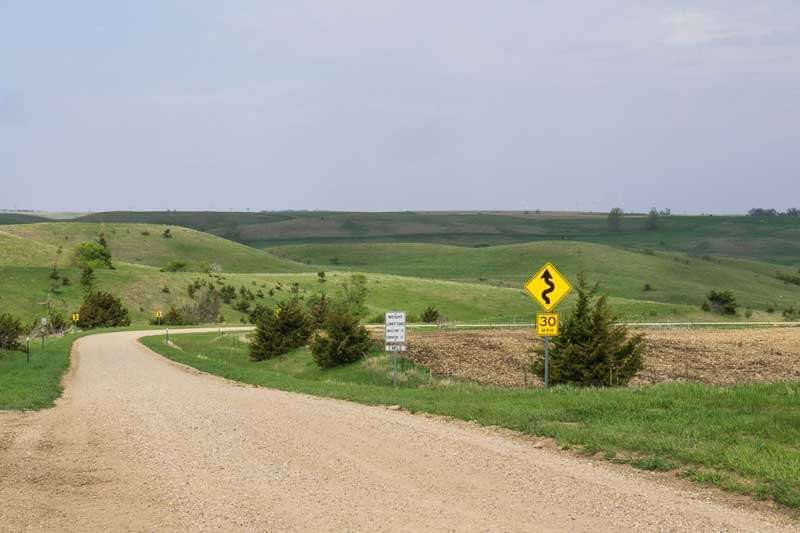 At one point near the Minnesota/South Dakota border I turned off the tar onto a gravel road past Lake Hendricks State Recreation area. The gravel ride was only 2 miles long, but left me wanting more. It was a great little ride with a steep descent, no problem for the Pugsley. It was my first visit to southwestern Minnesota. The scenery was just breathtaking, because you can see so far, yet see so little at the same time. If you have agoraphobia, this is not your place.

I’m working on getting Map My Ride or a similar GPS tracking system. If you visit, follow this route:

Arrive back at Lake Park

The soft opening happened in 2020, but now there’s ten more miles on the ground at Redhead.