The Root River and Harmony-Preston Valley State Trail system in the heart of southeastern Minnesota’s Bluff Country is one of the major trail destinations in Minnesota. (Read a story about a bike trip on the trails.) Scenic views, historic buildings and points of interest along both trails attract visitors from all over and the rural communities in this trail network provide many services. Campgrounds, bed and breakfasts, restaurants, museums, outfitters and unique stores can be found in many of the trail towns. Read more … 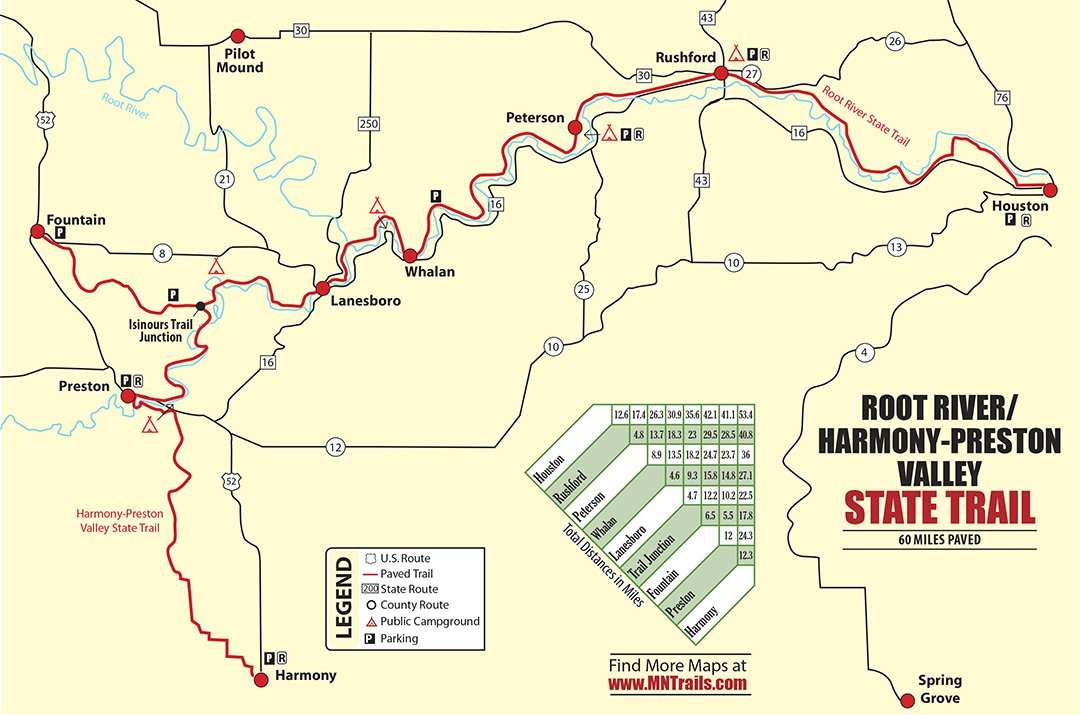 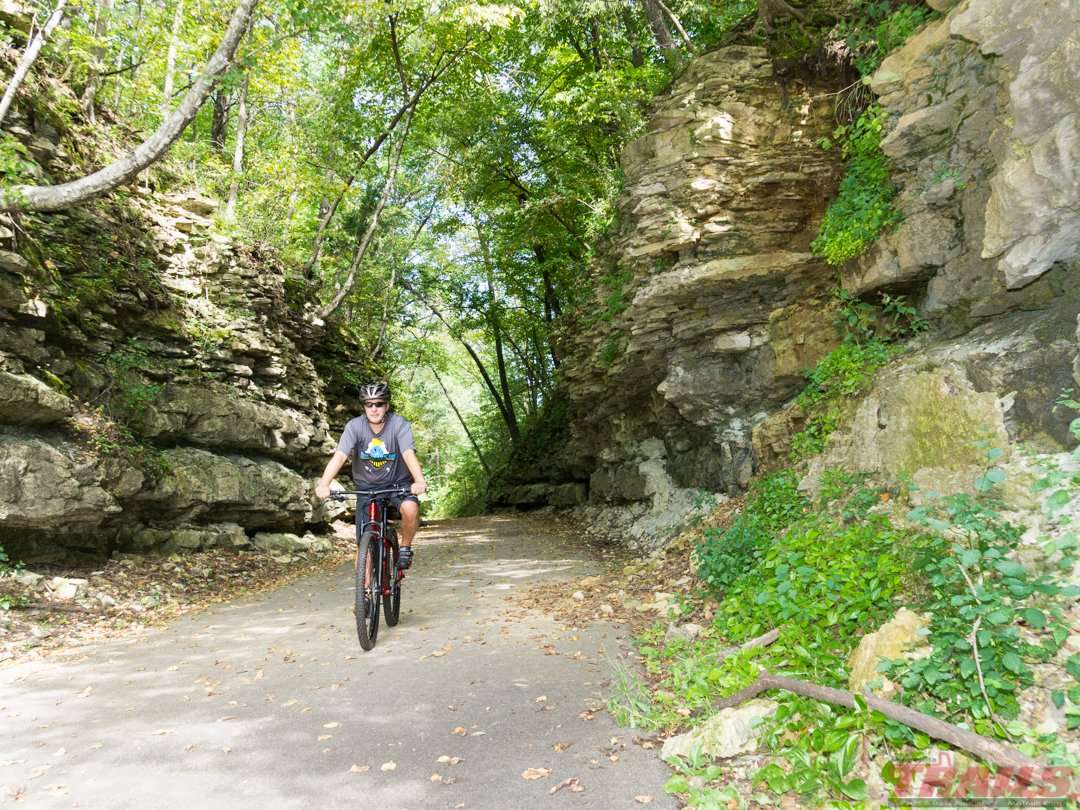 The Root River Trail runs from Fountain all the way through Lanesboro, Whalan, Peterson, Rushford and Houston for a total of 42 miles. The former rail bed follows the meandering Root River through spectacular limestone bluffs, picturesque farms and small towns. It is generally flat and level, except for short stretches on its eastern segment. 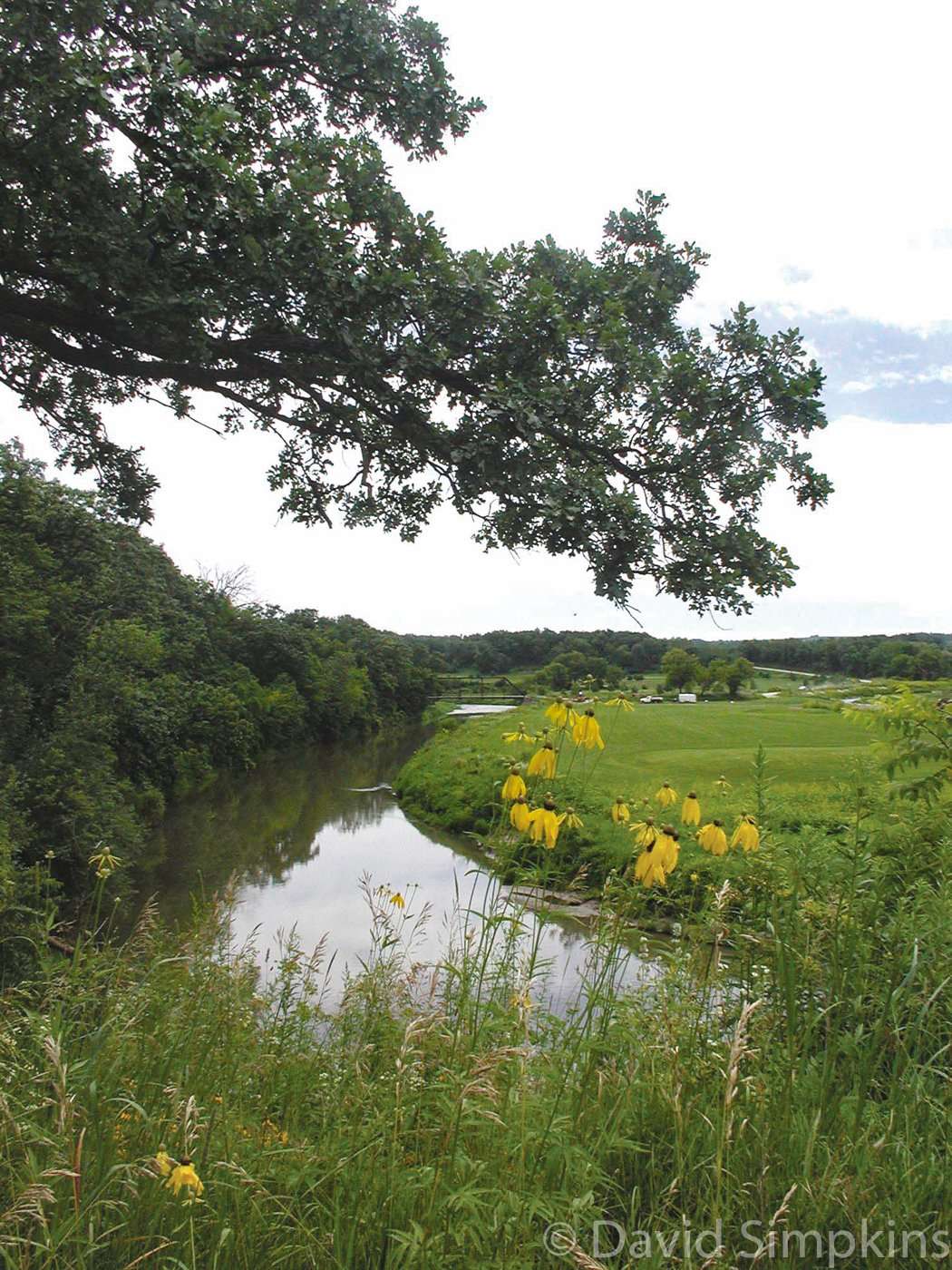 The river is a constant companion on the Root River Trail 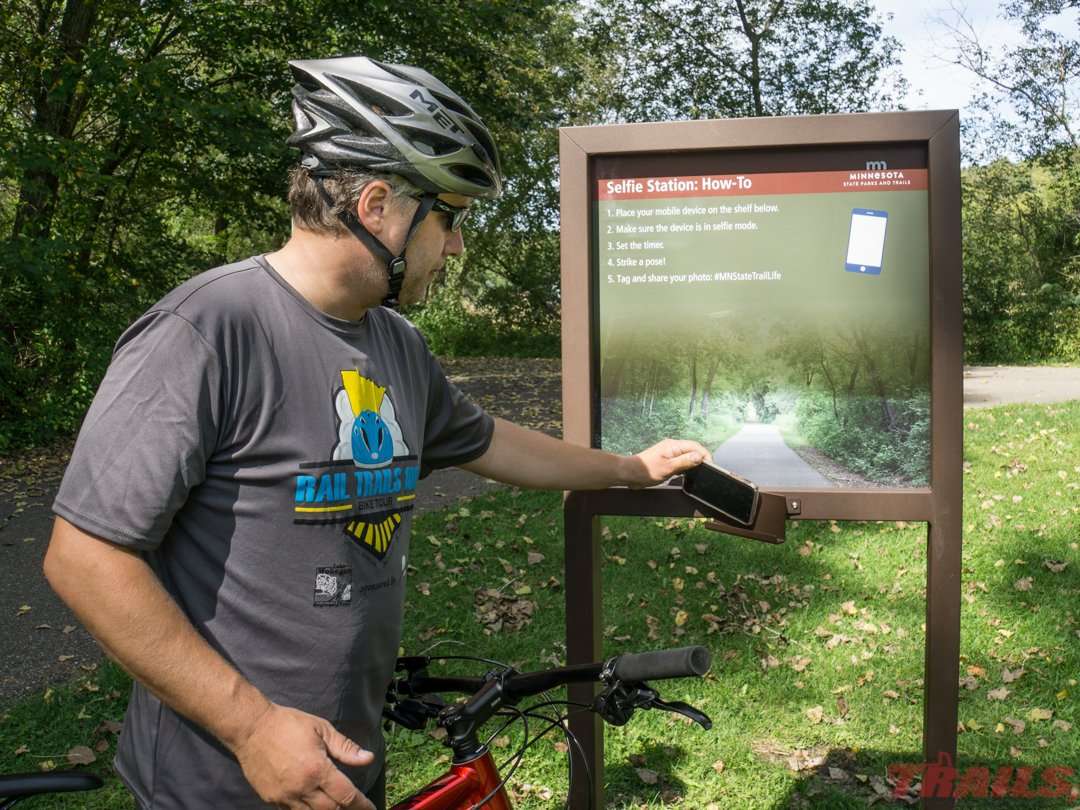 At Isinours Junction, trail users can take a selfie at the MNDNR selfie station-one of ten around the state

At Isinours Junction it connects with the 18-mile-long Harmony-Preston Valley Trail, which connects the two communities for which it was named. The northern two thirds of this trail are built on abandoned railroad grade and are fairly flat. The southern segment leaves the constraints of the railroad bed and climbs to the rim of the valley with great views of the countryside. Stop and see a large sinkhole at the Karst Interpretive Site a half-mile from Harmony. A similar site is about a mile from Fountain on the Root River Trail. Summer uses on both trails include hiking, biking and inline skating. Parts of the Root River Trail are groomed for cross-country skiing in the winter. 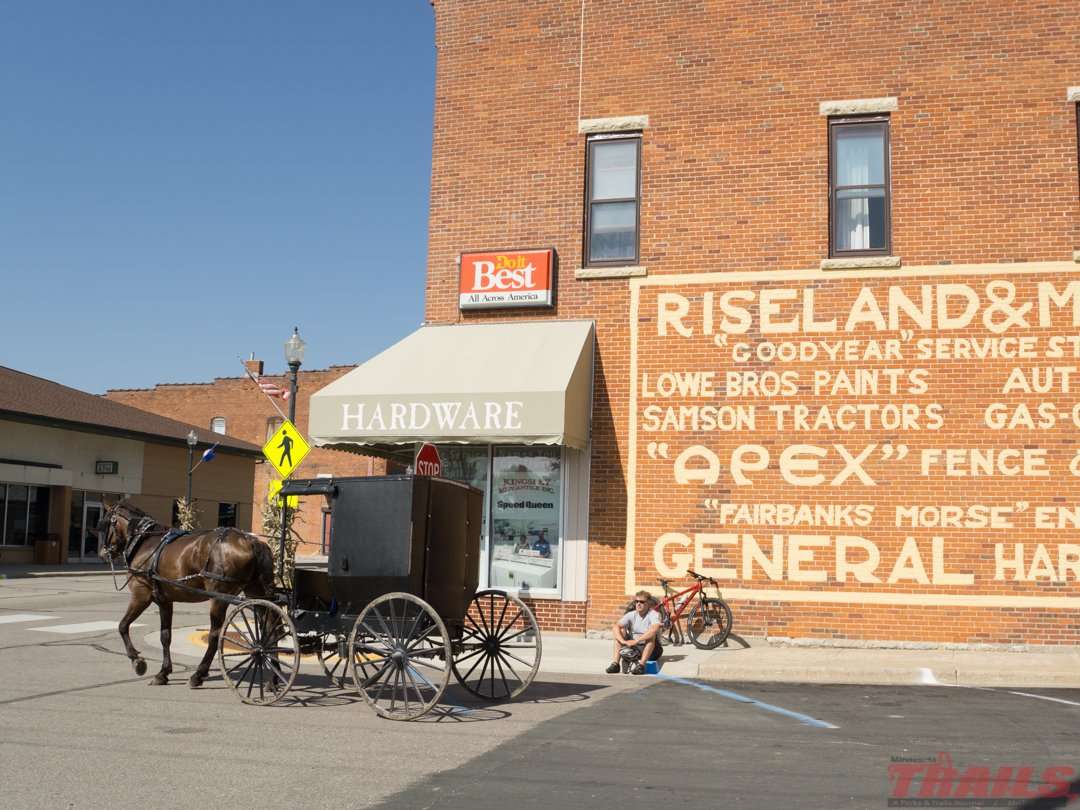 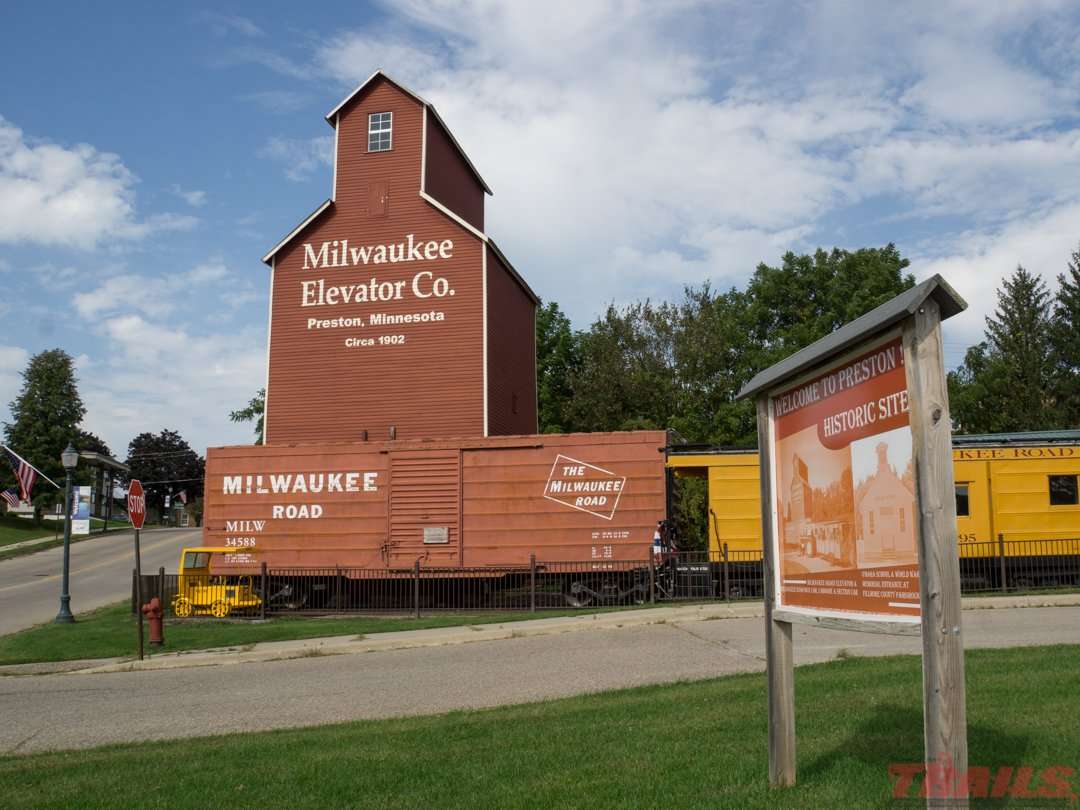 The iconic elevator in Preston, MN 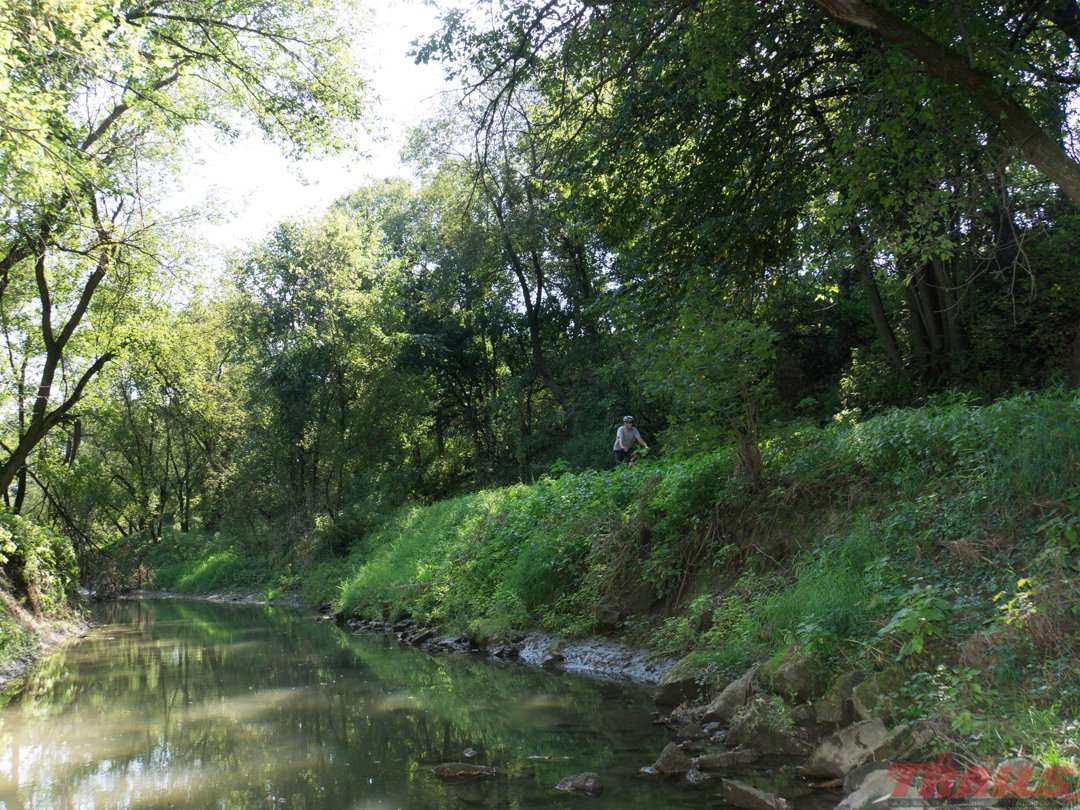 Until you start climbing out of the valley, Camp Creek is a constant companion on the Harmony-Preston Valley State Trail 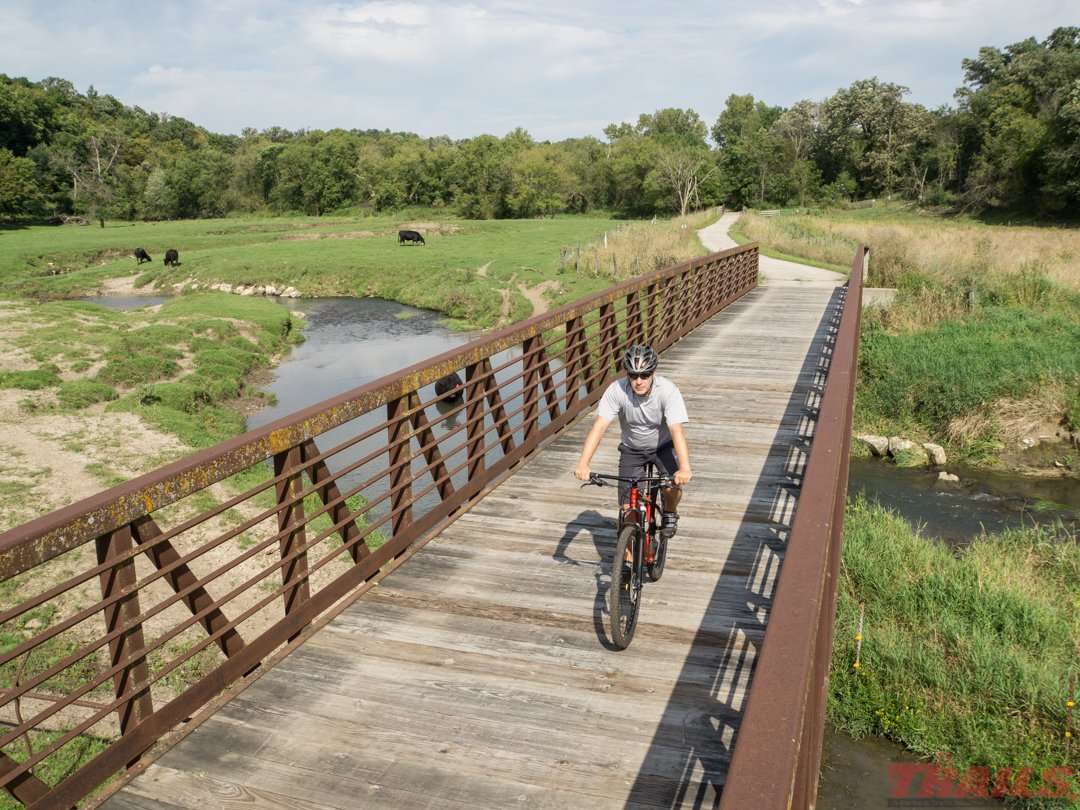 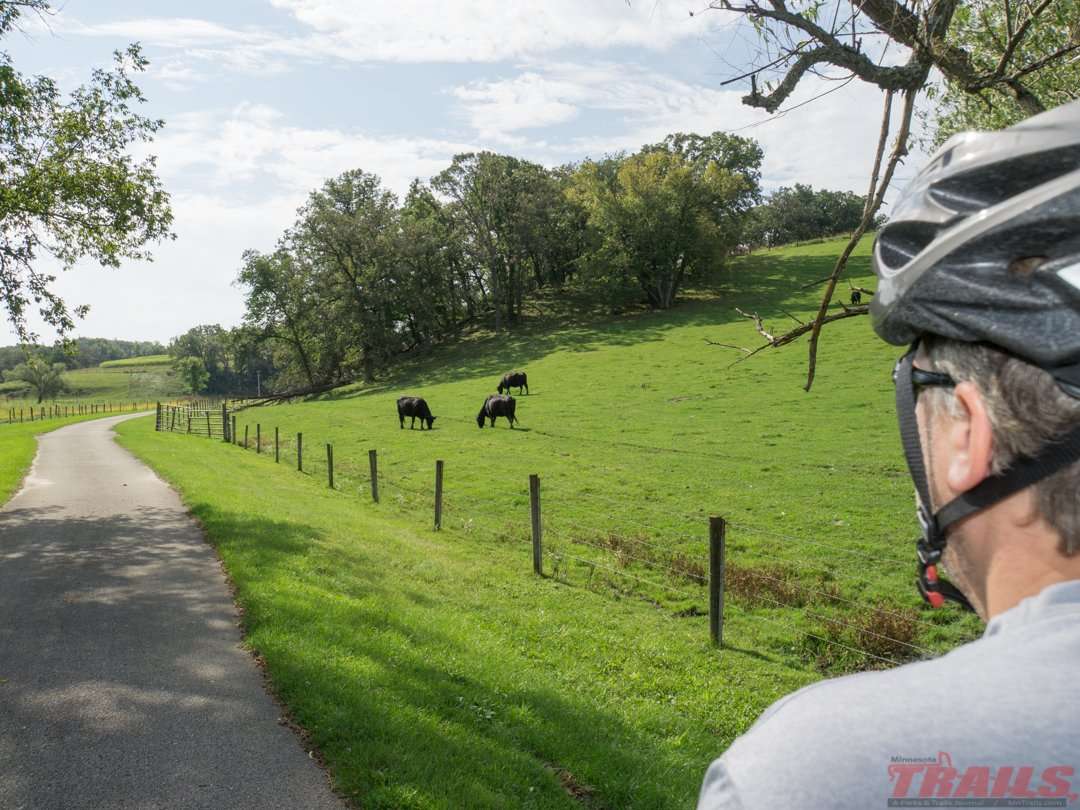 Wildlife viewing in the river valley 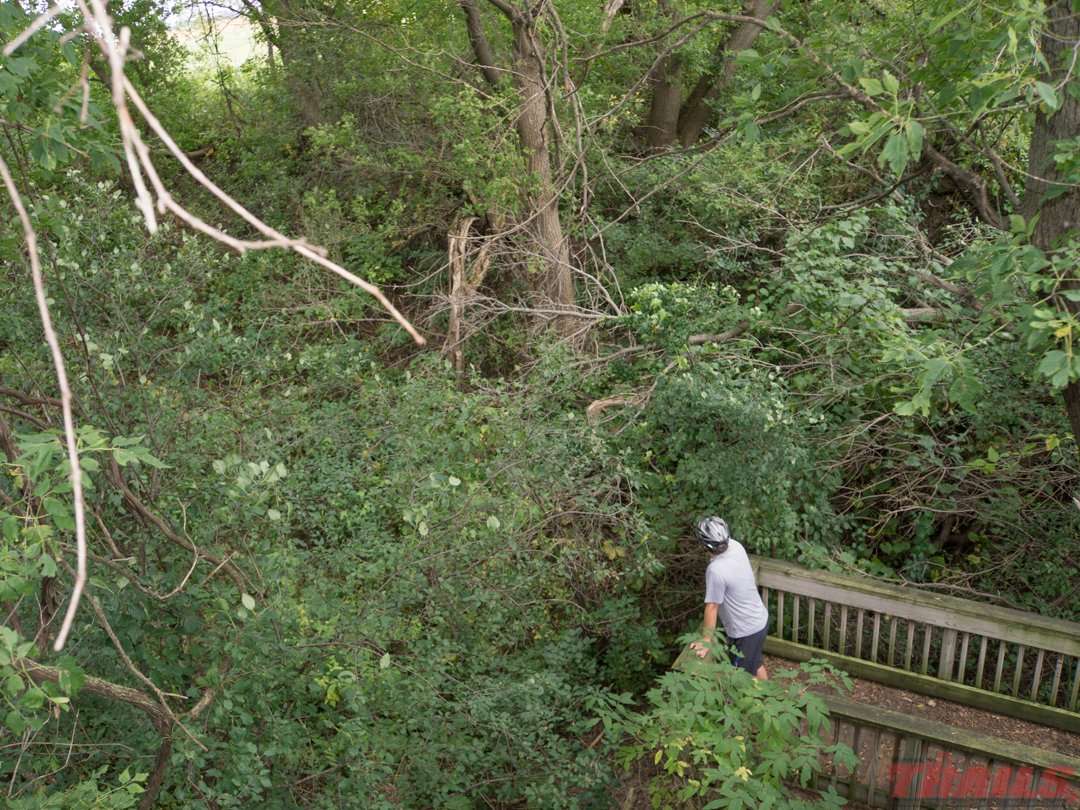 Just outside of Harmony, climb down a few steps into a sinkhole-one of 10,000 in Filmore County 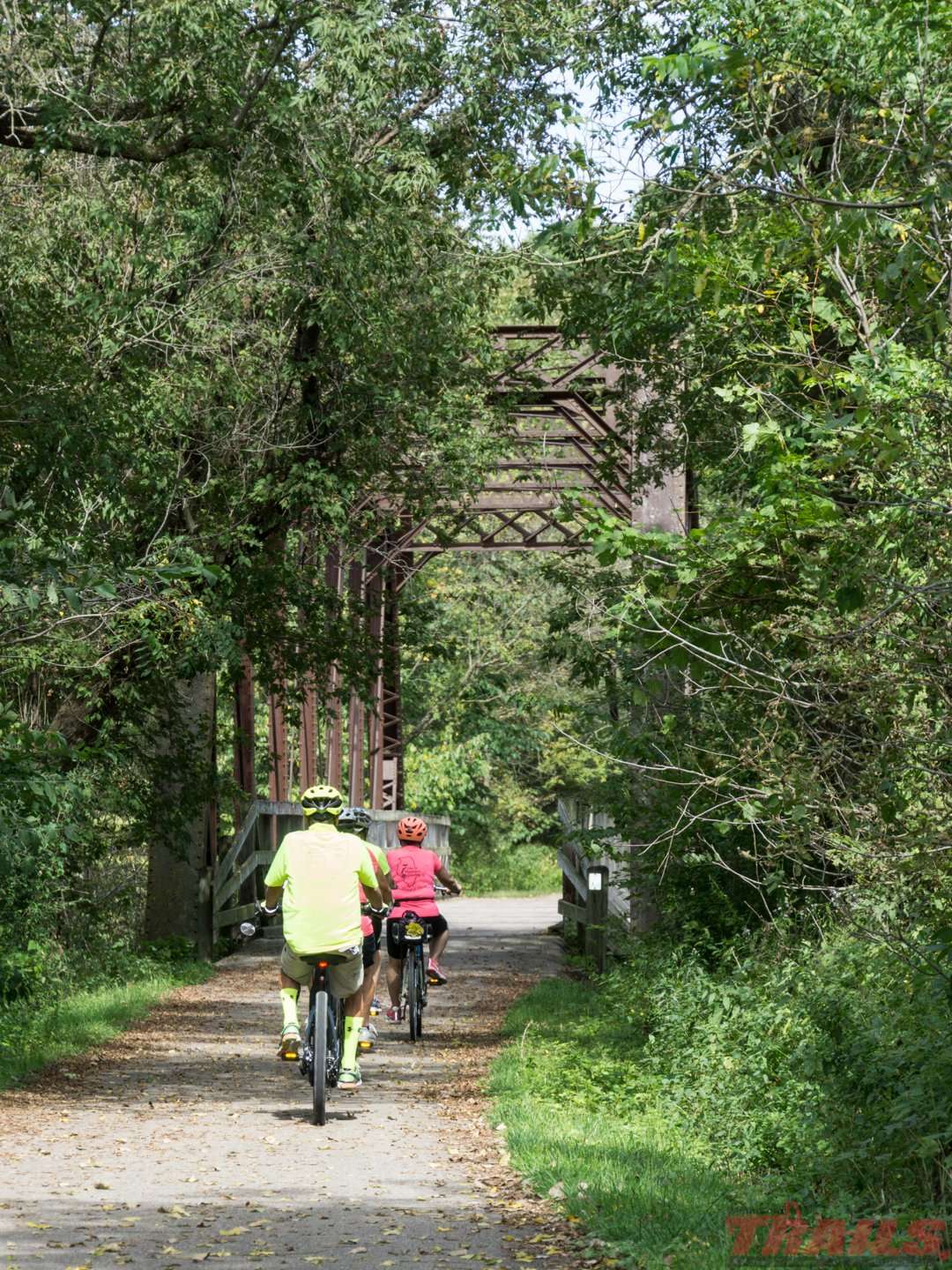 Witness to the trails’ past as a railroad coridor. Some of the original bridges remain today 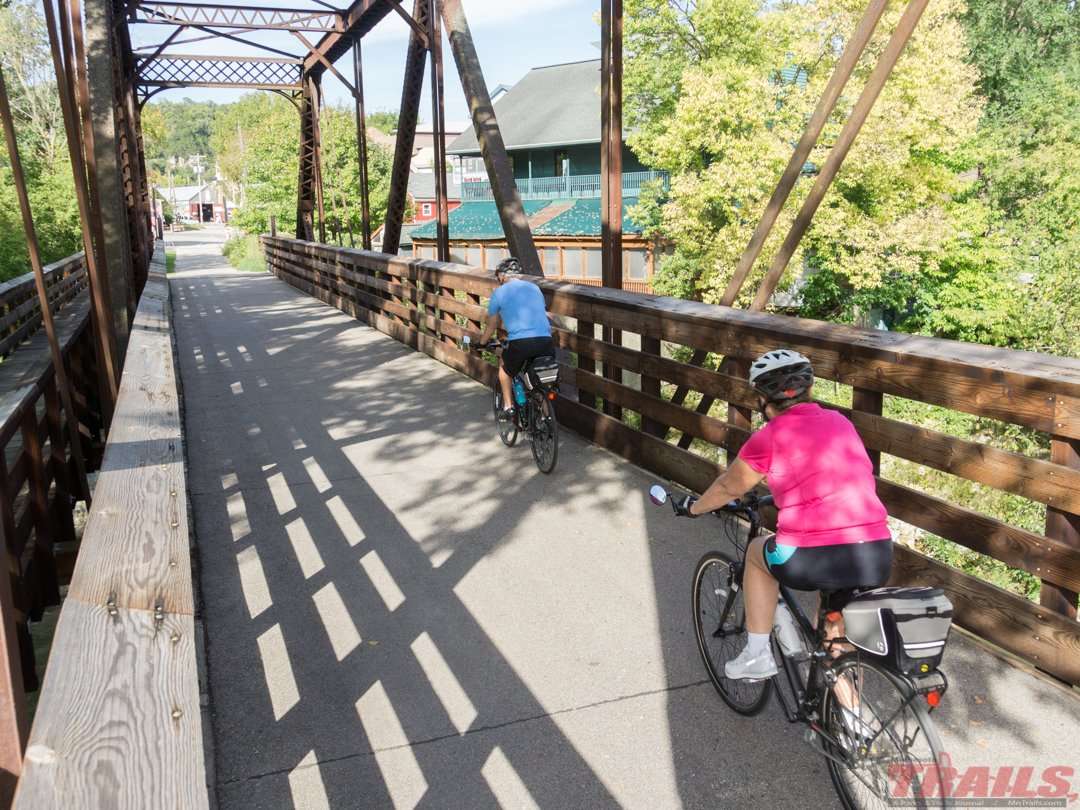 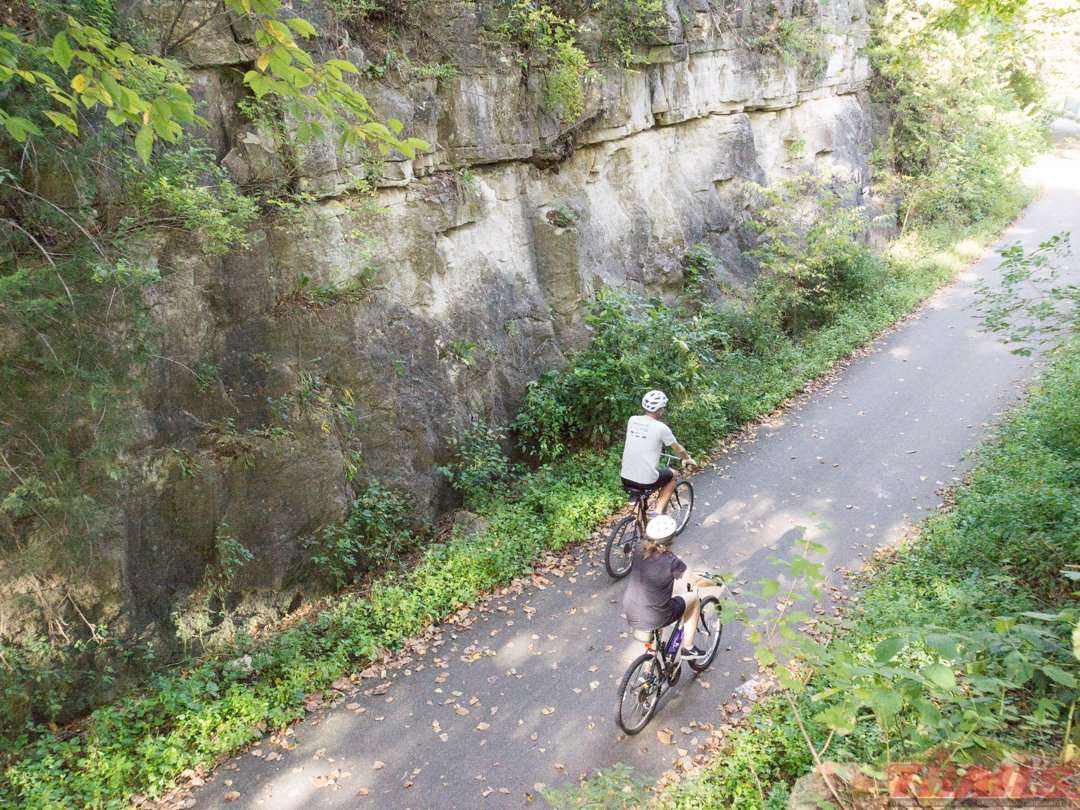 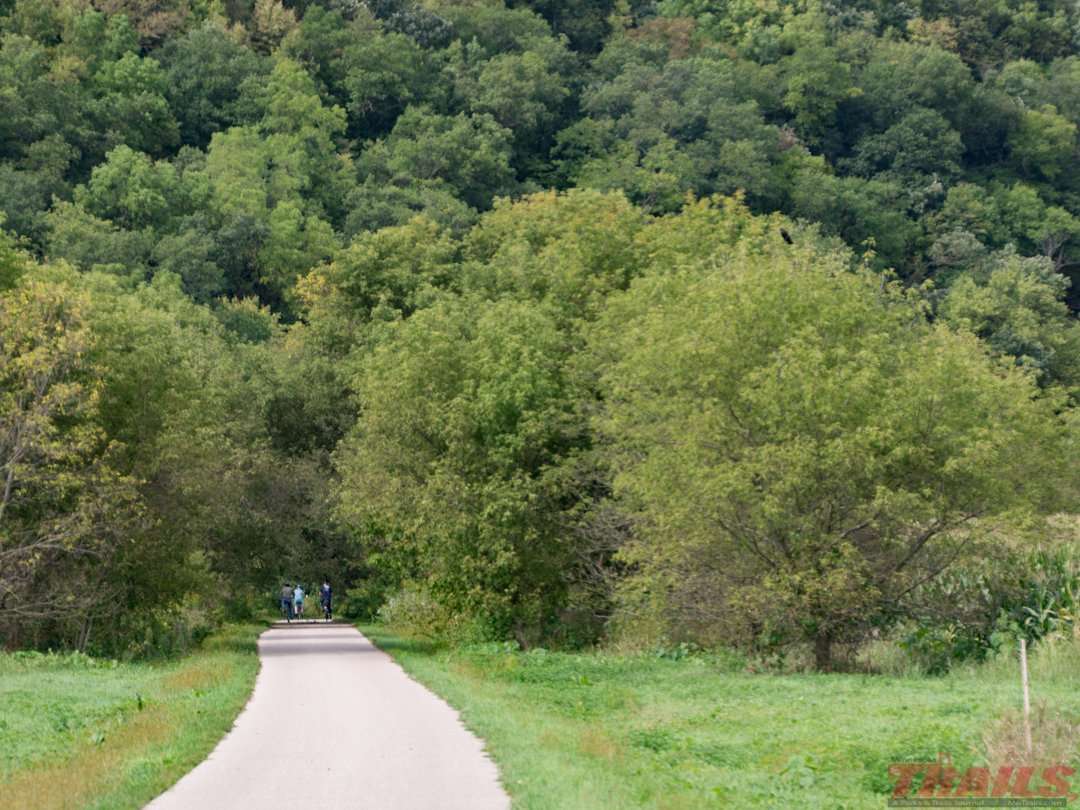 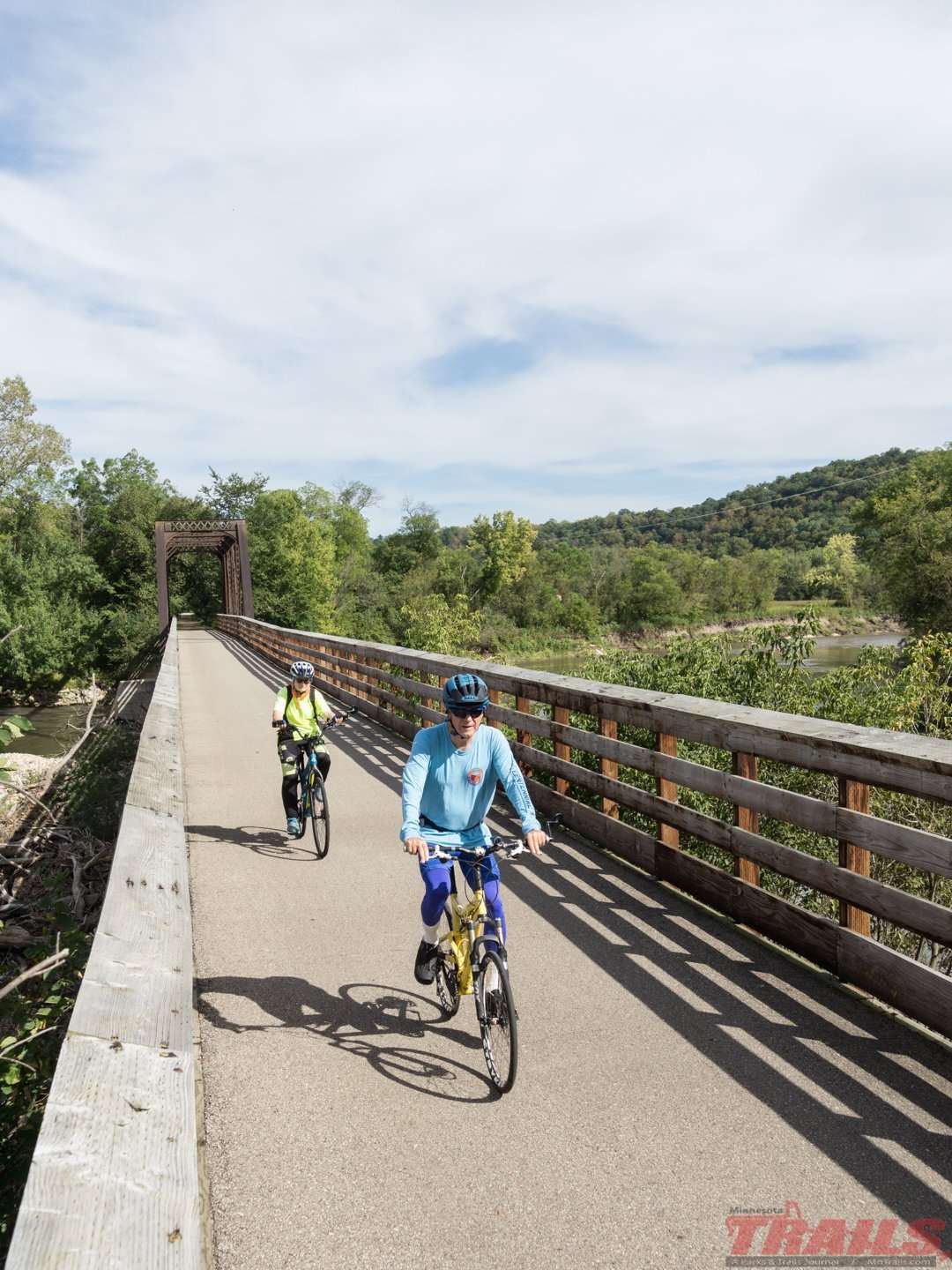 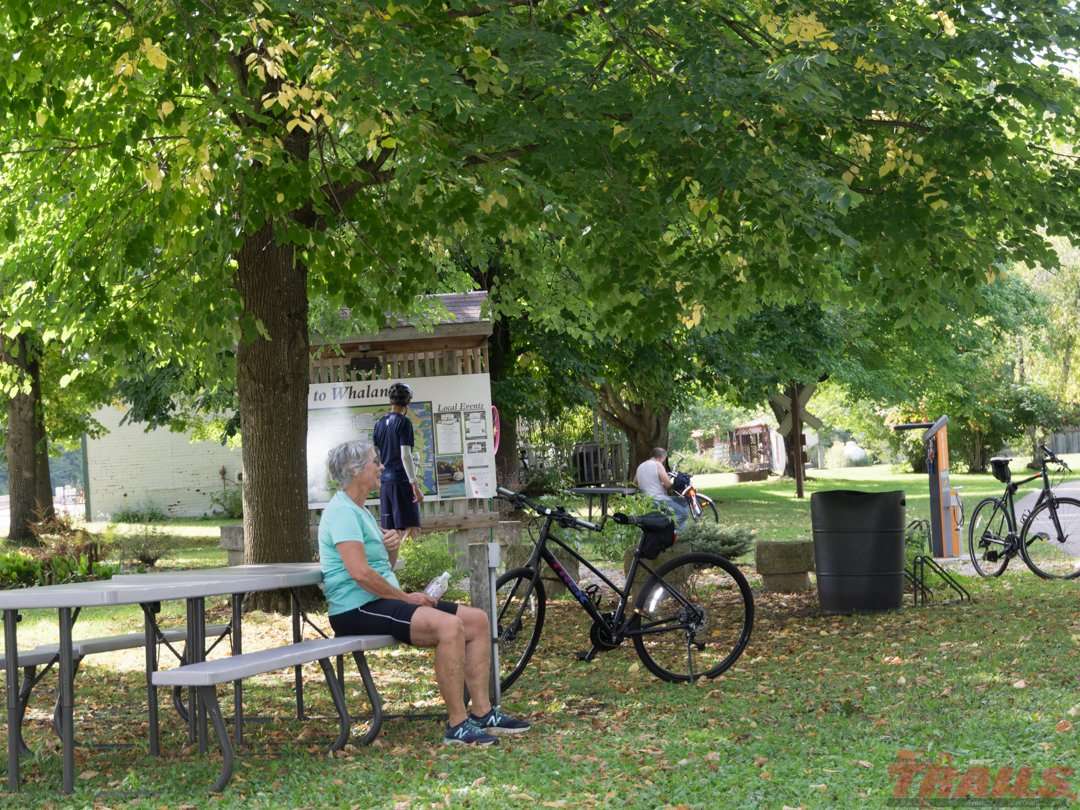 Taking a break at the Whalan rest area

Fountain: Official Sinkhole Capital of the United States. View them from the trail.
Harmony: Home of Niagara Cave, which has an underground waterfall.
Houston: International Owl Center with live owls on display.
Lanesboro: The Commonweal Theatre and public art displays make Lanesboro a destination for the art lover.
Peterson: Peterson Station Museum of Norwegian culture.
Preston: Minnesota’s Trout Capital has the National Trout Center, and is close to Forestville/Mystery Cave State Park.
Rushford: The historic train depot on the trail houses a museum and rest area.
Whalan: A small town with a world-famous pie shop. Home of the annual Standstill Parade, where the parade marchers stand still and the spectators walk around.

A connection of the Harmony-Preston Valley Trail south toward Niagara Cave and then the Iowa border is currently being worked on. On the Iowa side trail groups are working to connect the Trout Run and Prairie Farmer trails near Decorah to the Minnesota side to form an interstate trail network.

Parts of the Root River State Trail are groomed for skiing. Find out more