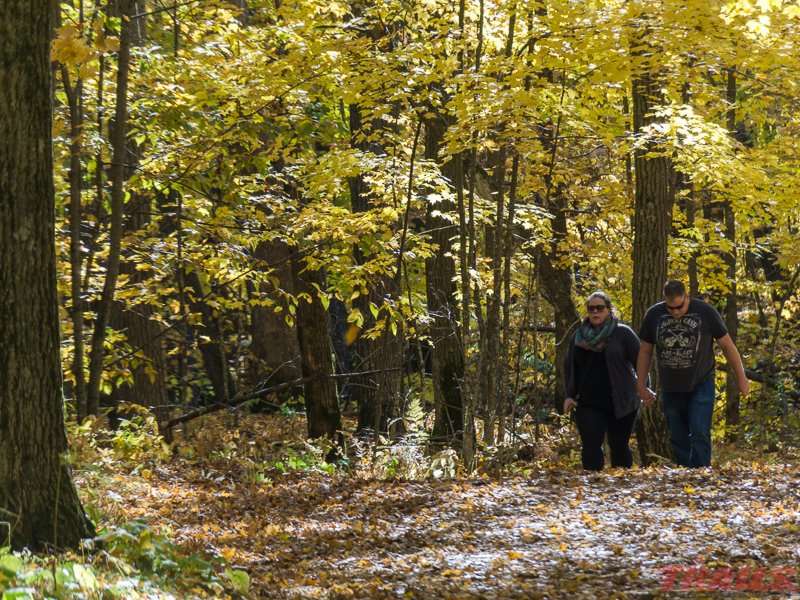 A fine fall afternoon brings hikers to the park 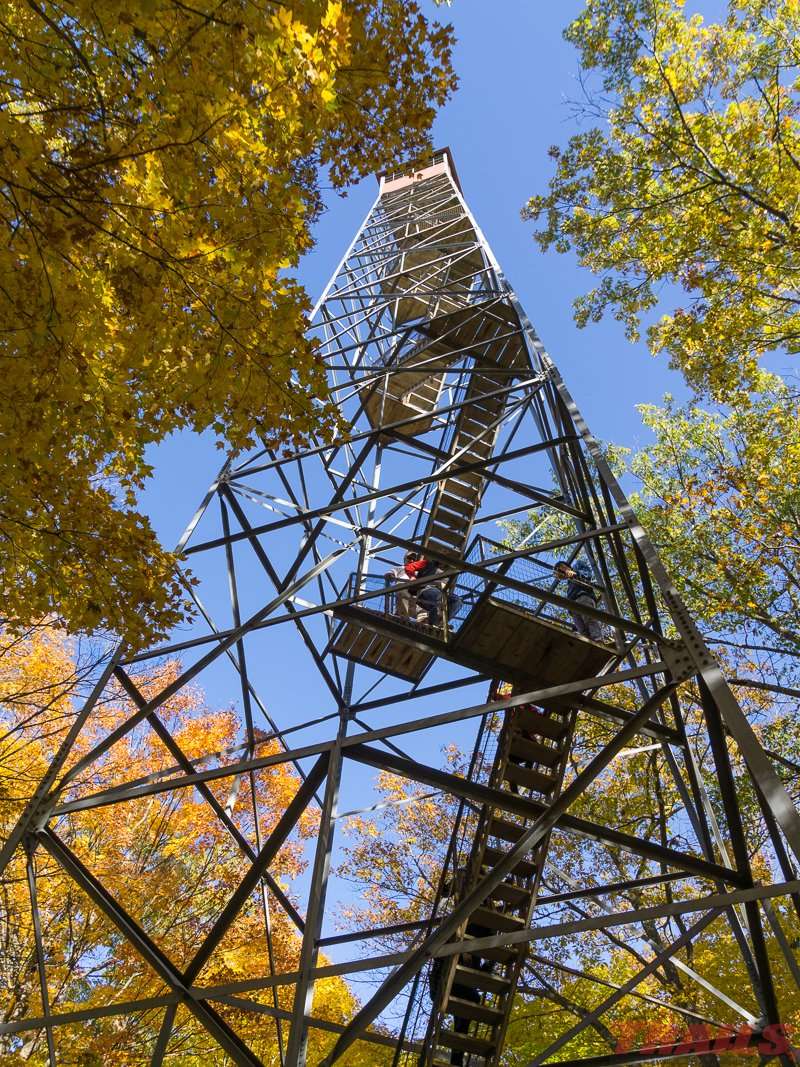 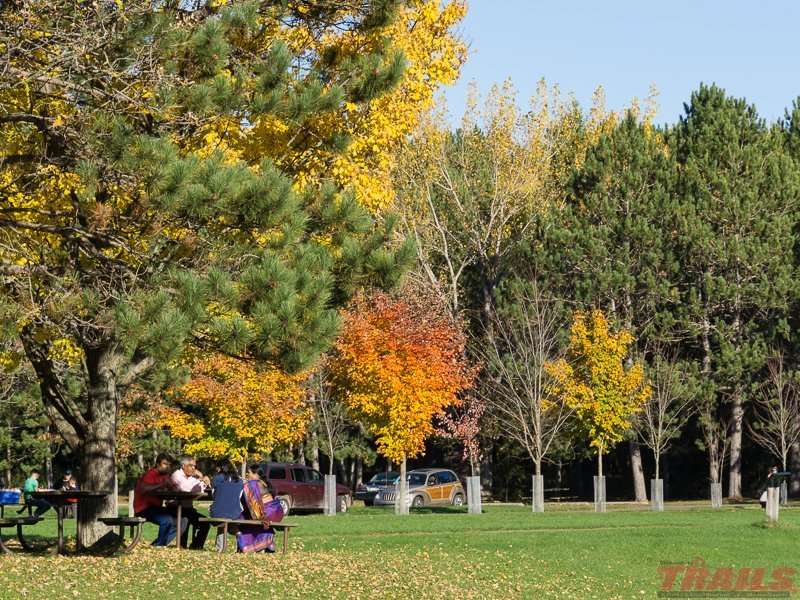 The picnic area near the swimming beach 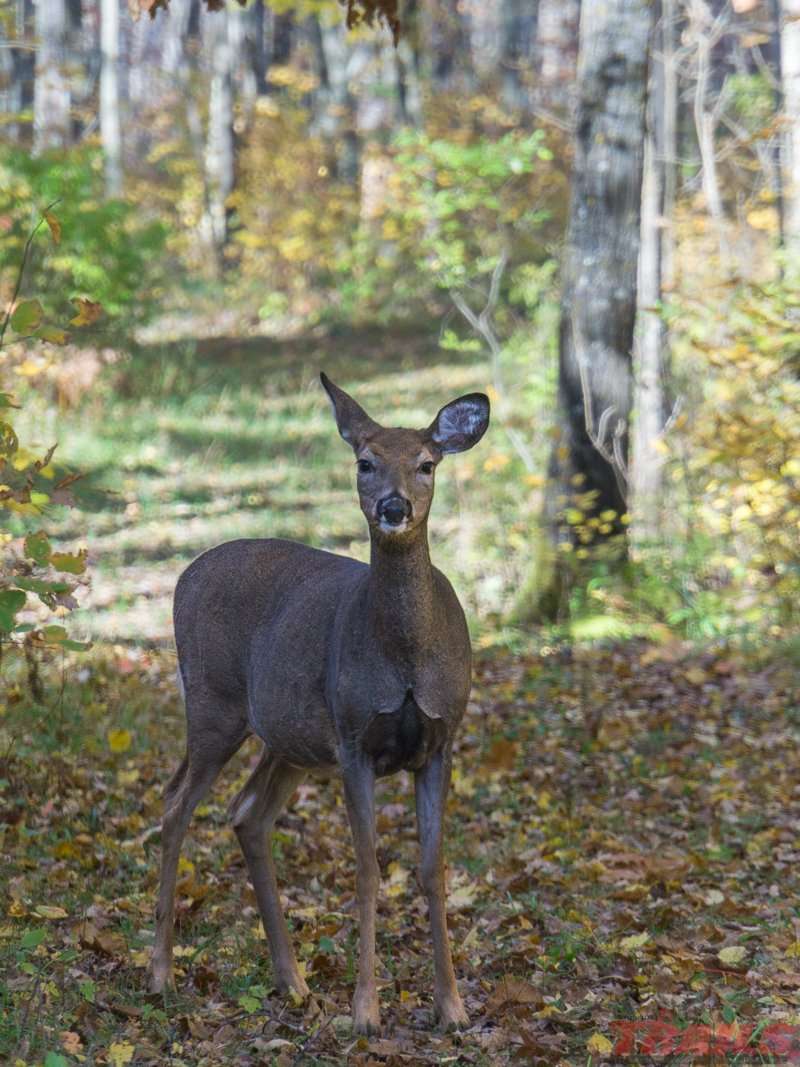 Deer and other critters are a common sight on the trails

Mille Lacs Kathio has 35 miles of hiking trails and 27 miles of horseback trails. Some people like to bicycle on the 4.5 miles of park roads. Horseback riders can park their trailers in the Trail Center parking lot. The trails twist and turn throughout the park, but the undeveloped southwest corner of Kathio gives hikers a chance to truly get away. This is a scenic area of hills and meadows where you might come across beaver lodges or spot a deer feeding at dusk. The north-end trails are pretty, too, and include two short nature trail loops. 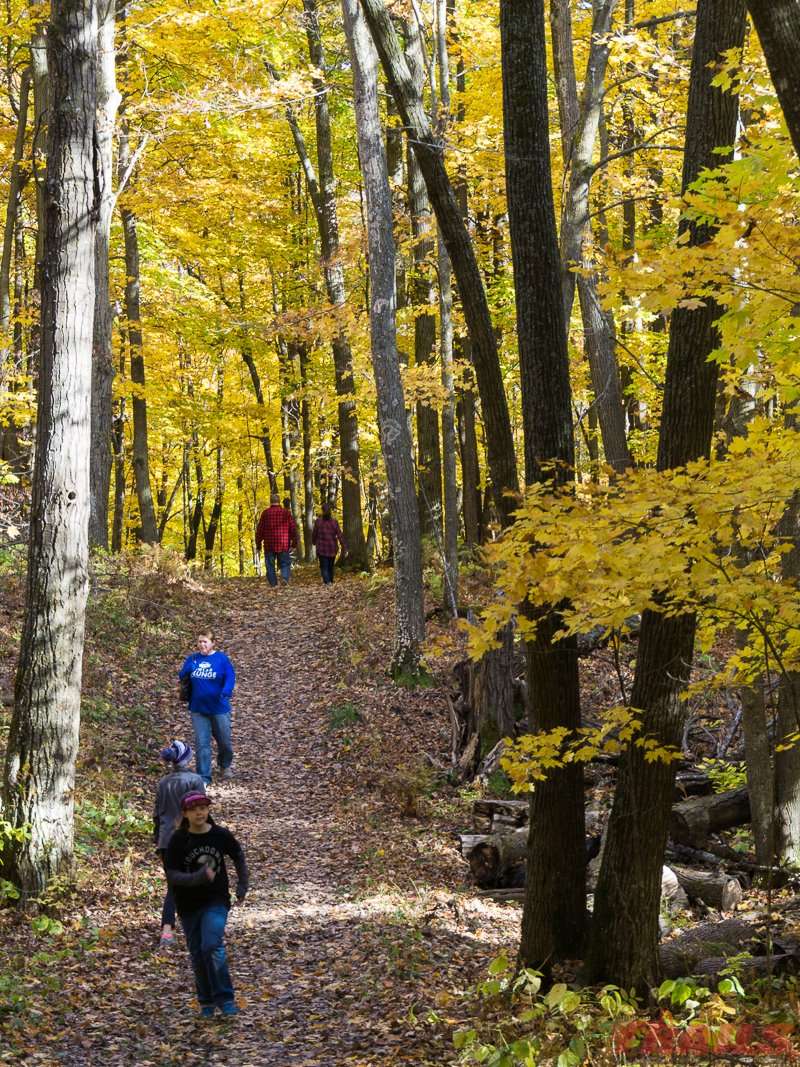 The trail to the fire tower is a popular destination 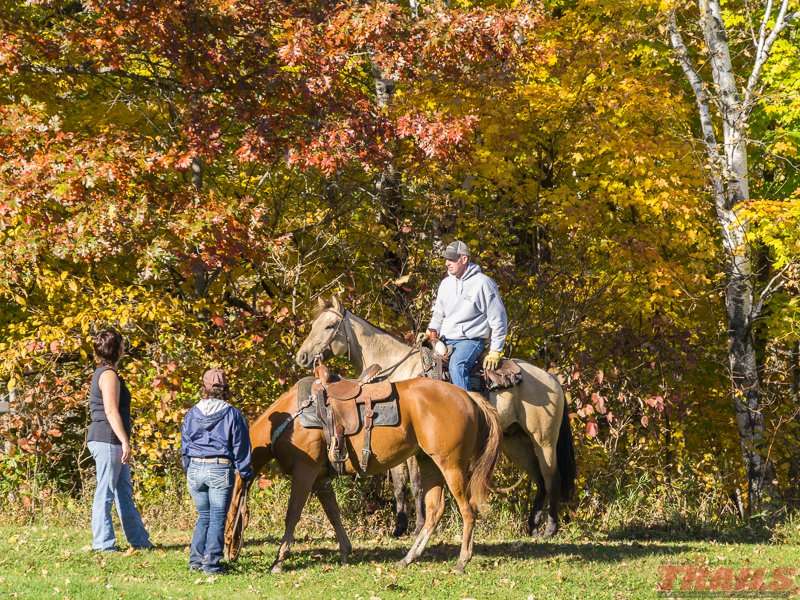 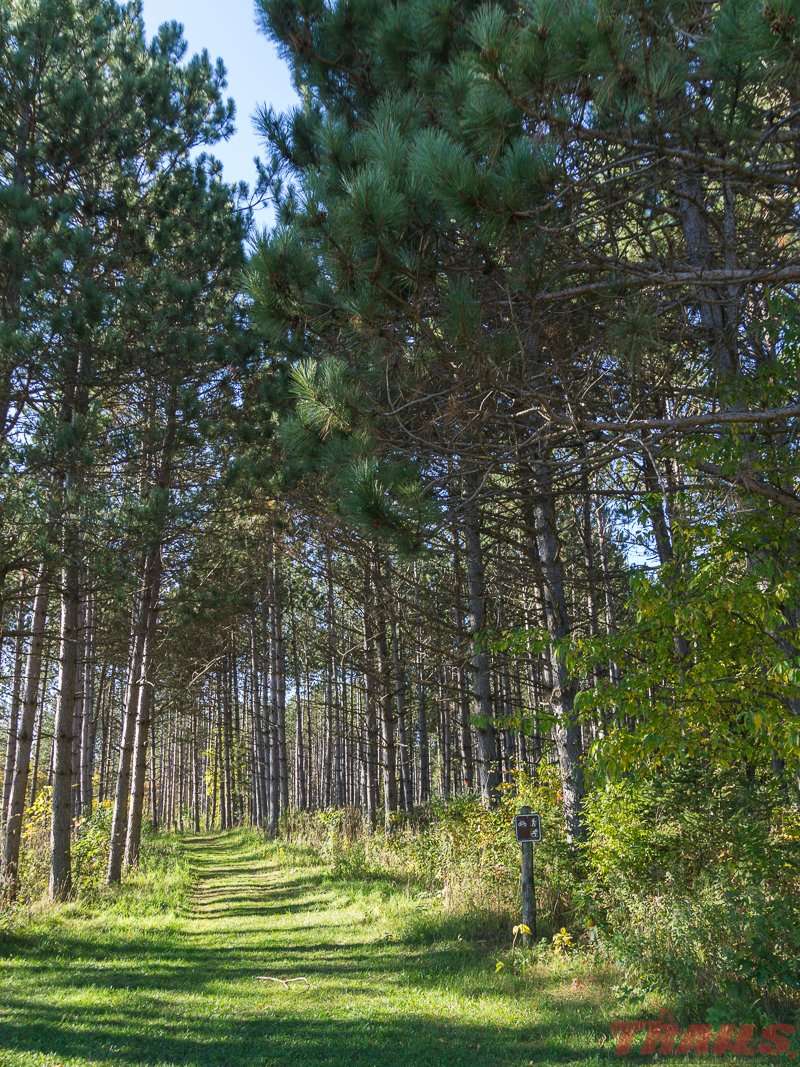 Not all trails here are lined with hardwoods

A special experience at Kathio is climbing to the top of the 100-foot-tall observation tower. The undulating carpet of forest sweeps away in three directions from the tower, while Mille Lacs Lake dominates the view in the other direction.

There’s plenty of room for campers at this park: Mille Lacs Kathio’s two campgrounds, Ochegie and Petaga have room for 70 sites and are wooded. The two group camps offer space for a combined 60 people. Four backpack sites give campers a more rustic experience and the horse camp has ten sites. There are an additional three walk-in sites at Petaga. For a less rustic experience you can rent one of five year-round camper cabins.

Although within eyesight of giant Mille Lacs Lake, the park has no direct access to its waters. Anglers can choose between a couple of good spots in Mille Lacs Kathio. Some like the action below the dam on Ogechie Lake; others like to try for Northern, Bass or panfish on Shakopee Lake. 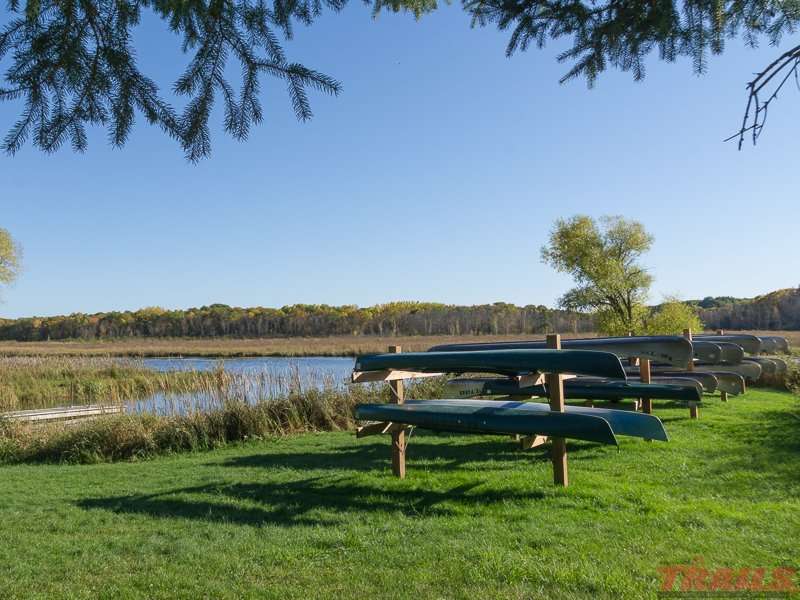 The canoe landing at the Rum River

Canoeists also have both lakes to explore as well as the Rum River Canoe Route. The Rum River, a state designated waterway, begins in the park and connects Ogechie and Shakopee lakes before winding its way south for 146 miles to the Mississippi. Many canoeists start their river trip from the canoe landing between the lakes. The park rents canoes and boats at the landing, next to the primitive canoe campground. 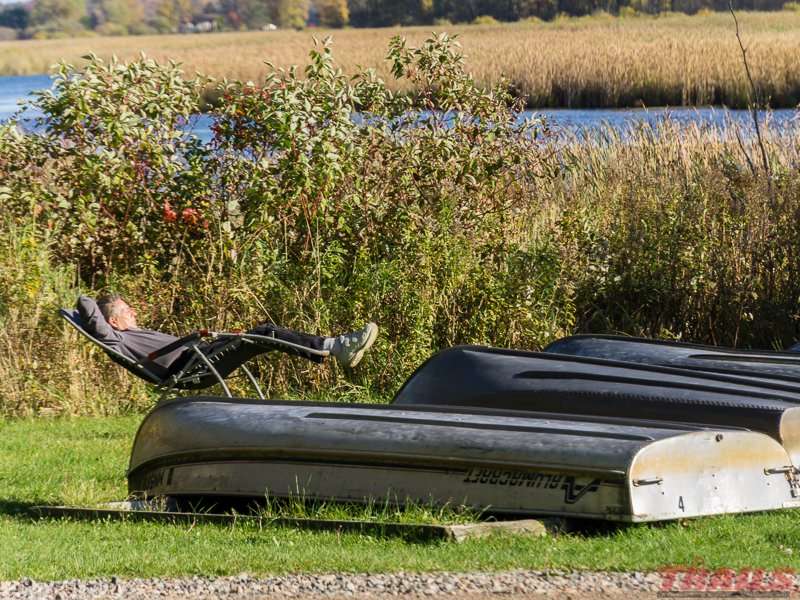 Catching a nap after a boat ride on the Rum River

For more that 4,000 years, people have been attracted by the abundance of this region. The park’s rolling, wooded hills supported a rich variety of wildlife, and Ogechie Lake was noted for its lush growths of wild rice. The Dakota chose this area as the capital of their nation. Today, a historical marker stands at the site of the old Dakota village of Izatys, located at the source of the Rum River on Mille Lacs Lake. These people came to be known as the Mdewakanton, or “Those who live by the Water of the Great Spirit”.
The Ojibwe brought their own rich cultural tradition with them from the east and settled along the shores of Mille Lacs. They, like the Dakota, depended on the natural bounty of wild rice, fish and other foods. Because of the interwoven history of Dakota, Ojibwe and European people in this area, Mille Lacs Kathio State Park is a designated National Historic Landmark. 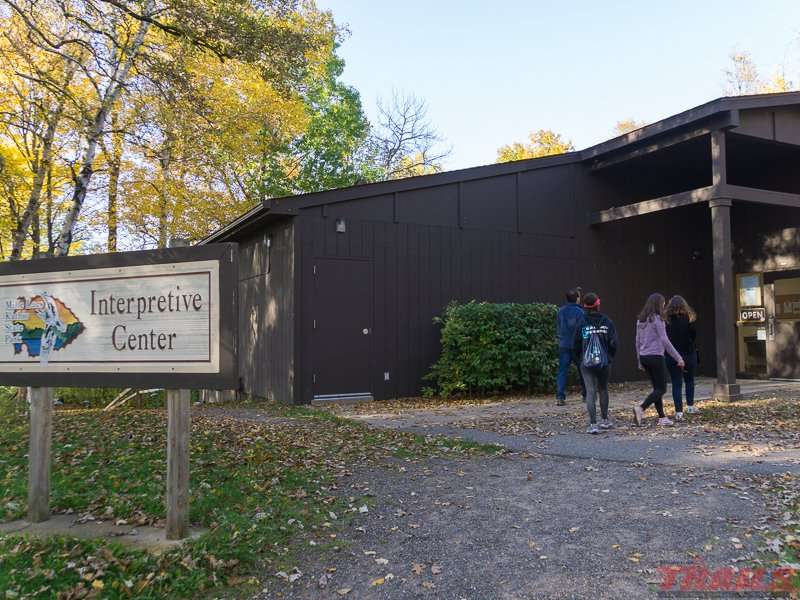 The interpretive center, next to the picnic grounds, highlights the extensive Native American history of the area. Much of the pottery, arrowheads and tools in the center came from some of the 19 archaeological sites in the park. Researchers have found evidence of civilizations that lived here long before the Dakota and Ojibwe. 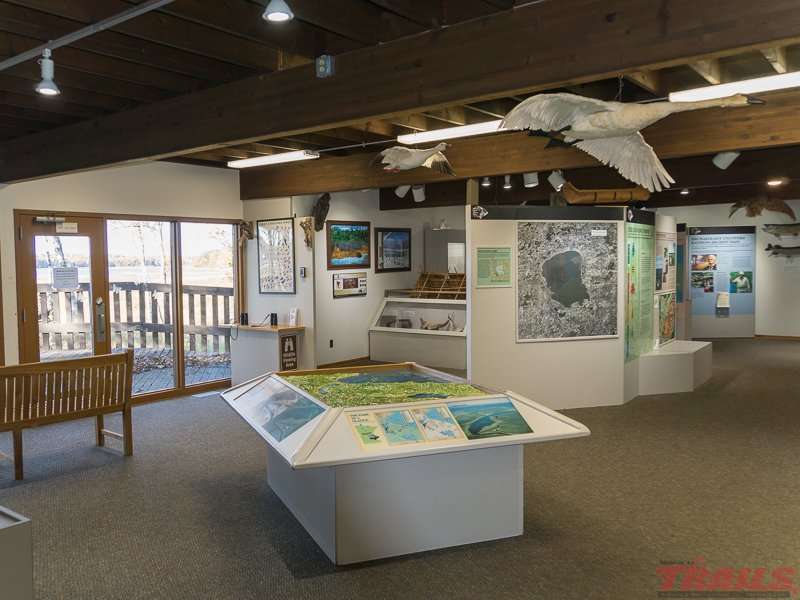 Cold weather and snow doesn’t stop the fun at Mille Lacs Kathio State Park. Ice fishing is big news on Shakopee Lake and, of course, on Mille Lacs Lake. You can snowshoe anywhere but groomed ski and snowmobile trails in the spacious park, but there are 6.5 miles of designated snowshoe trails.
The 20-mile cross-country ski system is considered one of the best in Minnesota and provides a challenge for skiers of all abilities. The trail center building is used as a warming house, complete with cut wood and a fireplace. A sliding hill is popular attraction as well.
More about skiing at Mille Lacs Kathio State Park