Lake Maria is on the northern edge of what was once an area called the Big Woods. This region, about 100 miles long from north to south and 40 miles wide at its southern end, was a dense hardwood forest. The trees were so thick in places that sunlight couldn’t penetrate to the forest floor. Early French explorers called this forest the “Bois Grand”; settlers anglicized it to “Big Woods.
Lake Maria State Park is located eight miles west of Monticello in Minnesota’s Wright County. 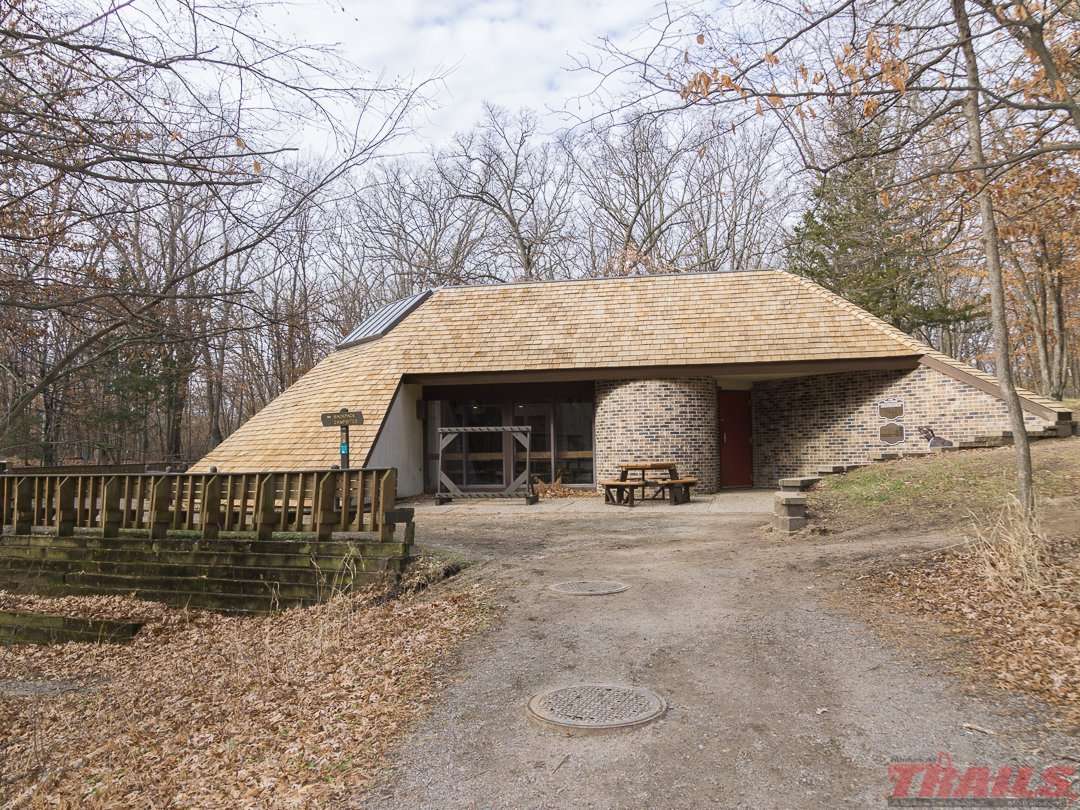 The trail center doubles as a warming area during ski season 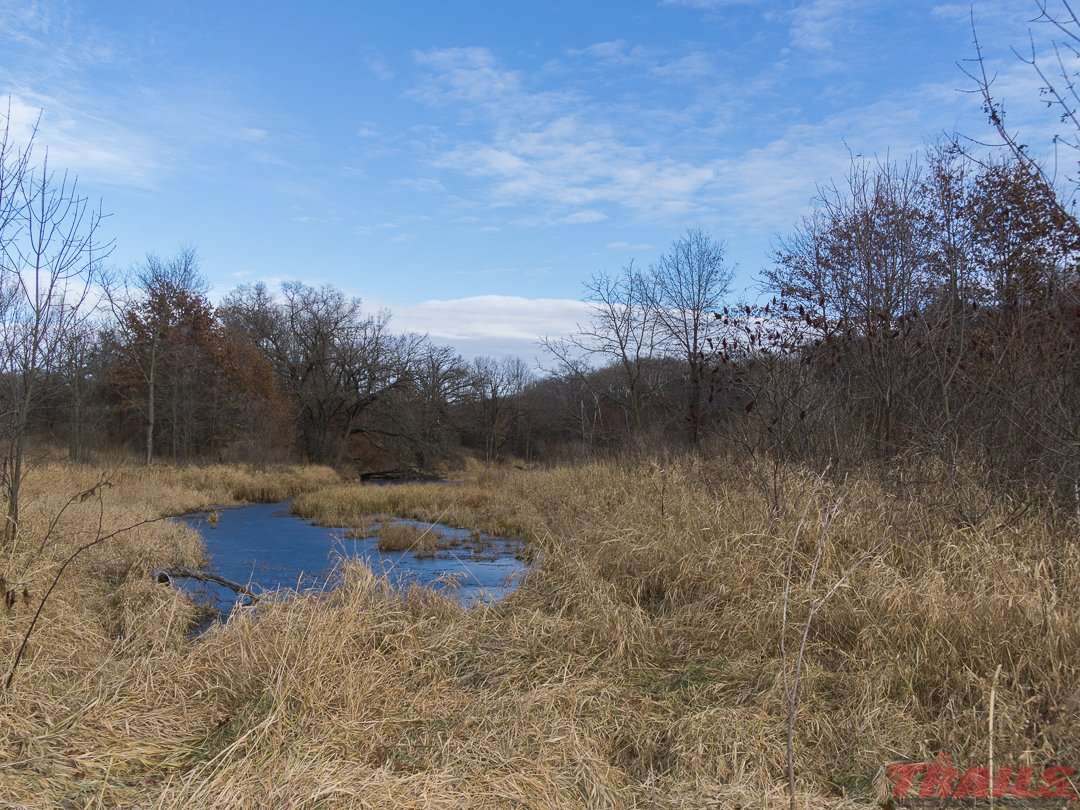 Ponds and marshes define the scenery between stands of oak, maple and basswood trees

Hikers enjoy about 14 miles of wooded trails, of which six miles are shared with equestrians. 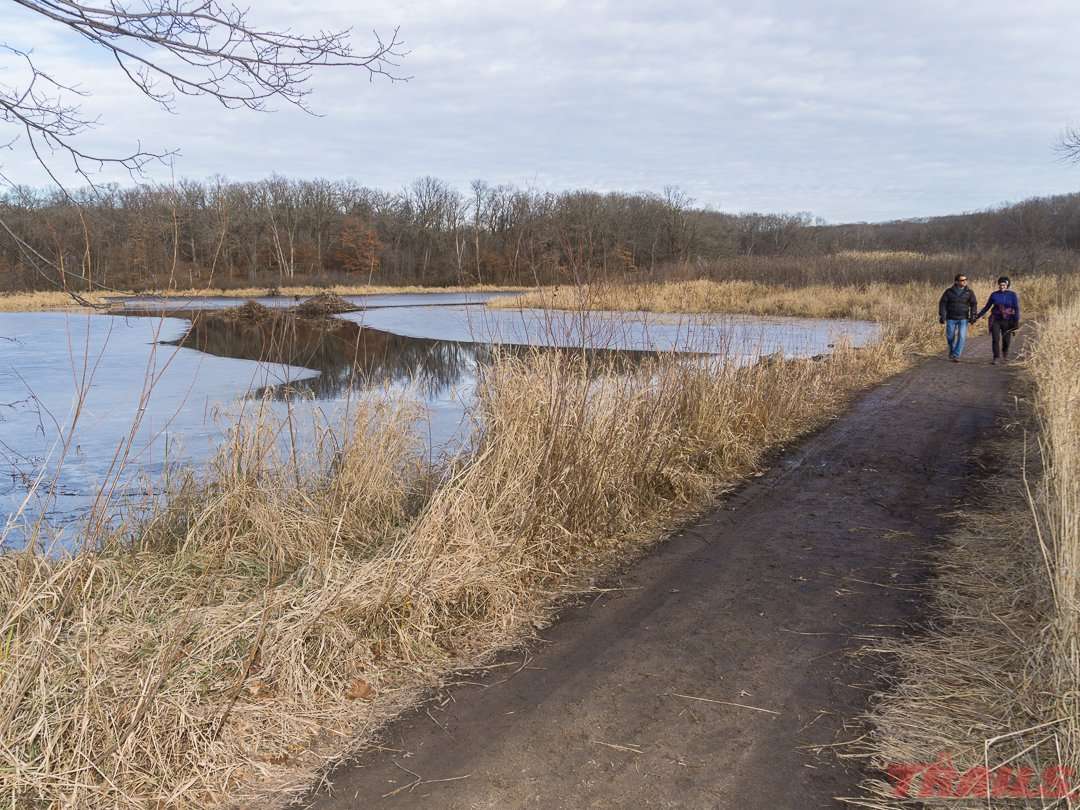 A late fall hike through an ever changing landscape 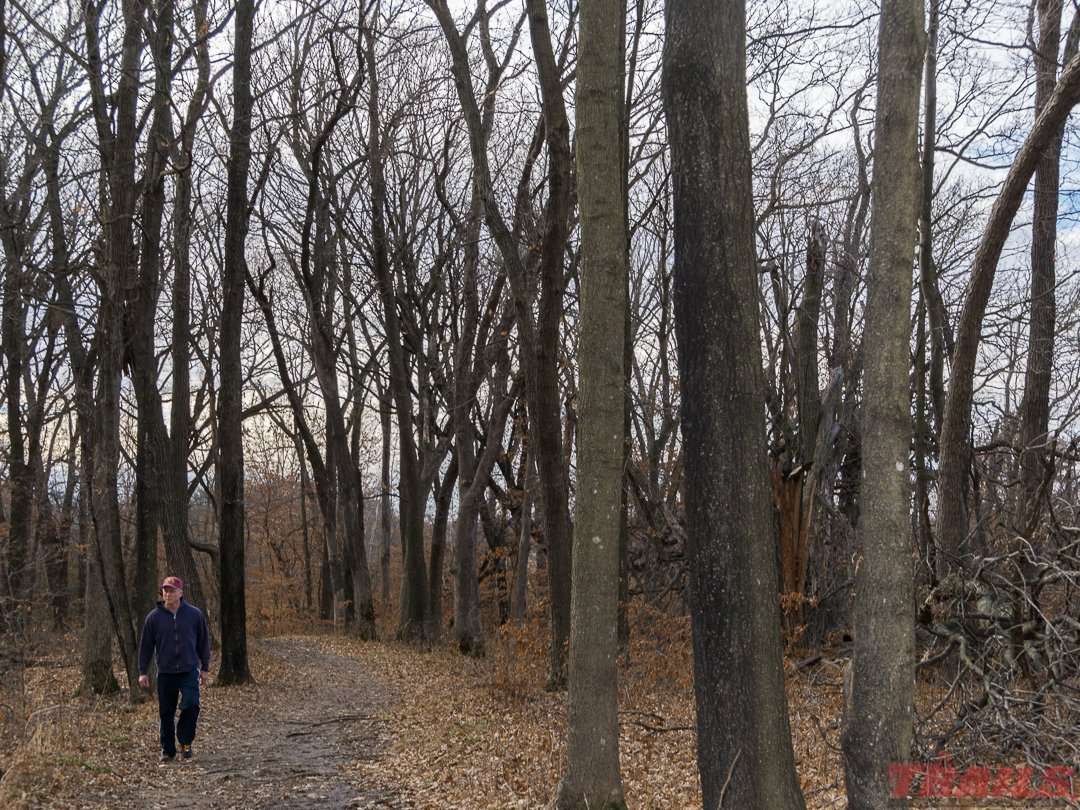 Part of Lake Maria State Park’s appeal is that it doesn’t appeal to everybody. The 1,580-acre park is one of the few state parks where backpacking your gear in is the only camping allowed. George H. Crosby-Manitou and Afton state parks are the others. However, three year-round camper cabins offer a slightly less rustic alternative. 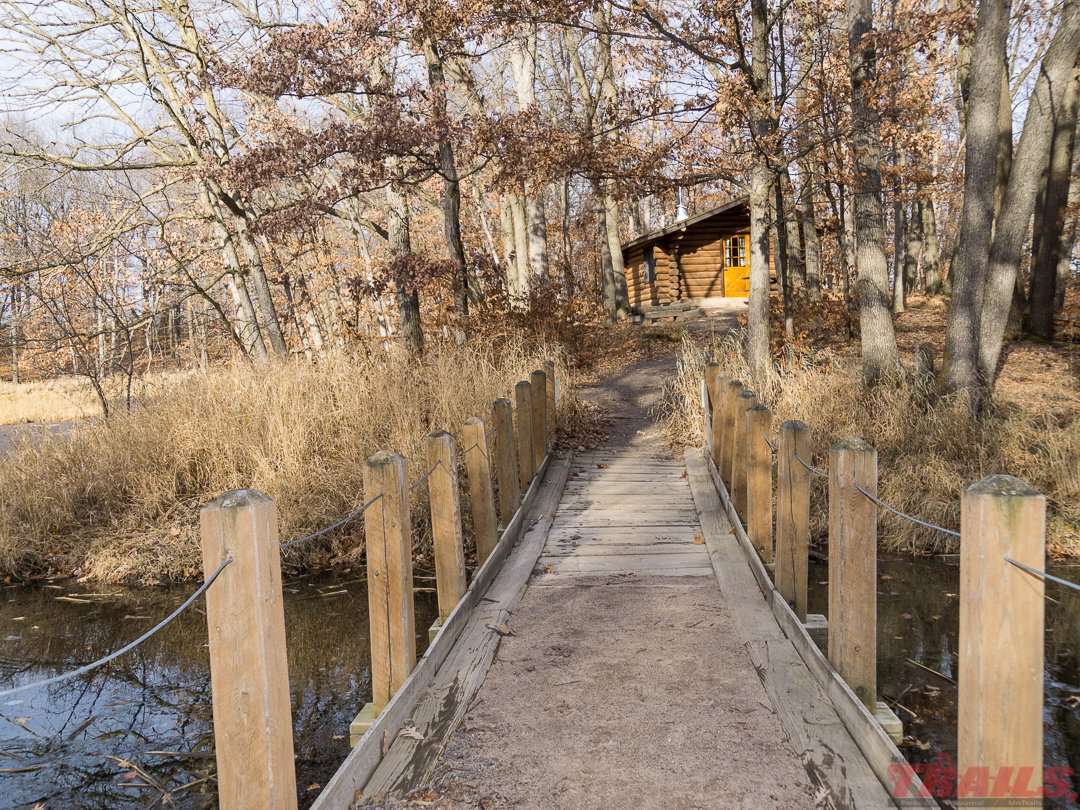 Lake Maria’s 17 backpack sites are spread throughout the park, but are primarily clustered near Bjorkland Lake and Putman Lake. Campers can park in the trail center lot and walk 1 or 2 miles to reach the primitive sites.
Groups may make reservations for the primitive group camp in the north end of the park.

From the boat access next to the picnic ground, fishermen can get out on the lake to try for northern, walleye, bass or panfish. Bring your canoe and enjoy a lazy day exploring the shoreline or just drifting in the breeze.

Winter is a busy season at Lake Maria State Park, mostly because of the heavy cross-country ski usage.
The 6 miles of cross-country ski trails, including 2 miles of skate-skiing track, are rated easy and more difficult. With the rolling, wooded terrain, the park is a scenic place to ski. The heated trail center is open in the winter.
More about skiing in the Monticello area

The trail center doubles as a warming area during ski season