Sibley State Park is named after Minnesota’s first governor, Henry H. Sibley, who used to hunt the area. Mount Tom, Andrew Lake and the surrounding land became a state park with the help of Peter Broberg, who was the only member of the Daniel Broberg family to survive the U.S. Dakota Conflict of 1862. 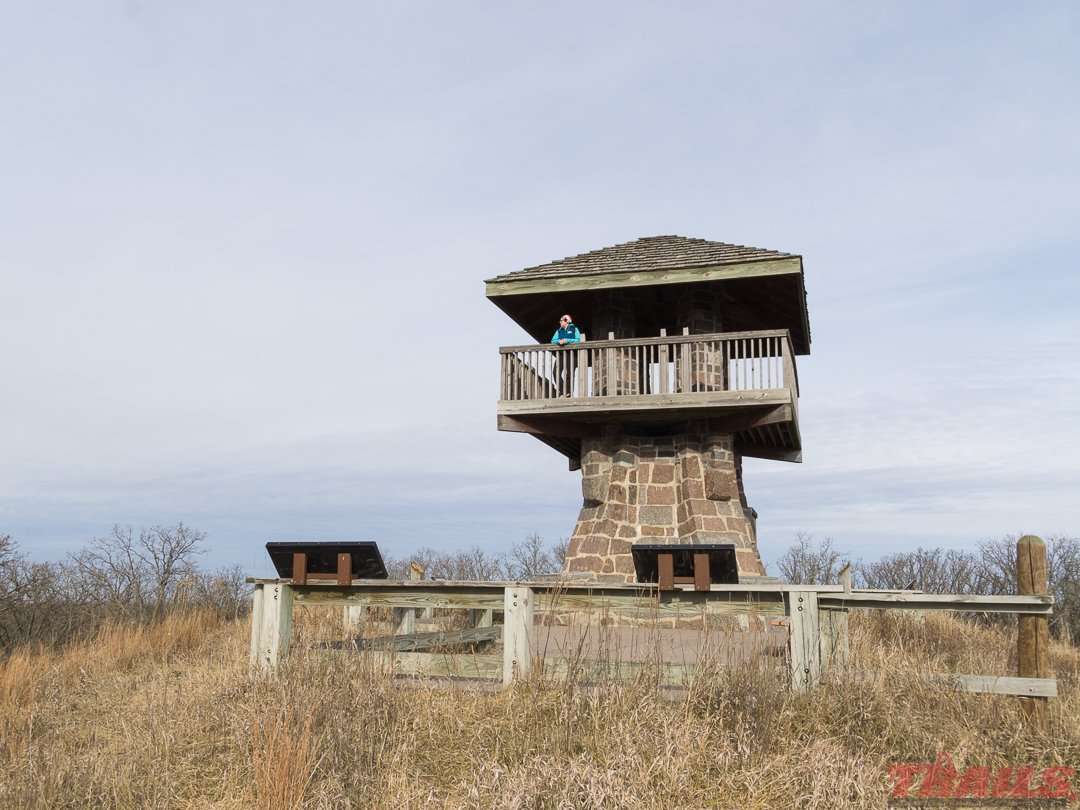 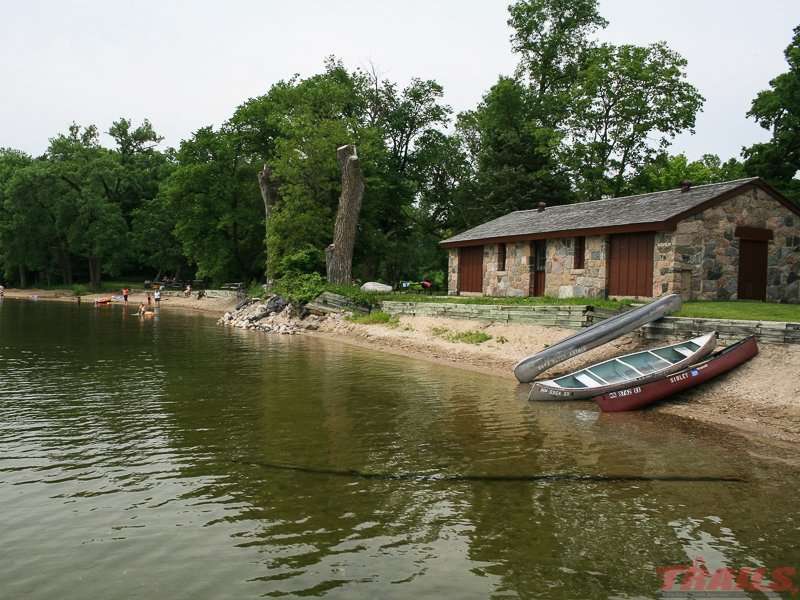 The beach at Lake Andrew 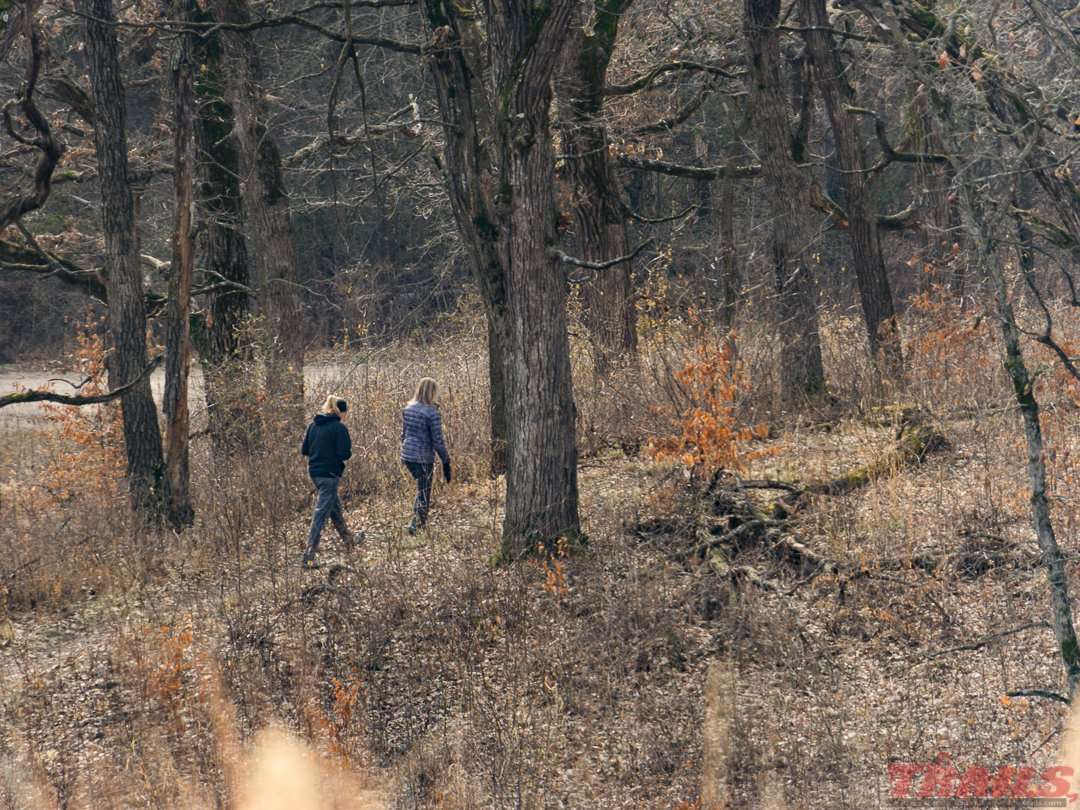 Hikers and horseback riders will see and climb moraine hills made of drift, rock and soil debris bulldozed into place by a massive glacier. Sibley features an extensive 18-mile trail system that includes seven miles of horseback trails. Whether riding or hiking, you’ll come across many overlooks that offer vistas of the woods, ridges and wetlands.
Read about a fall visit to Sibley State Park 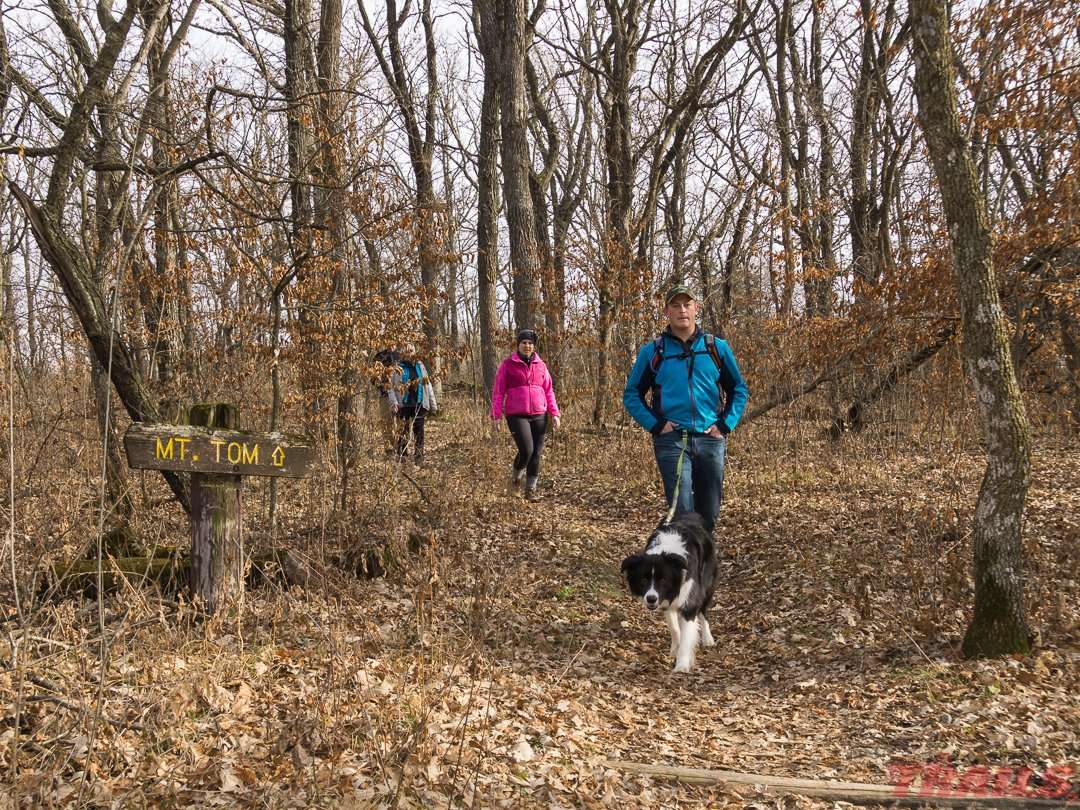 On the Mount Tom Trail 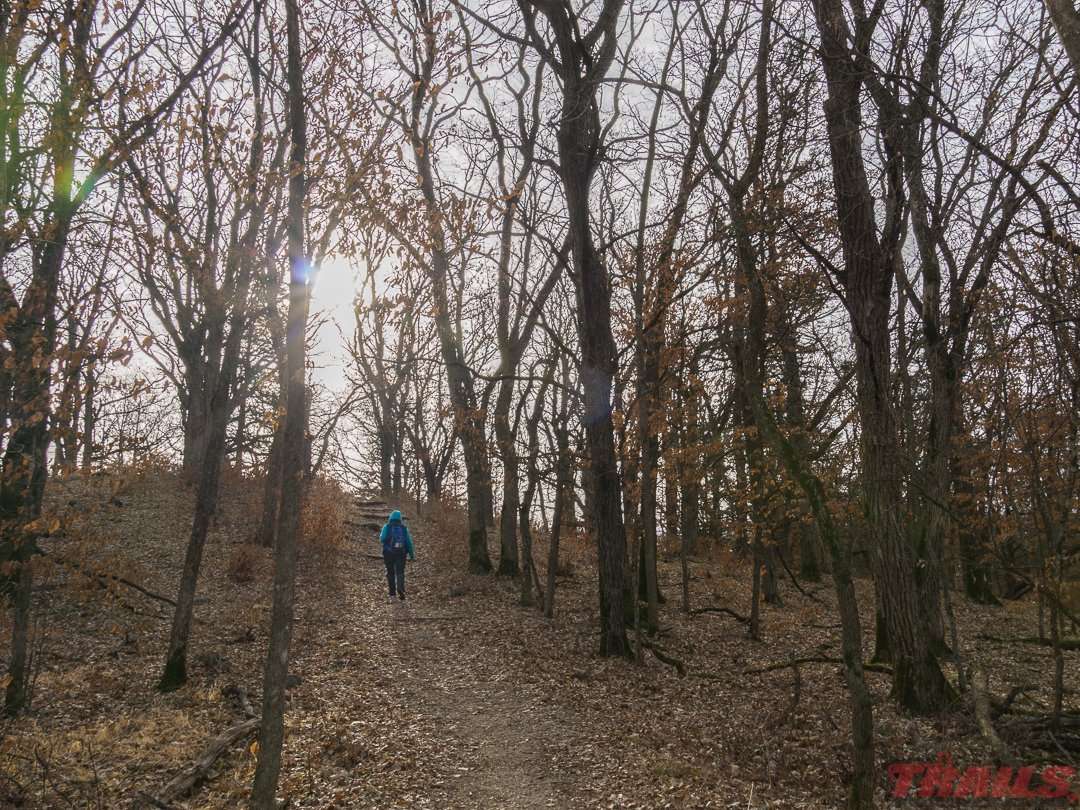 For bicyclists, there is a designated trail that winds from the interpretive center parking lot down to Lake Andrew and along the lake shore. The 22-mile, paved Glacial Lakes State Trail passes through New London five miles outside the park and can be reached by biking on road shoulders. 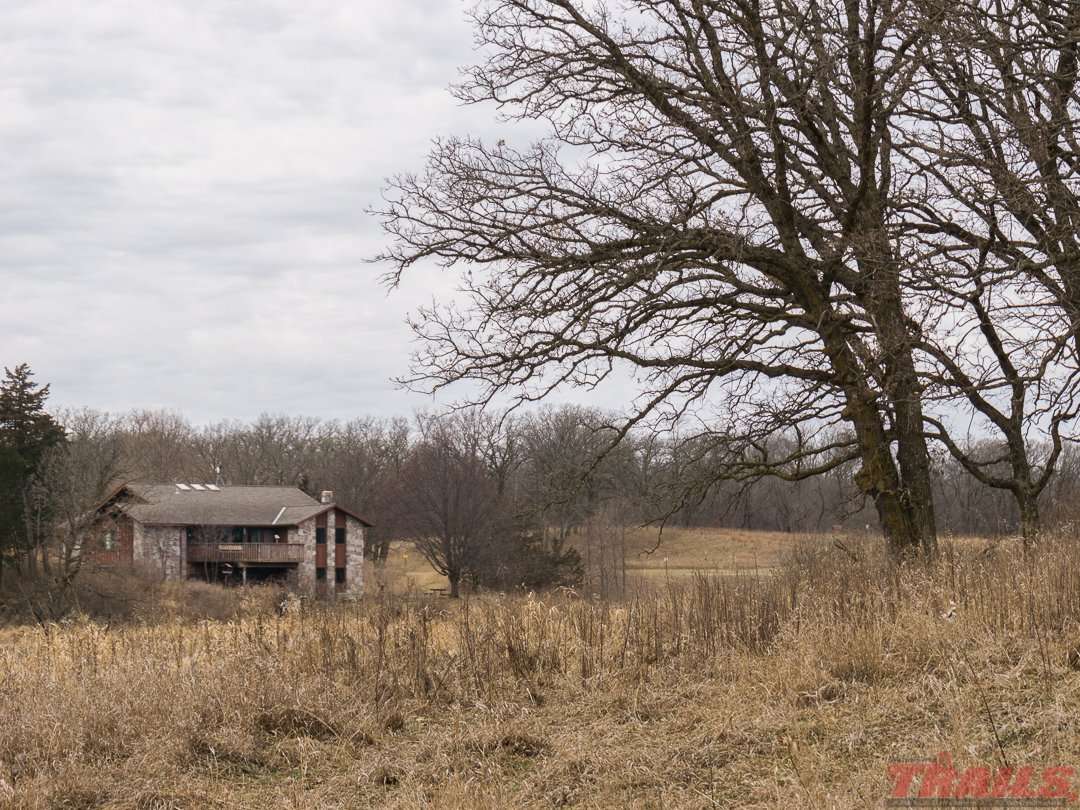 The interpretive center tucks into the fall landscape

Sibley offers a choice of 132 campsites in two separate campgrounds. Three group camps accommodate a total of 100 people, while the horse camp has nine sites. For a less rustic experience you can rent one of four year-round camper cabins. A group center with seven bunkhouses, dining hall and bathroom building has room for up to 128 and is available for rent.

From Mount Tom the view sweeps in a grand circle over miles of forest, farmland and lakes. Fragments of stone pipes found here suggest that, like most high places, Mount Tom held spiritual significance to the Dakota Indians.
French and Indian fur traders used Mount Tom as a lookout when they traveled the Red River Trail with fur-laden oxcarts. Each spring, they ventured into the prairie wilderness from Pembina, North Dakota, on their way to St. Paul to sell their furs. 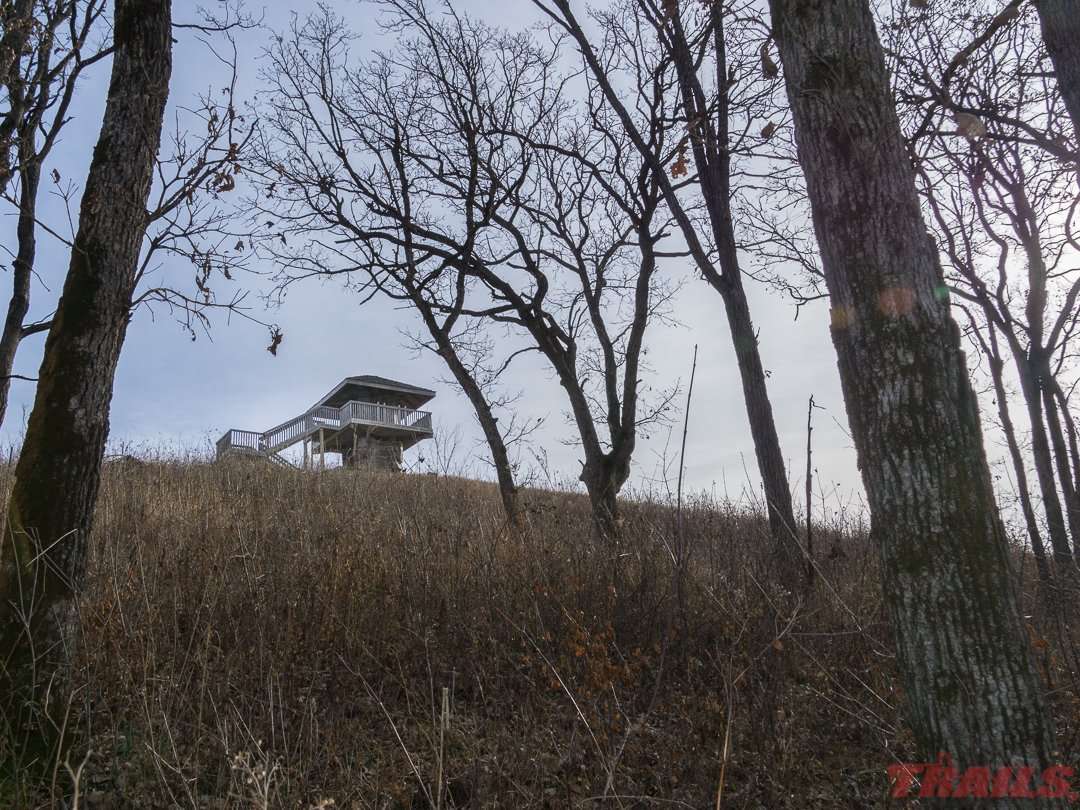 The Mount Tom Monument was built in 1938. A viewing platform was added in 1992 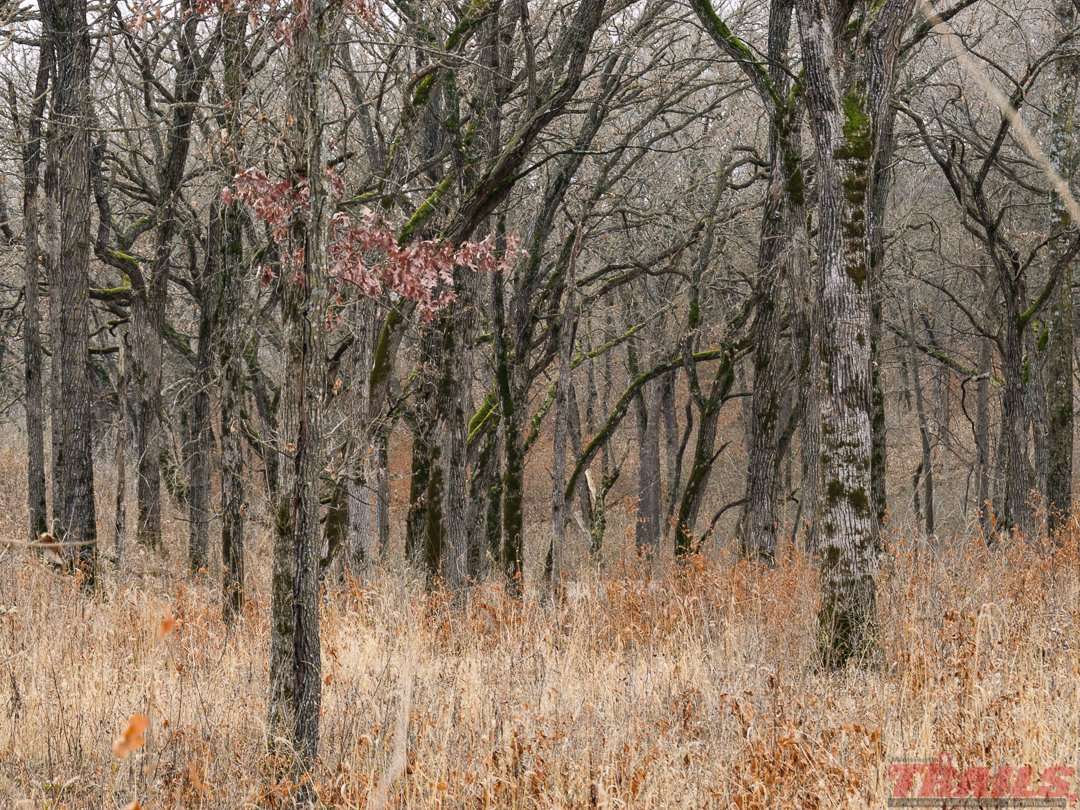 Sibley State Park is a mix of woods and grasslands

The countryside around Mount Tom is more wooded now than when the Dakota scouted the horizon. Hardwood trees took over former grassland after the settlers came and prairie fires were brought under control. Within the park, you can see remnants of the once-vast grassy sea on the knolls that were never plowed. These knolls, like Mount Tom, were born of the boulders, sand and gravel deposited by the last glacier. As you explore the park, you’ll see several lakes, like Andrew Lake, which were left behind as the glacier retreated. 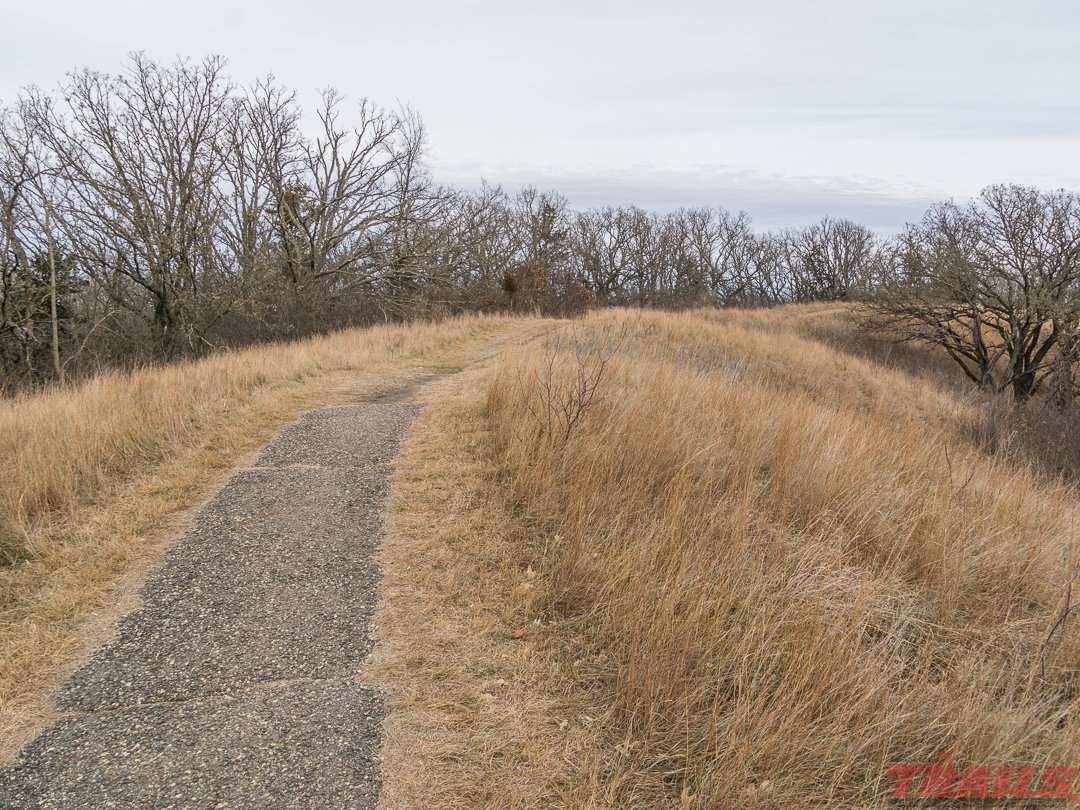 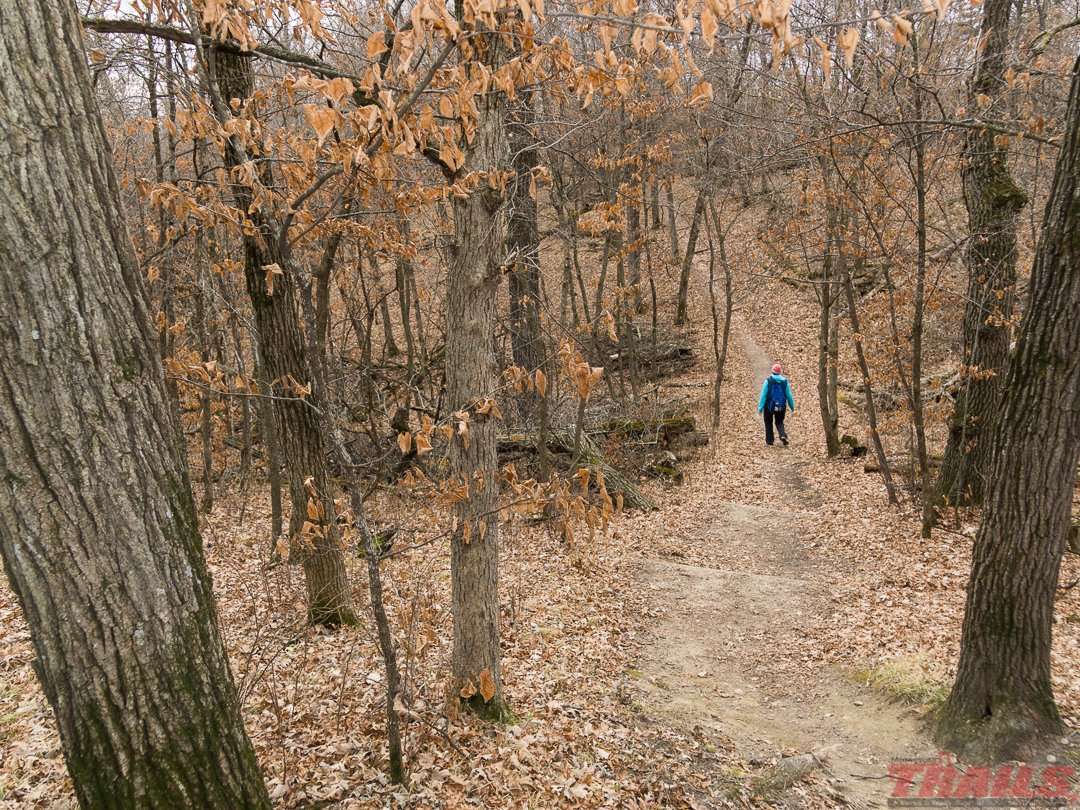 The park’s rolling hills were sculpted by glaciers 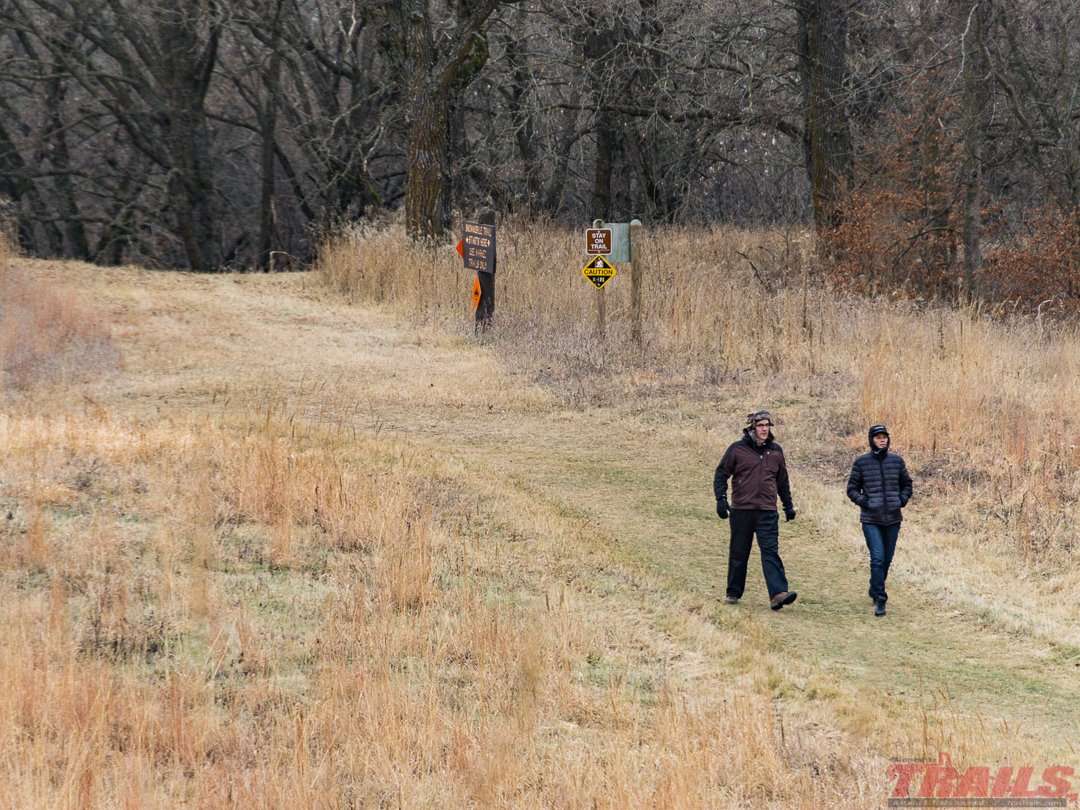 During summer, Andrew Lake is where you’ll find most of the park action. A large picnic area with a handsome granite shelter on the shoreline overlooks the lake. The Civilian Conservation Corps (CCC) built this shelter, and other granite park buildings, in the late 1930s. The sandy swimming beach draws flocks of sunbathers and kids, while the nearby pier is a fishing hot spot. 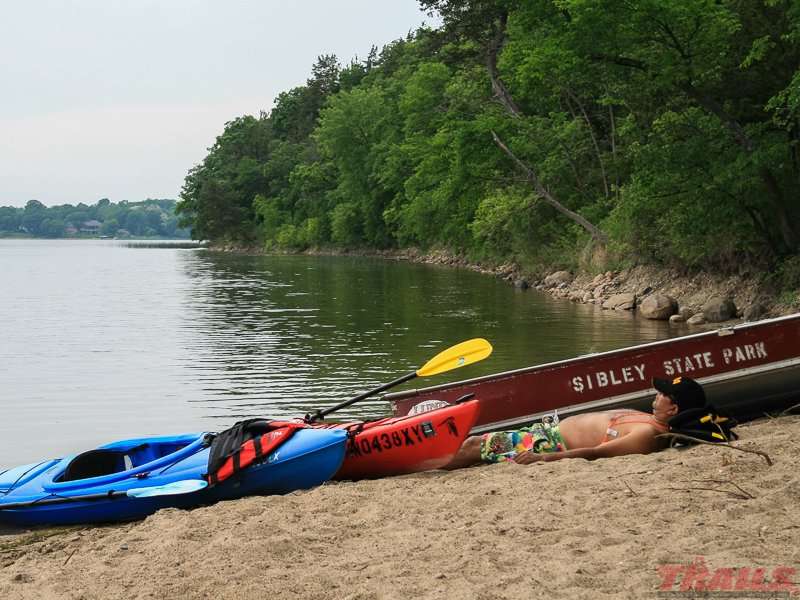 Taking a nap on the beach after a day of kayaking

The beach at Lake Andrew

Sibley’s eight miles of cross-country ski trails are rated intermediate to challenging and are long enough to give you a good workout. 2.5 miles are also groomed for skate skiing. Just outside the interpretive center is an action-packed inner-tube hill for those who enjoy sliding downhill. Snowshoeing is allowed anywhere in the park except on groomed trails.
More about skiing at Sibley State Park