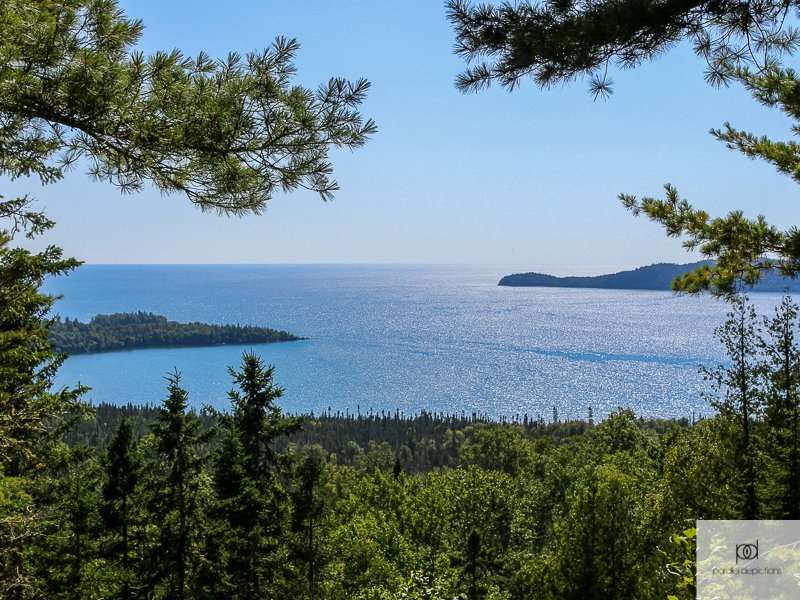 View of Lake Superior on the Middle Falls Trail

Up until the early 1990s, the highest, most dramatic waterfall in the state, on the Pigeon River, which forms the U.S. Canadian border, was inaccessible to the general public. Now, the 120-foot Pigeon Falls, known locally as High Falls, is the focal point of the 291-acre Grand Portage State Park. 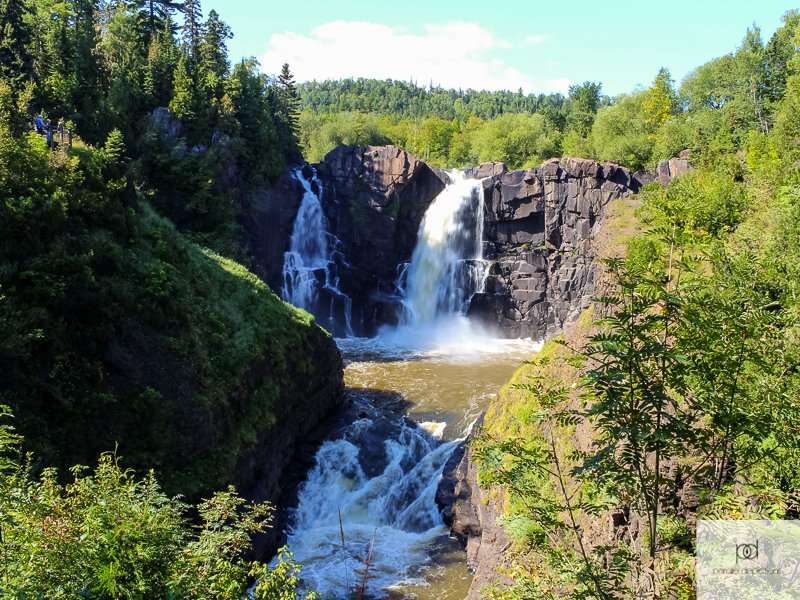 Pigeon Falls commands your attention. From the park overlooks, you can watch the racing river split into two torrents behind a rock wall on the edge of the precipice. As the water hurtles to the bottom of the rocky gorge, its formidable voice overpowers the other sounds of the aspen and birch forest along the Pigeon River. 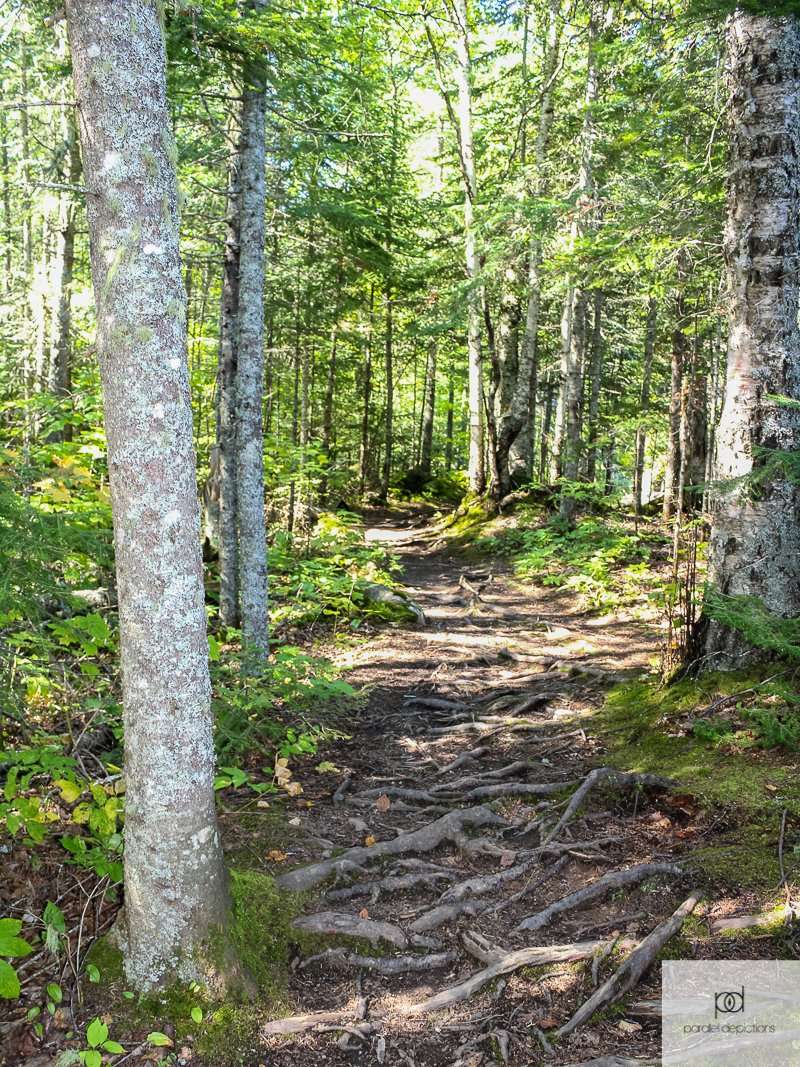 In keeping with the untamed nature of the falls and the river, Grand Portage State Park will remain as undeveloped as possible. Currently, the park includes about a mile of frontage on the Pigeon River, four miles of hiking trails and a half-mile long wheelchair-accessible boardwalk leading to the High Falls. You can view the falls and river gorge from several rustic overlooks.

The park is designed for day use only. The nearest public campground is at Judge C.R. Magney State Park, southwest of Grand Portage along Highway 61.

Dakota, Cree, Ojibwe and other native people knew that they could traverse this forest wilderness of lakes and streams by following a maze of water routes. When the explorers, missionaries and voyageurs came into this country in the mid-17th century, they asked the Indians to show them the way. During the fur trade era, voyageurs navigated a 3,000-mile water route that stretched from Montreal to Lake Athabasca in northwestern Canada. When they reached streams they could not navigate, canoe men carried boats and cargo over a “portage,” or trail. Grand Portage, the “Great Carrying Place,” bypassed rapids on a 21-mile section of the lower Pigeon River and was the acknowledged throughway to Canada’s prime fur country. The Indians, and later the voyageurs, had worn an 8.5-mile path from the settlement at present-day Grand Portage on Lake Superior to a spot on the Pigeon River where they could continue northwest by canoe. Grand Portage, including the stockade settlement and the portage trail, is now a national monument.

Grand Portage became a state park through an alliance of agencies and individuals. Mark and Joan Strobel were not the first people to envision Pigeon Falls as a state park, but they were the most recent and perhaps the most persistent. Mark first saw the spectacular falls from Middle Falls Provincial Park, which protects the falls on the Canadian side of the river. Using the provincial park as a model of minimal development and preservation of uncluttered beauty, the Strobels got to work advocating a state park on the Minnesota side of the Pigeon River. The Strobels joined the Minnesota Parks and Trails Council and Foundation in 1985. The council is a non-profit volunteer organization concerned with the establishment, development and protection of parks throughout Minnesota. The group brings parks and trails issues before the DNR and the legislature. The council approached Lloyd K. Johnson, who owned the land along the U.S. side of the falls, about buying his land for use as a state park. The Grand Portage Band of Minnesota Chippewa, whose reservation surrounded Johnson’s land, also was interested in buying it to preserve the falls. In addition, a developer wanted to buy the land for use as a large resort. Finally, a unique agreement was reached. The council would buy Johnson’s land and then sell it to the state for development of a state park. The park planning committee included Cook County citizens, the DNR, the park council and the band. It was agreed that the Grand Portage Band would officially own the land, and the state DNR would develop and maintain the park. Grand Portage State Park was dedicated in September of 1990. The persistence of the Strobels and the cooperation of the agencies involved combined to preserve Pigeon Falls forever as part of “The Big Wild.”

About 3.5 miles of hiking trails are available in the winter and snowshoeing is allowed anywhere in the park.
Find northeast Minnesota ski trails