This scenic trail starts at the northern end of the Lake Wobegon Trail between Holdingford and Bowlus at the Stearns and Morrison County line. The quiet trail crosses a pastoral landscape with an occasional farm and wetland. Read more … 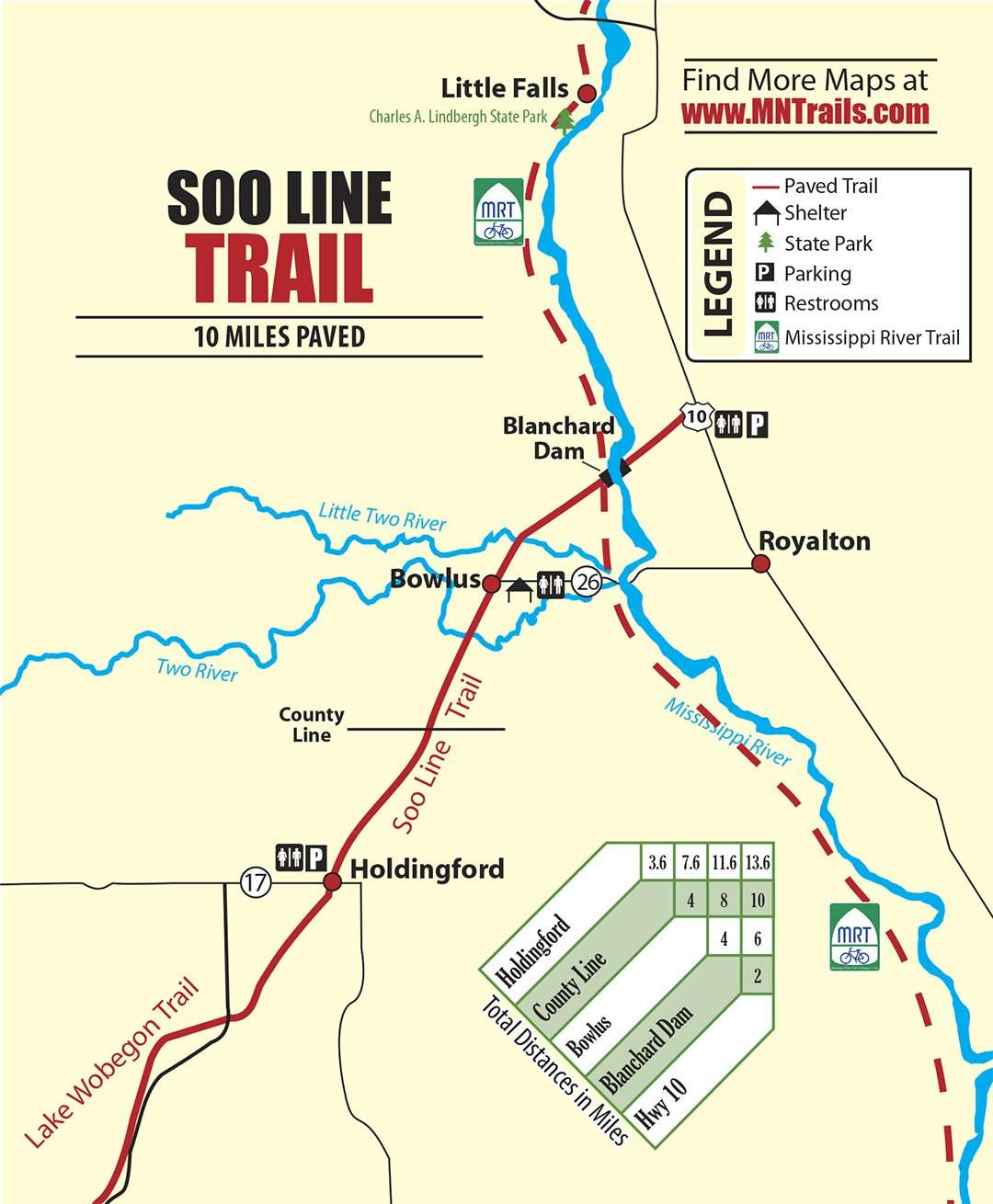 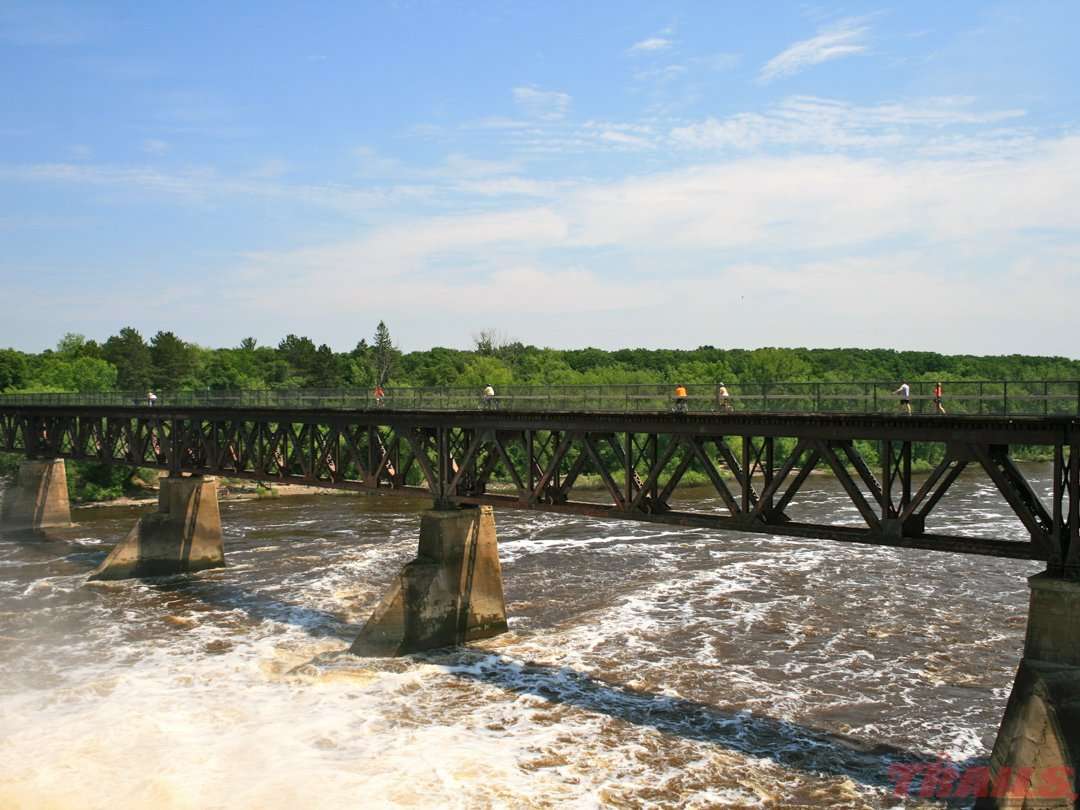 The trail crosses the Mississippi River at Blanchard Dam

Bowlus’ trailhead resembles the long-gone railroad stop and has bathrooms, parking and water. Four miles farther to the northeast, the trail crosses the railroad trestle just downstream of Blanchard Dam on the Mississippi, with a 1920s hydroelectric station still in use today. At Blanchard Dam, search the riverbanks for Twinned Staurolite, a naturally occurring mineral. These so-called cross rocks or fairy stones will occasionally form in the shape of a Maltese Cross and can only be found in a few places in the world. 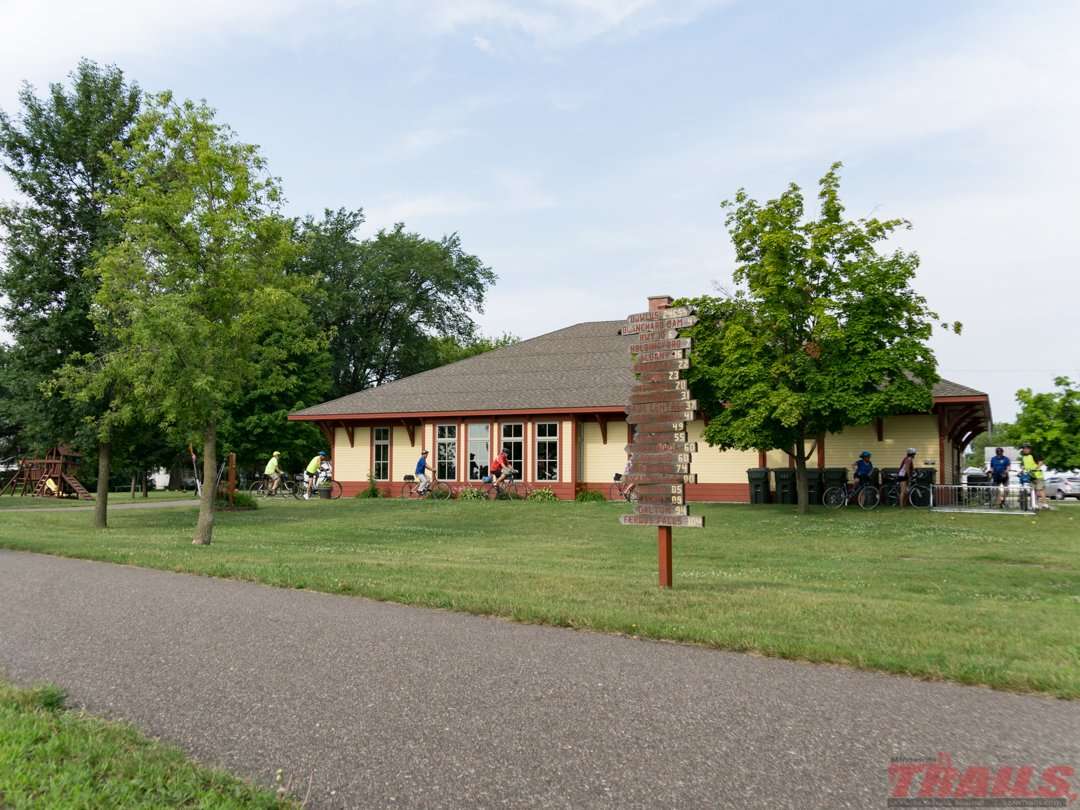 The Bowlus trailhead was built to resemble the old train station 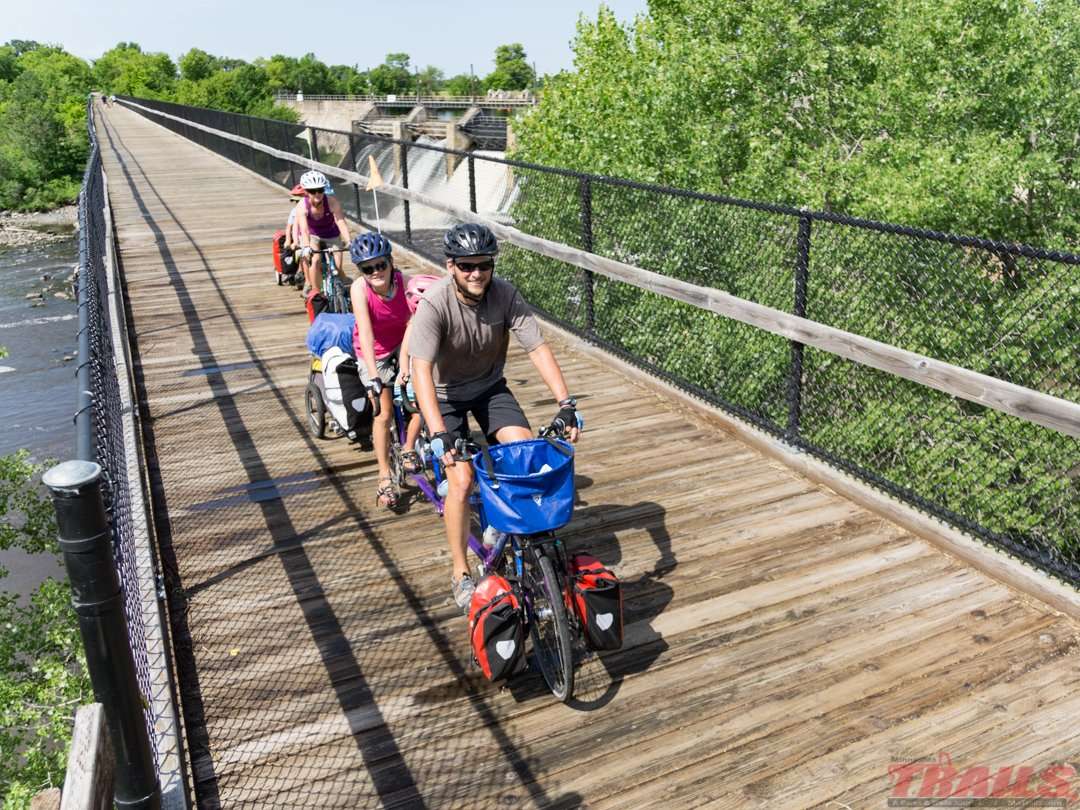 A family of cross-country bikepackers crosses the Blanchard Dam bridge 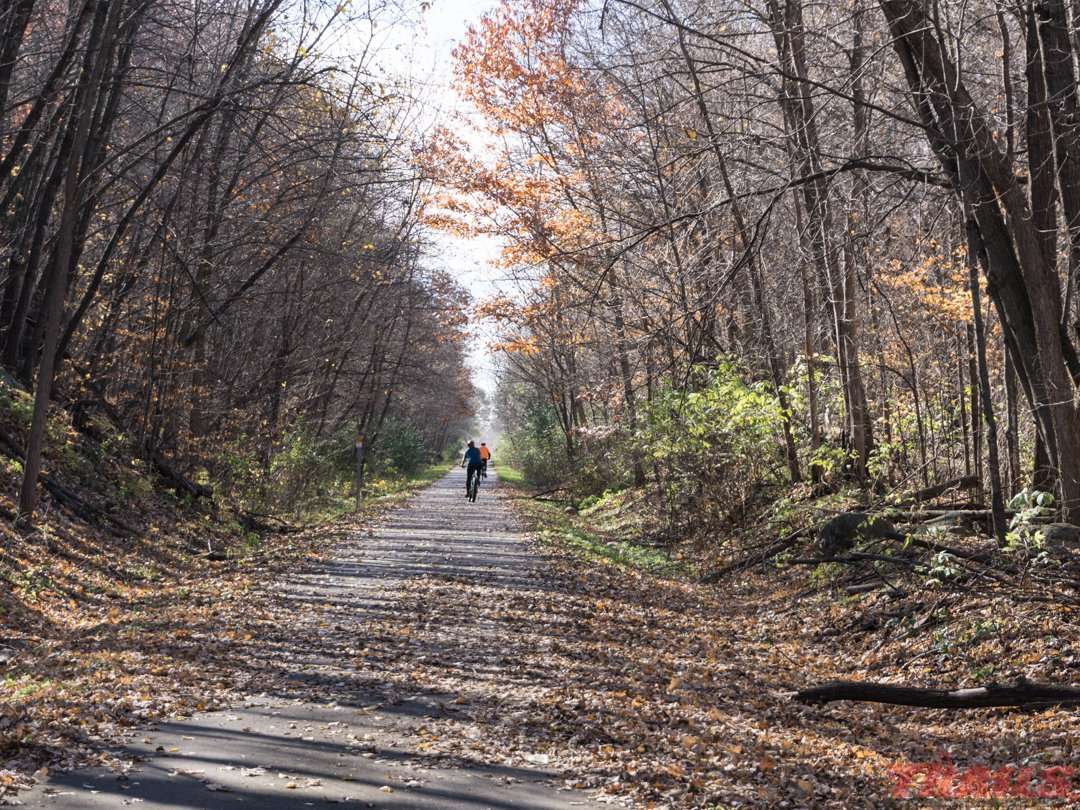 Cyclists have access to Charles A. Lindbergh State Park via the Mississippi River Trail Scenic Bikeway on the west side of the river. The paved section ends at a trailhead at Highway 10 near Royalton, but continues unpaved to Superior, WI with another paved 11-mile segment between Isle and Onamia. A connecting trail takes you into Father Hennepin State Park in Isle. This trail corridor is part of an abandoned railroad line that includes today’s Dairyland Trail and parts of the Lake Wobegon Trail.

Read about the former railroad corridor