The Lake Wobegon Trail is a 65-mile long, 10-foot wide, bituminous surfaced hike-and-bike pathway. The trail extends through the Central Minnesota counties of Stearns and Todd from the city of Waite Park to the city of Osakis. The trail also has an extension from Albany heading northeast to Holdingford and the Stearns/Morrison County line. 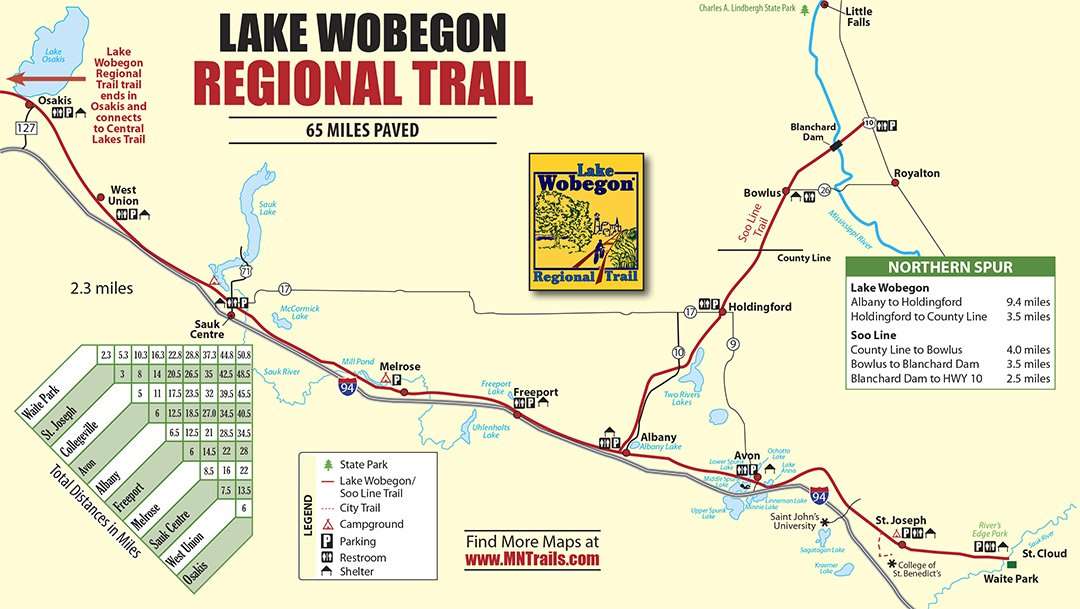 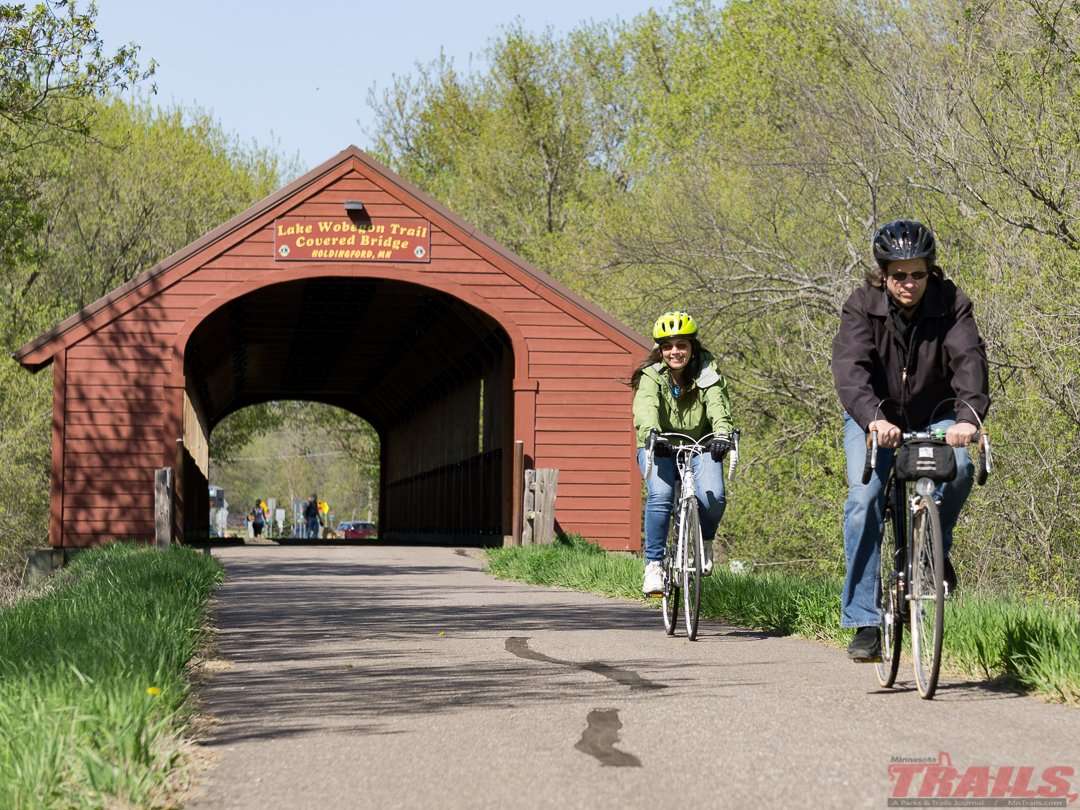 Covered bridge on the northern spur in Holdingford

Church steeples, colleges, cows, lakes and the mythical city of Lake Wobegon greet you on the 65 miles of the Lake Wobegon Trail. This paved trail travels through the state’s leading dairy County, eight communities, two colleges, two monasteries and the boyhood home of Nobel Prize winner Sinclair Lewis along its route between Waite Park and the city of Osakis. An extension from Albany heads northeast to Holdingford and the Stearns/Morrison County line. 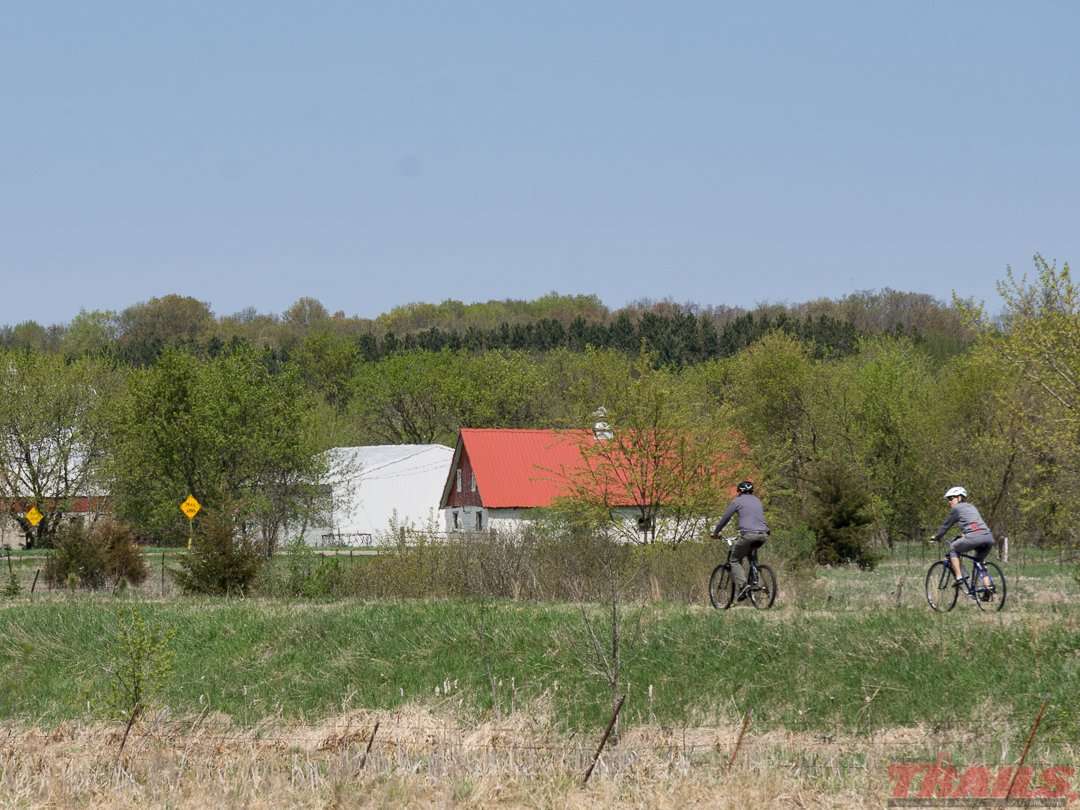 Starting at Rivers Edge Park in Waite Park, you’ll cross the Sauk River on this newest section of the Lake Wobegon Trail. En route to St. Joseph you ride along natural areas and farm fields. 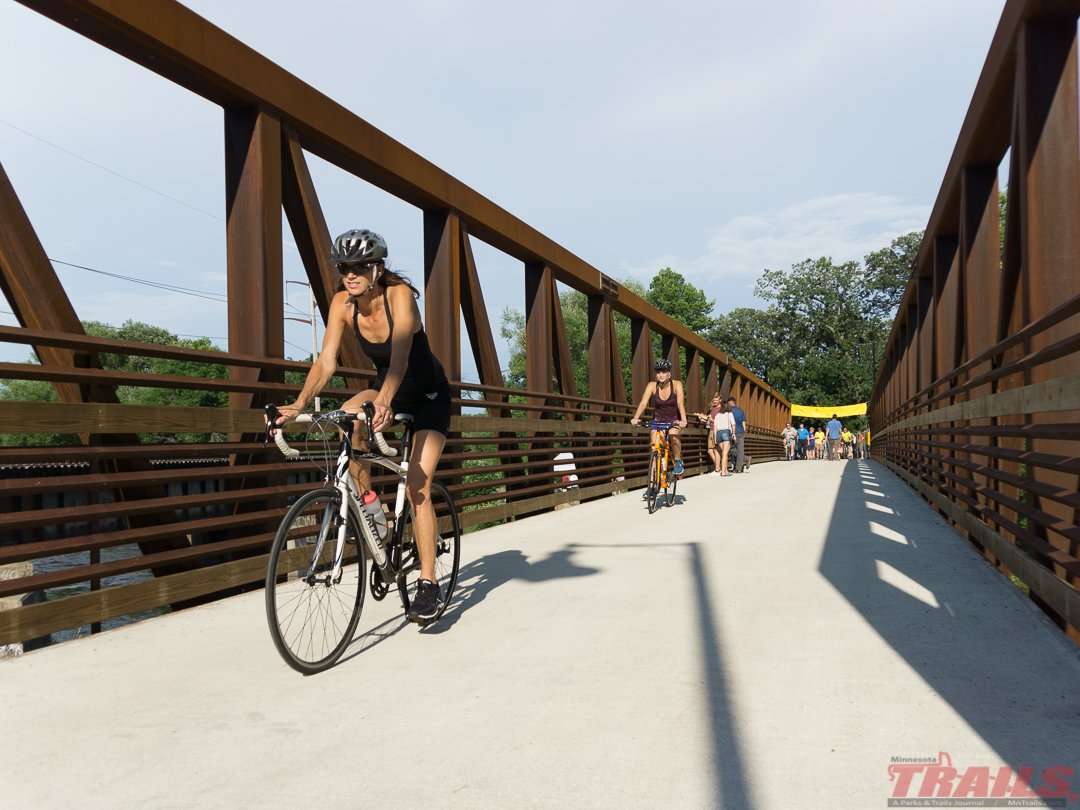 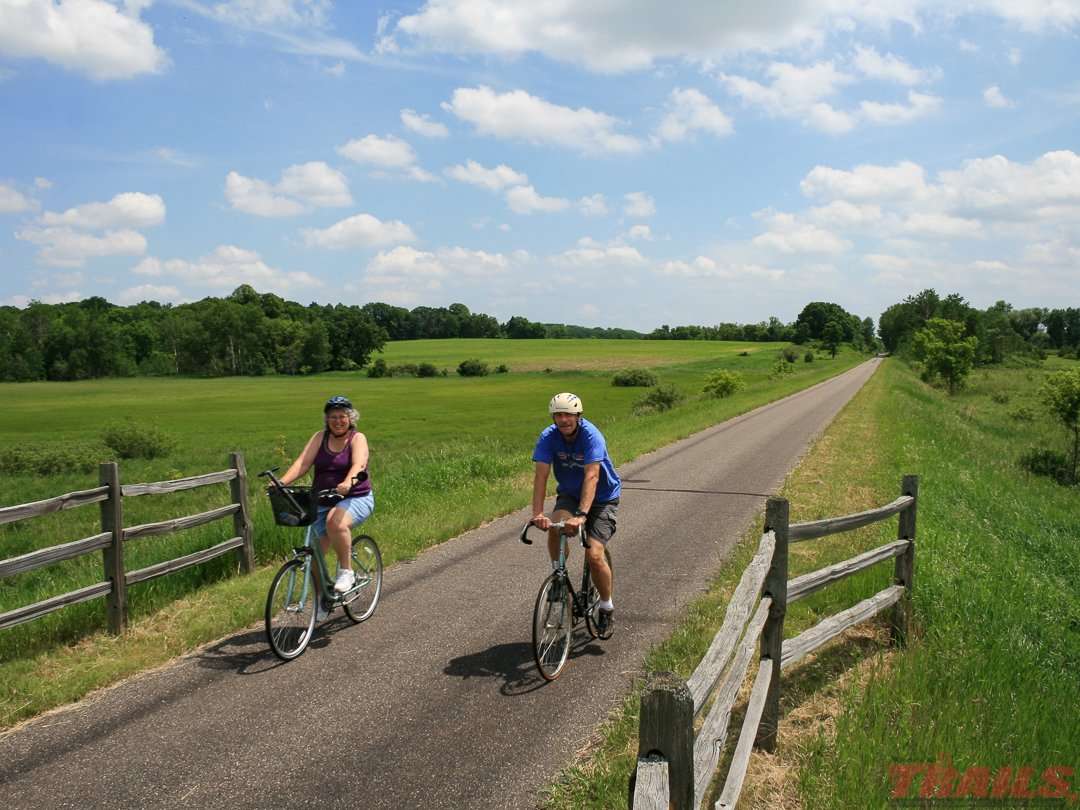 Between Saint Joseph and Avon

A few miles outside of St. Joseph, see the old town of Collegeville, which now consists of only a few homes, but once had a popular train depot, boarding house, post office and store. You can turn left at Collegeville for a 2.5-mile side trip to Saint John’s University. 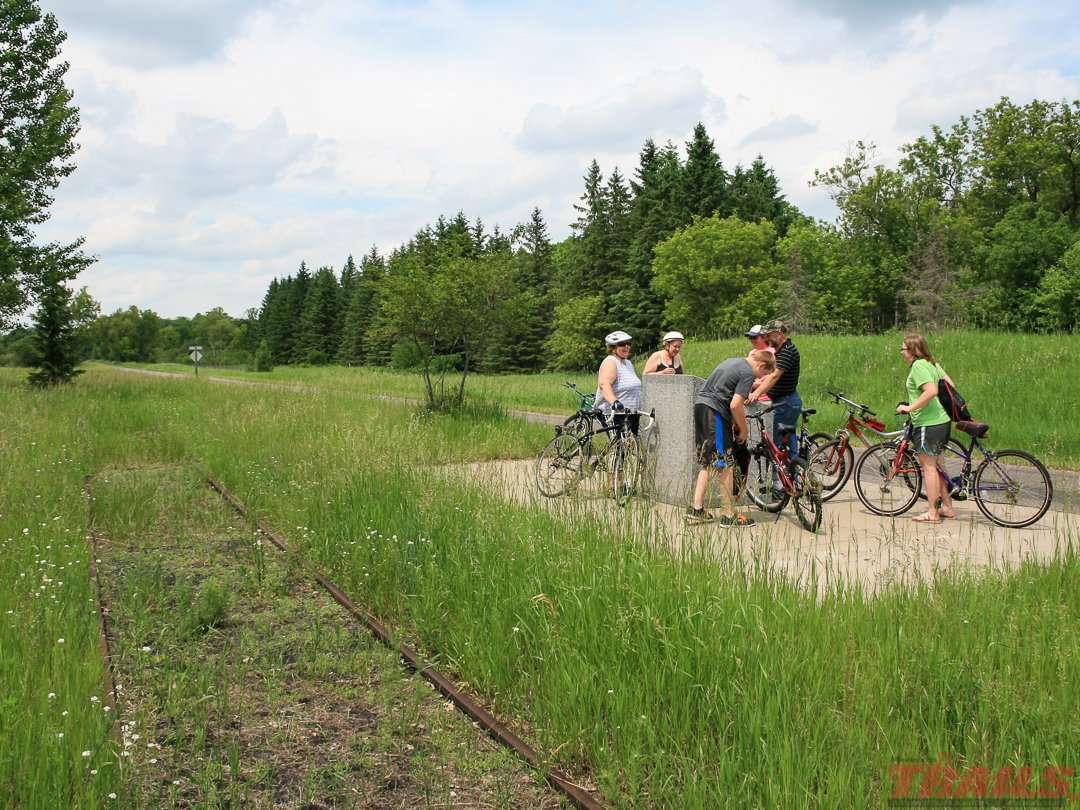 At Avon, you’ll find shelters, bathrooms, a water fountain and a two-storied lookout tower/shelter that gives you a bird’s eye view of the surrounding region. The next 5.5 miles is perhaps the most beautiful along this stretch of trail, with deeper woods, prairies and lakes. Keep an eye out for Lady’s Slipper orchids in May and June. 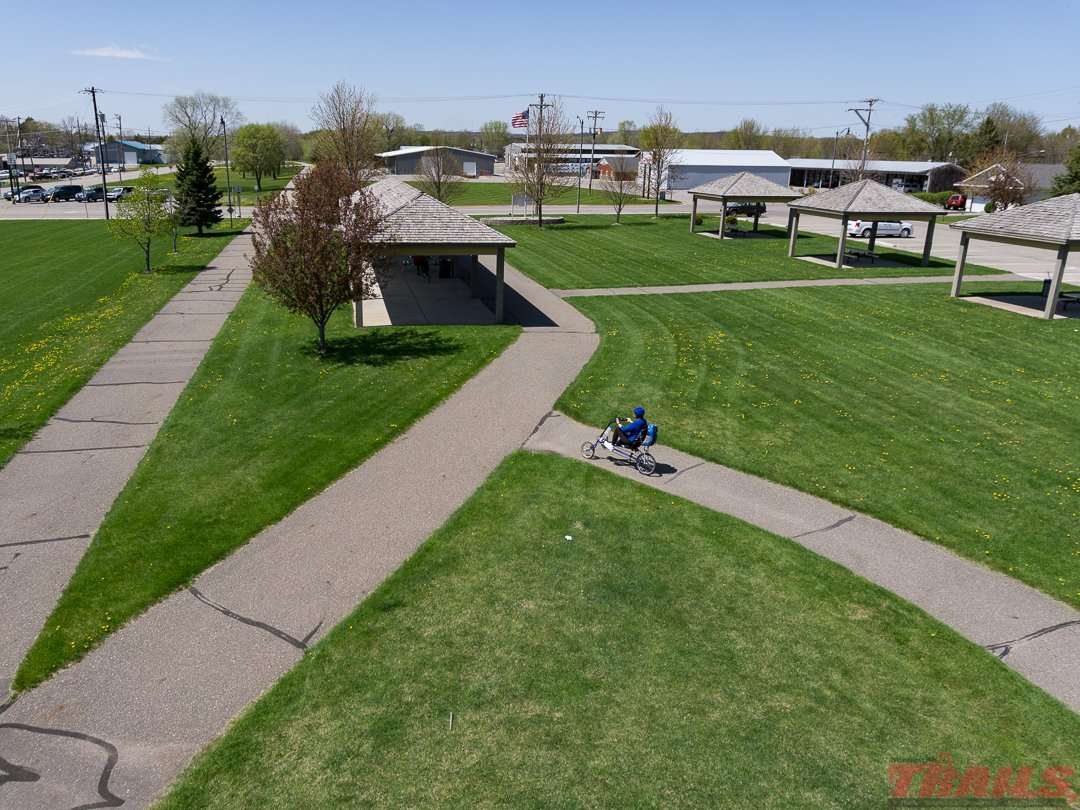 View of the Avon trail head from the observation tower 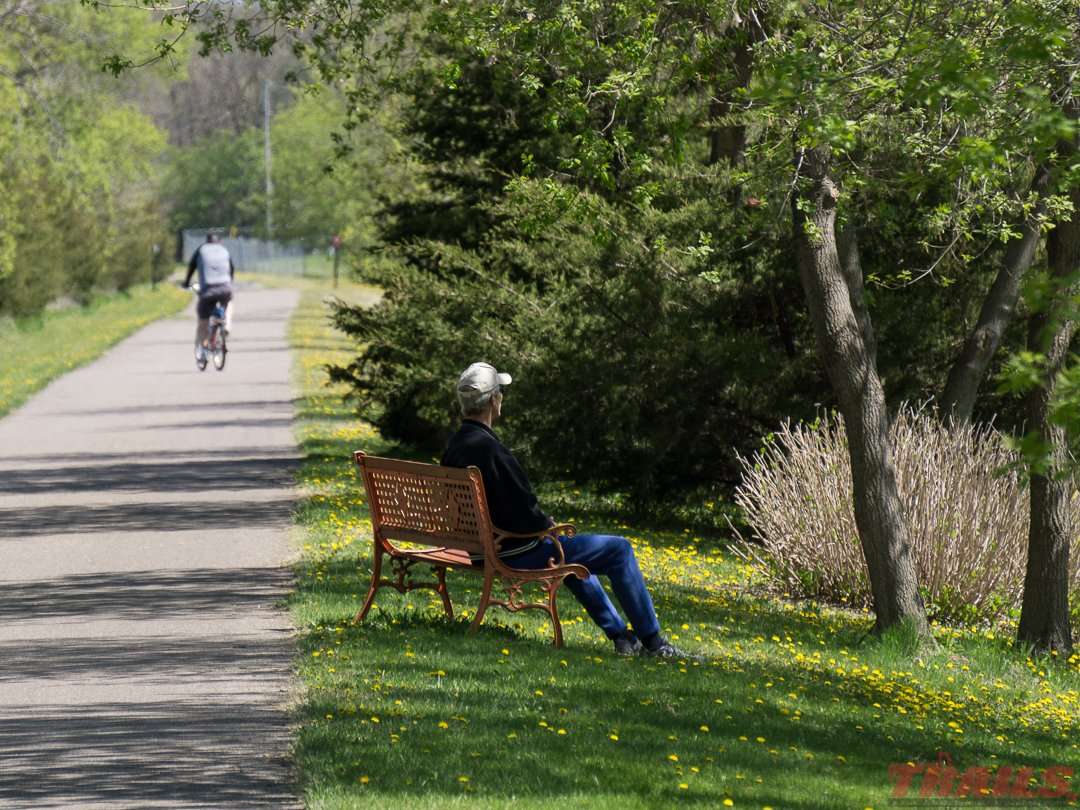 Taking a break near Avon 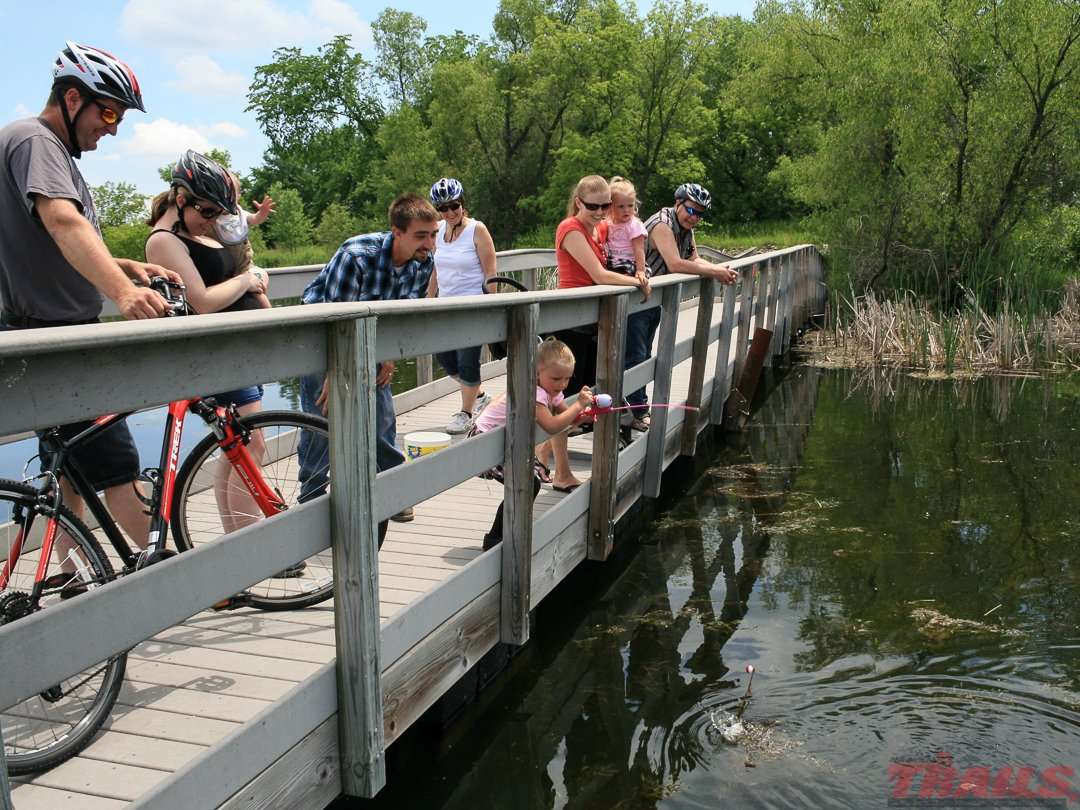 Reelin’ in the Big One on Lower Spunk Lake

Just east of Albany, a spur of the Lake Wobegon Trail goes north nine miles to Holdingford, home of Minnesota’s longest covered bridge. This spur connects with the paved Soo Line Trail at the county line and offers pastoral views of a natural landscape. The Soo Line trail goes through Bowlus, crosses the Mississippi River at Blanchard Dam and ends at a trailhead on Highway 10. West of Albany, you’ll find Freeport, the assumed birthplace of Lake Wobegon. 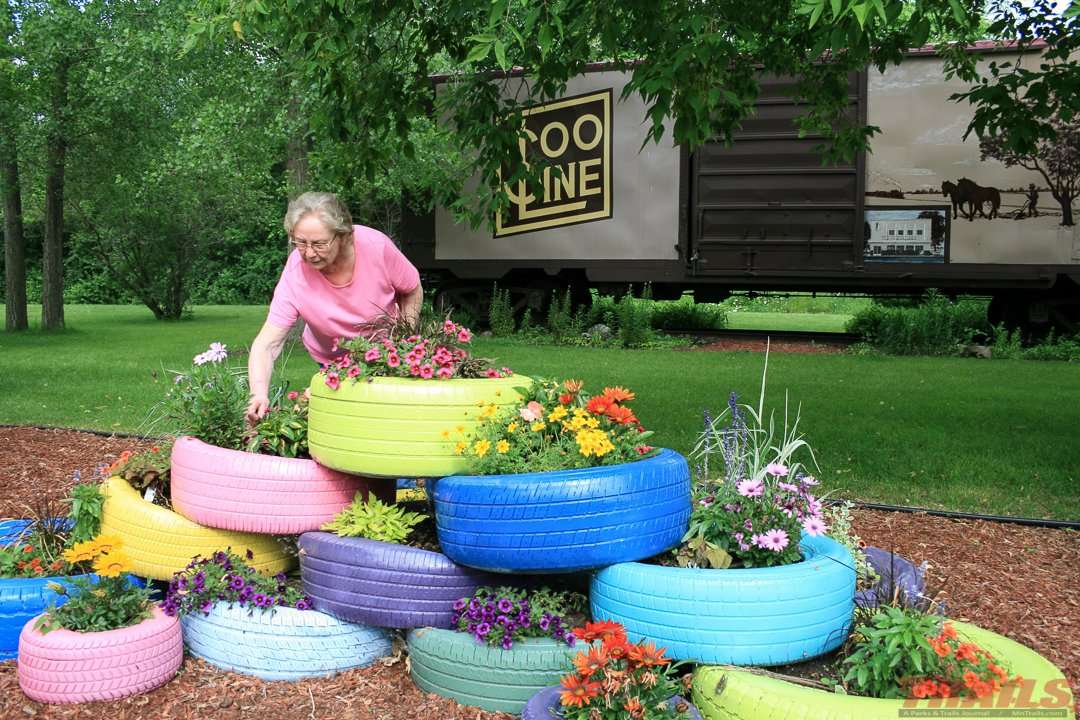 Volunteers tend the flowers at the Holdingford trail head 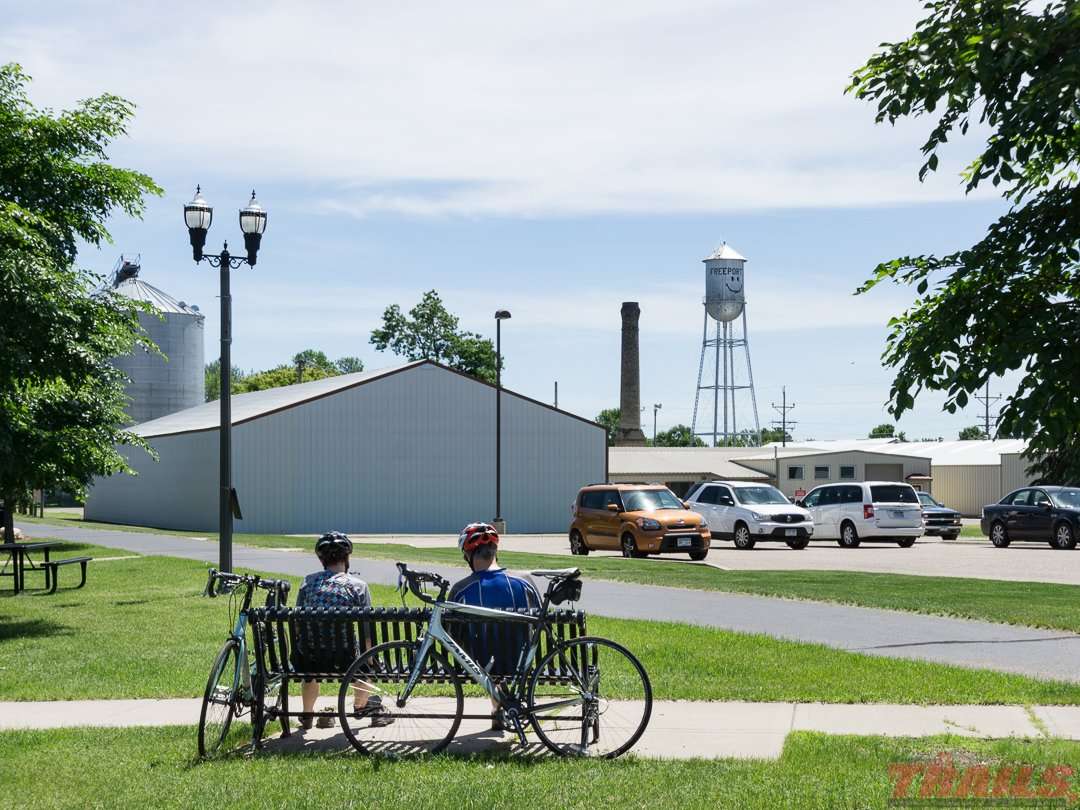 Garrison Keillor is said to have had the inspiration for some of his fictional places here. Head west for 5.7 miles to Melrose, home of the historic St. Mary’s Church and Rectory and the Melrose Area Museum. The official Melrose Trailhead is across the road near the Melrose Feed Mill. 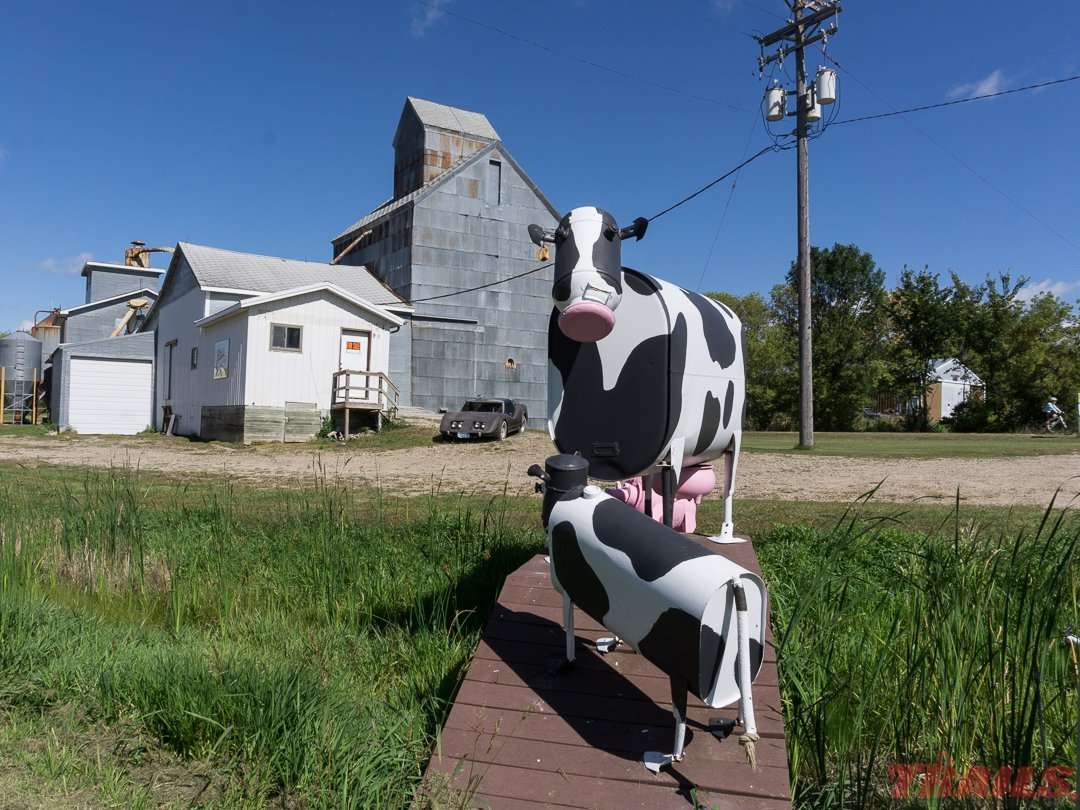 Art along the trail in West Union 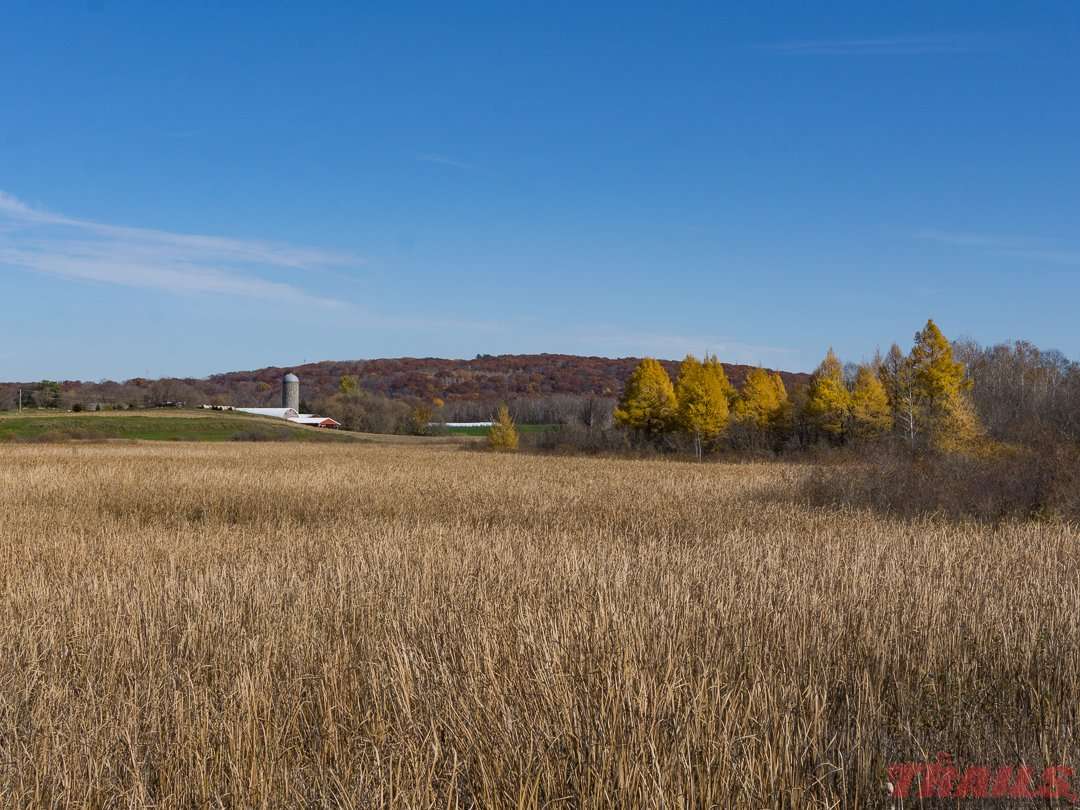 When you arrive in Sauk Centre, take a detour to see the Original Main Street made famous by Sinclair Lewis in his novel, “Main Street.” Farther up, you will find a city trail dropping back to Sinclair Lewis Park where you can find camping, bathrooms and parking. The 12-mile stretch between Sauk Centre and Osakis veers off into the country through the tiny town of West Union before entering Osakis. 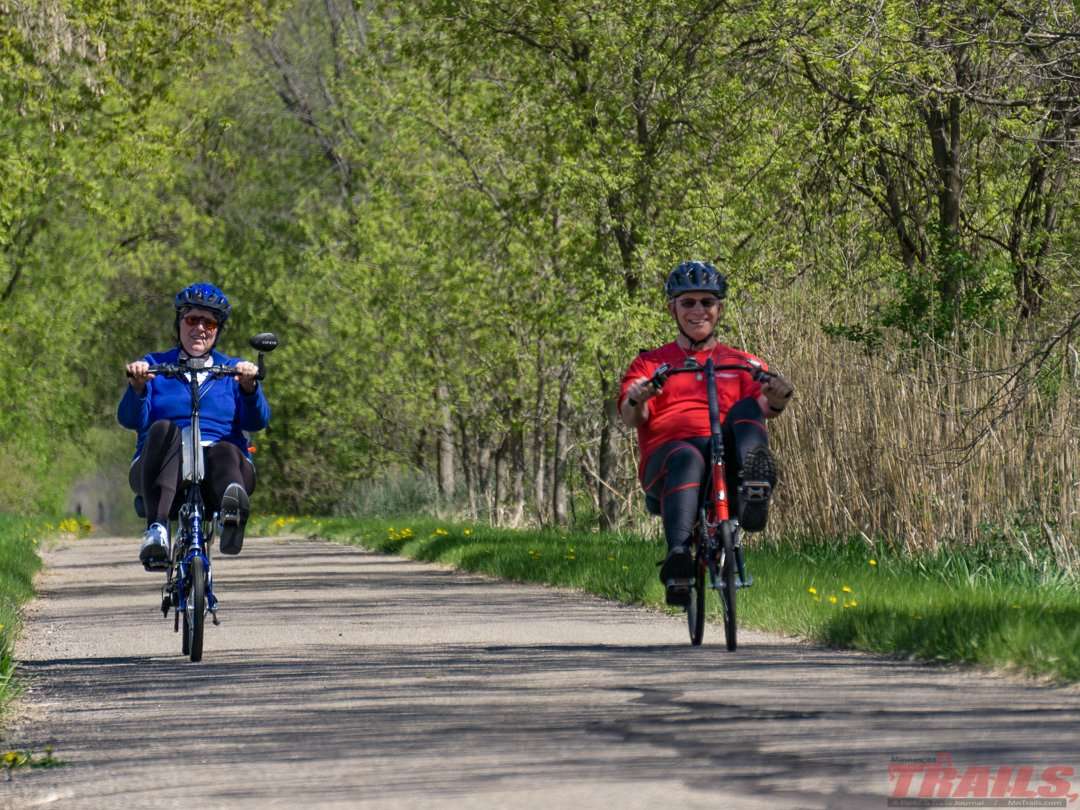 Just outside of Osakis, continue on to the Central Lakes State Trail, a 55-mile paved trail to Fergus Falls. At the Stearns/Morrison county line north of Albany, the Wobegon connects to the paved Soo Line Trail. Eventually, the Lake Wobegon Trail will connect with the Dairyland Trail in Albany. A link from Sauk Centre north to Browerville is also being explored.

The Lake Wobegon and Central Lakes Trail are built on the rail corridor formerly owned by Burlington Northern Railroad Company. As the profitability of the railroad line declined, Burlington Northern leased use of the tracks to smaller short line railroads. One of the last such companies was the Otter Tail Valley Railroad, which ran trains between Moorhead, MN and Avon, MN, from 1986 until1991, when the line was officially abandoned. The Lake Wobegon Regional Trail opened in 1998 and the Central Lakes State Trail was dedicated in 2005. The two trails officially joined near Osakis, MN in 2007. 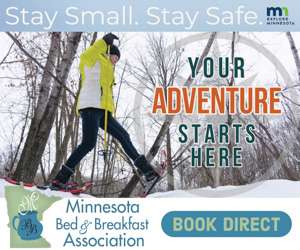