The paved Cannon Valley Trail from Cannon Falls to Red Wing follows an old Chicago Great Western railroad route and hugs the Cannon River. The trail is bordered by cliffs and lined with wildflowers, often under the canopy of lush trees. The trail is open year-round for non-motorized use and groomed for cross-country skiing in the winter. It also has several interpretive sites as well as rest stops with benches, water and toilets. Trail users need to purchase a wheel pass. 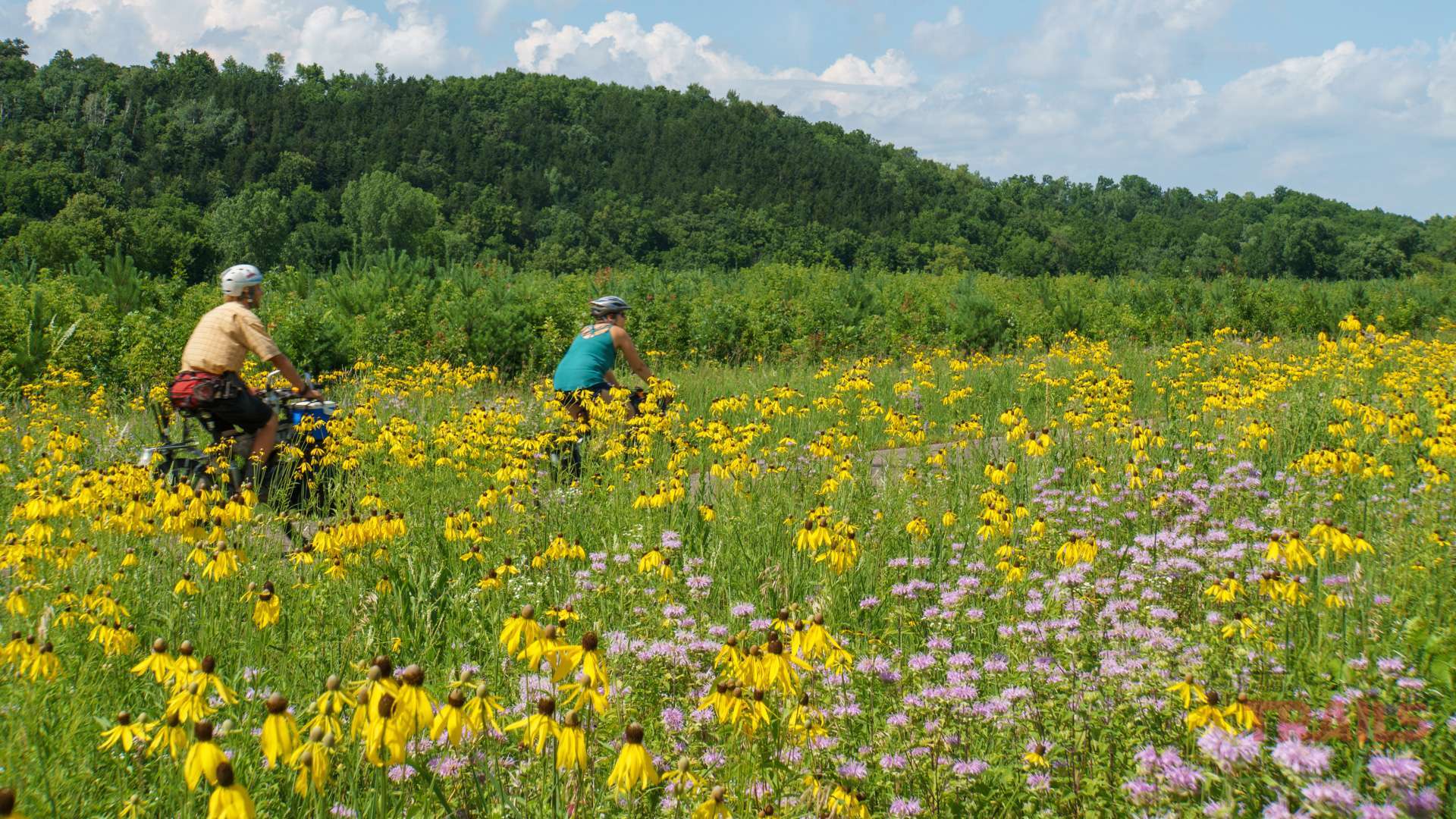 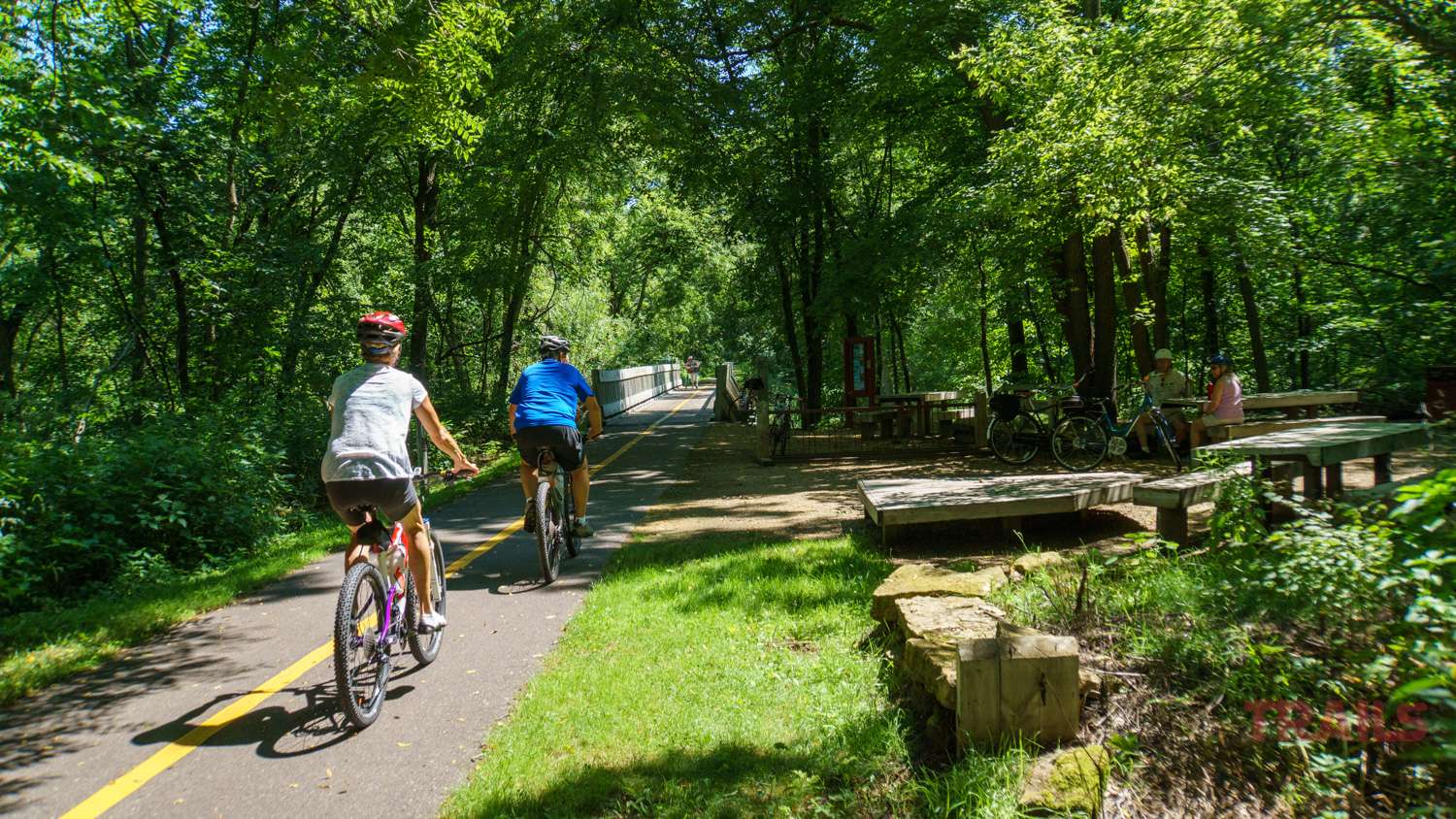 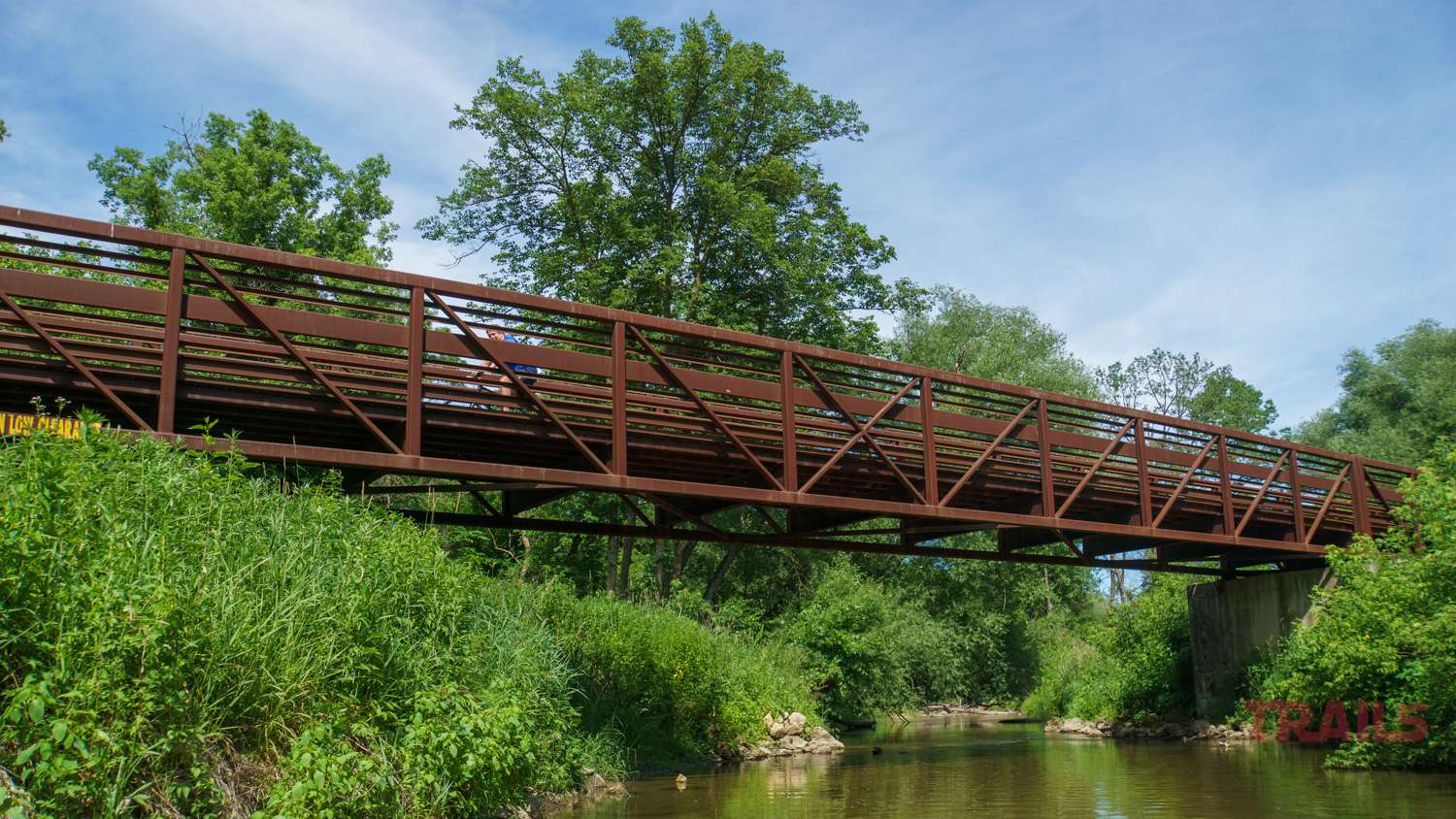 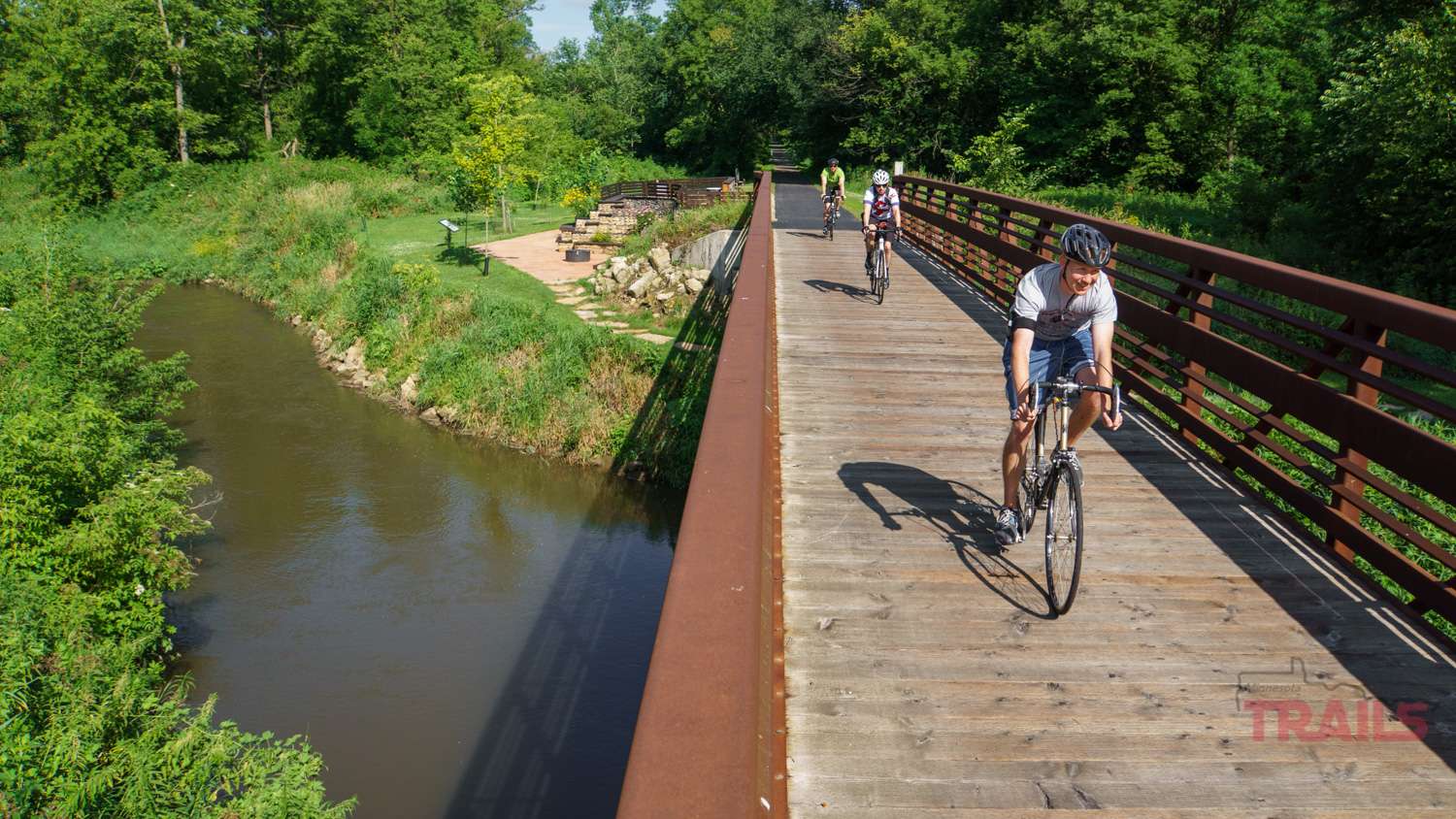 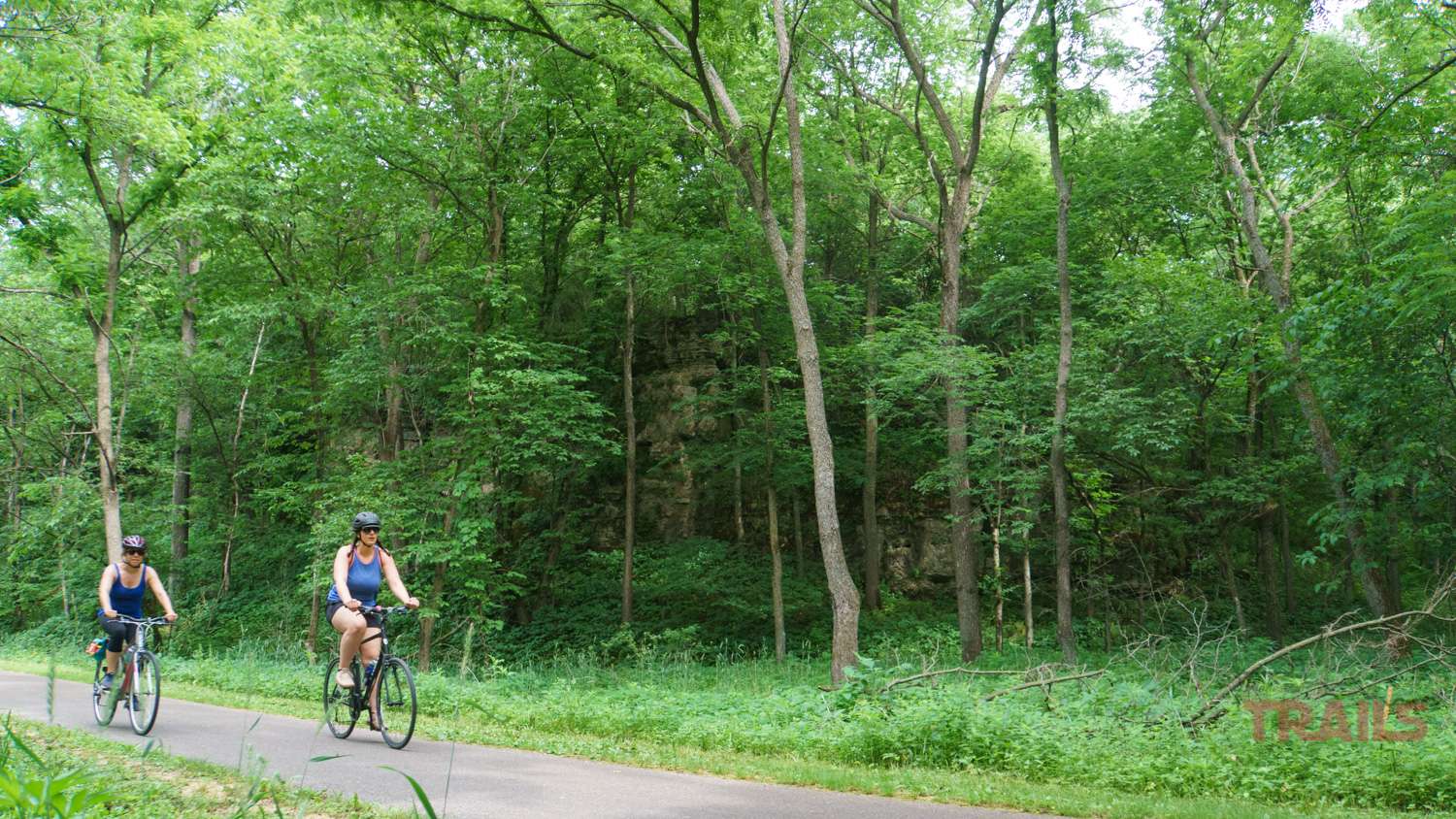 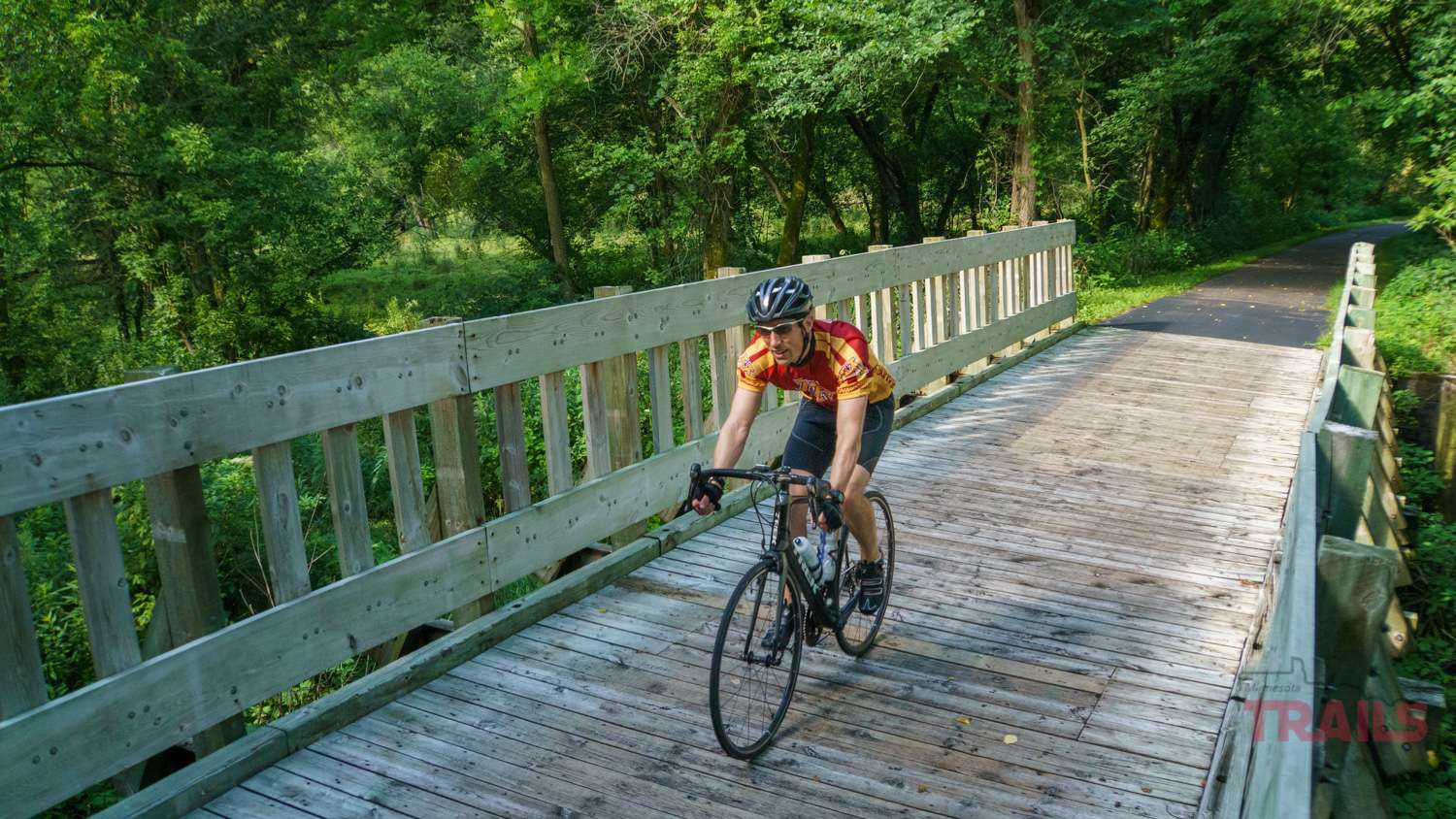 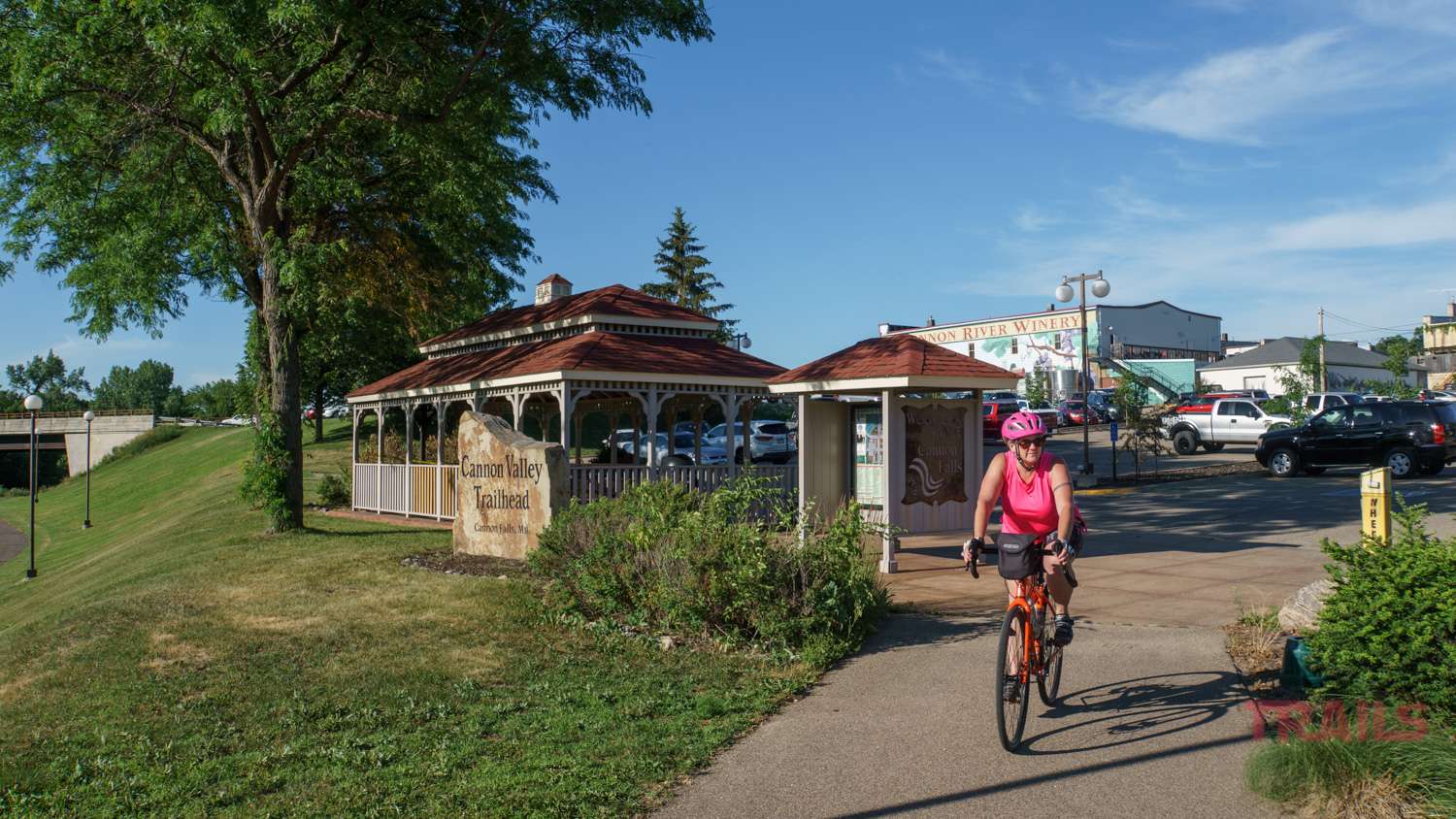 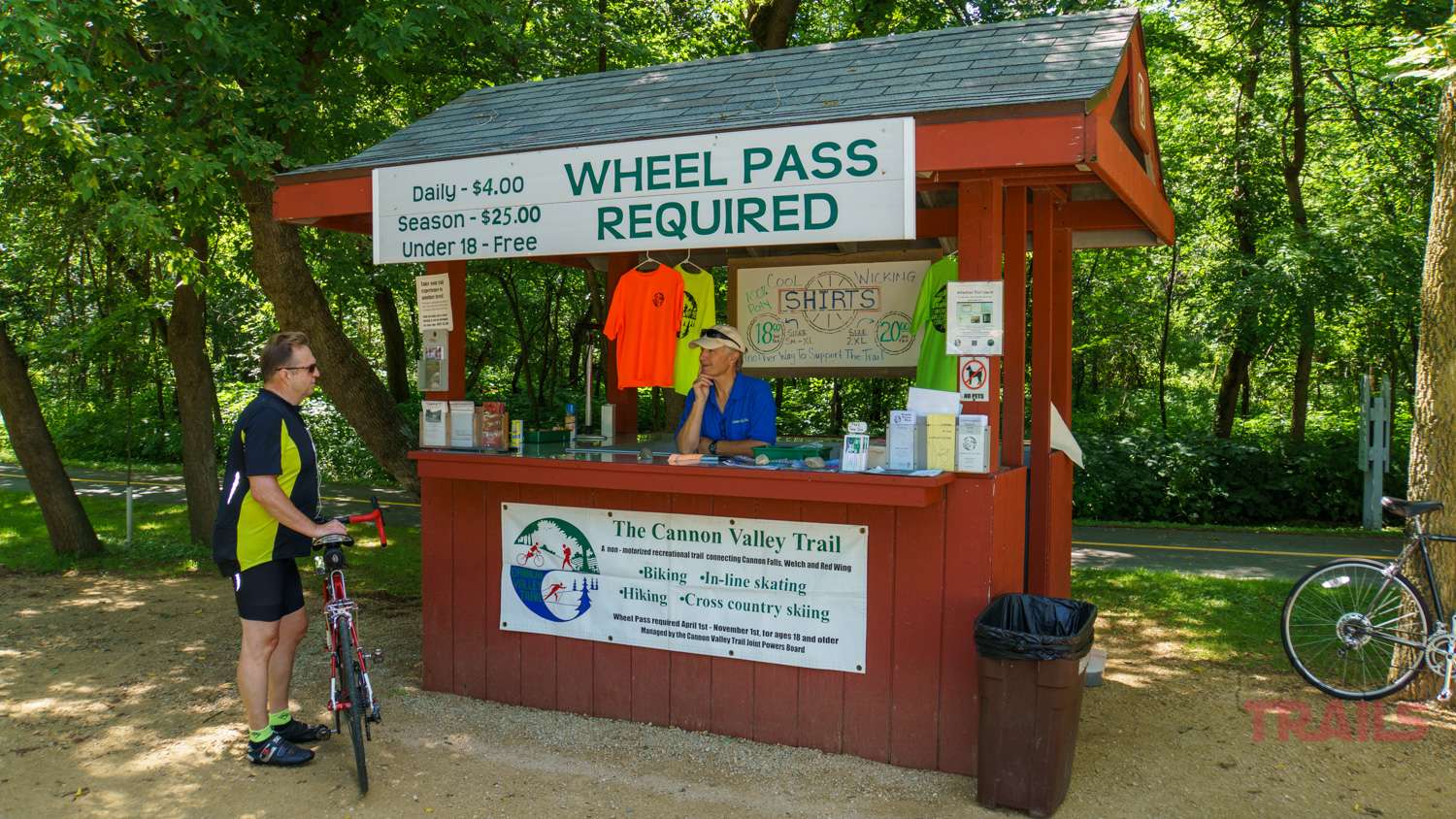 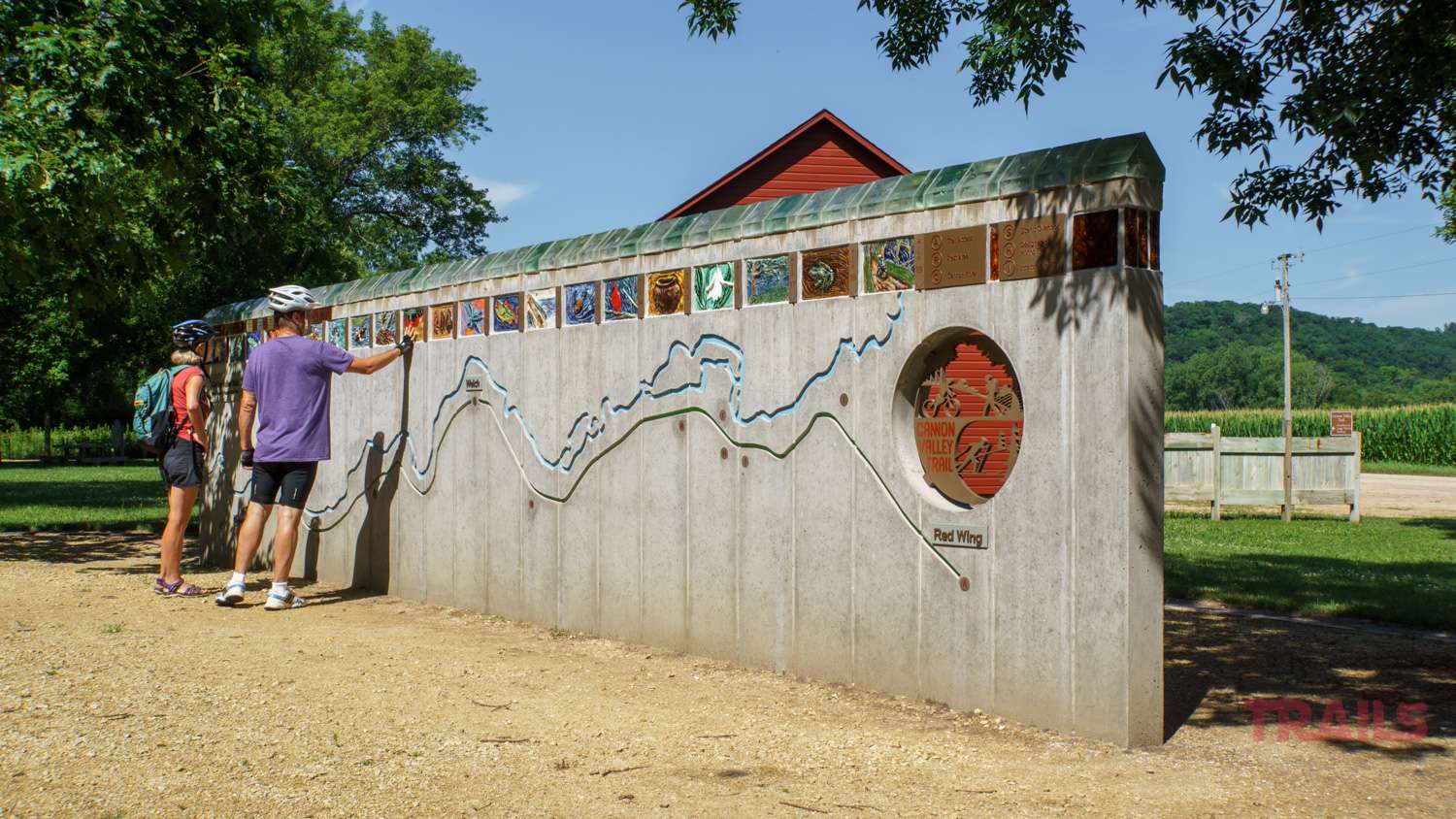 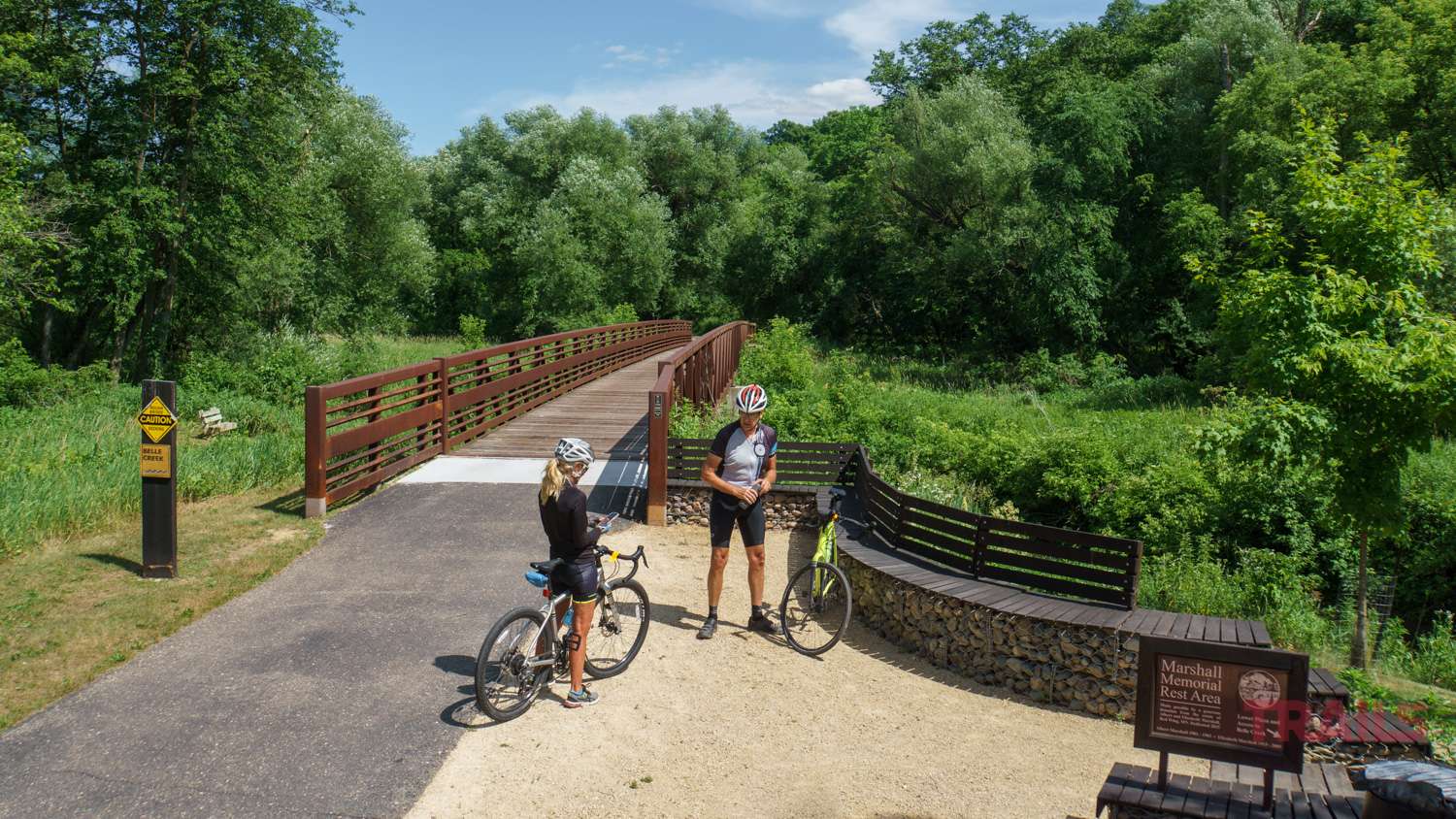 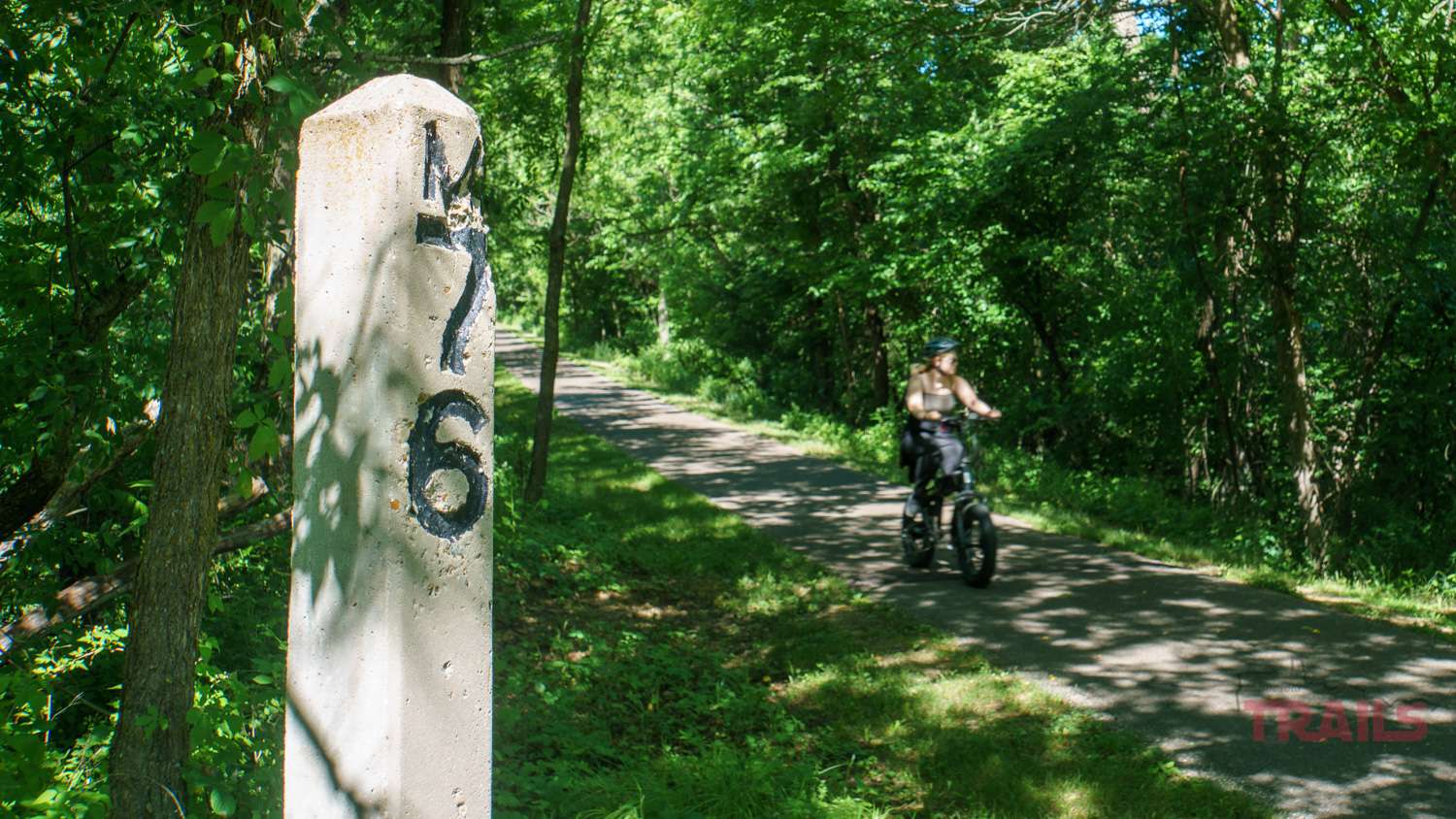 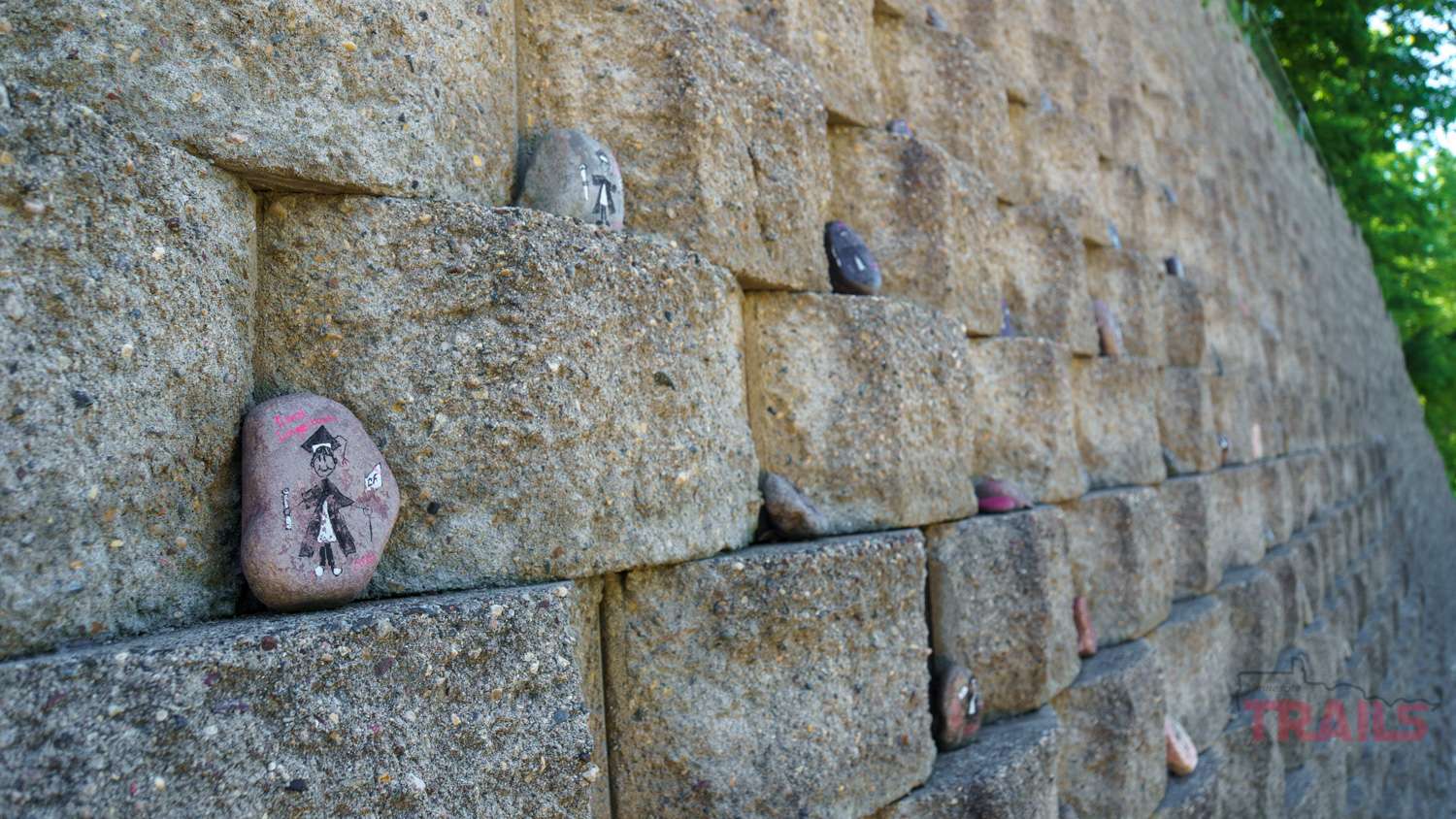 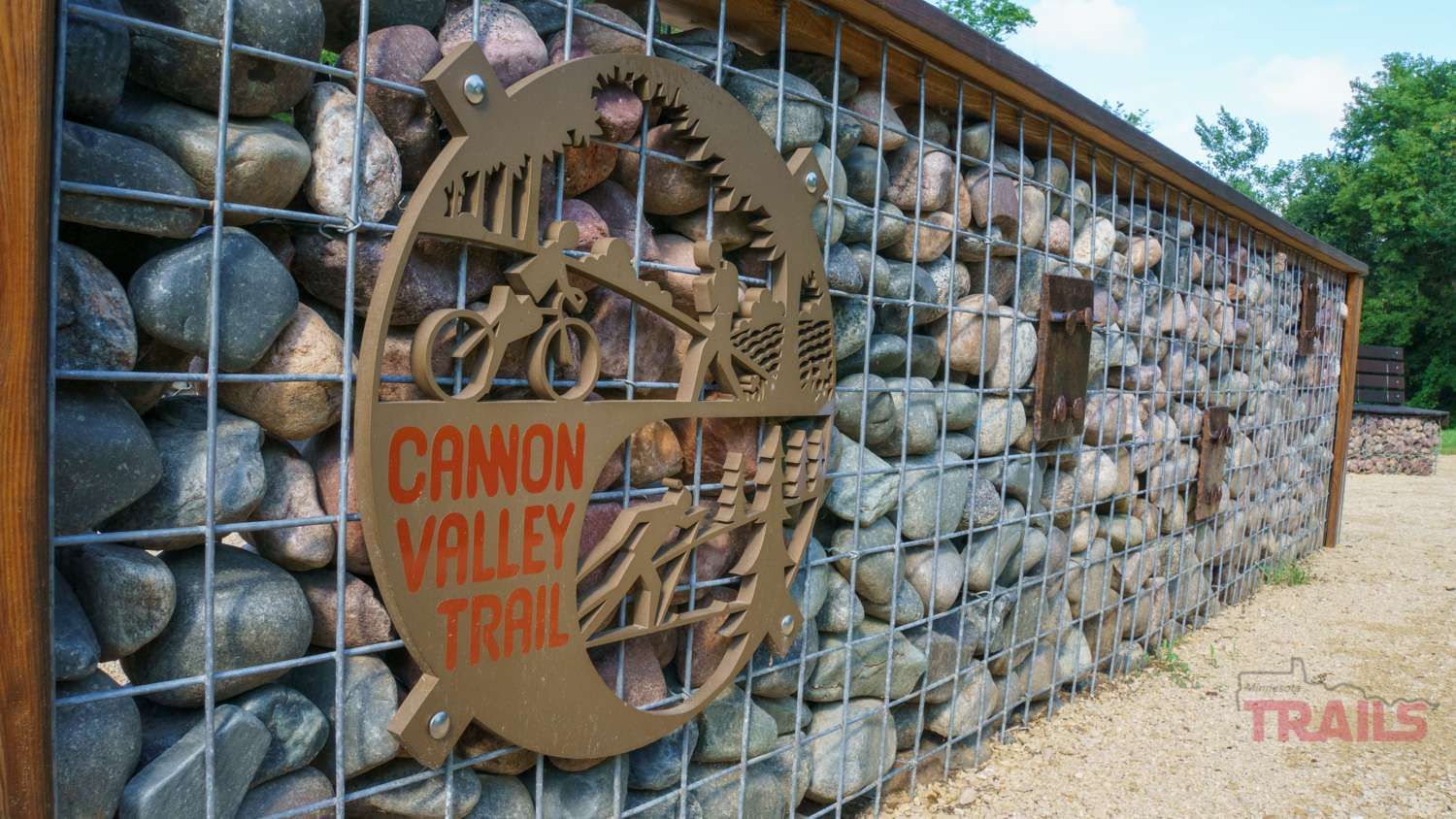 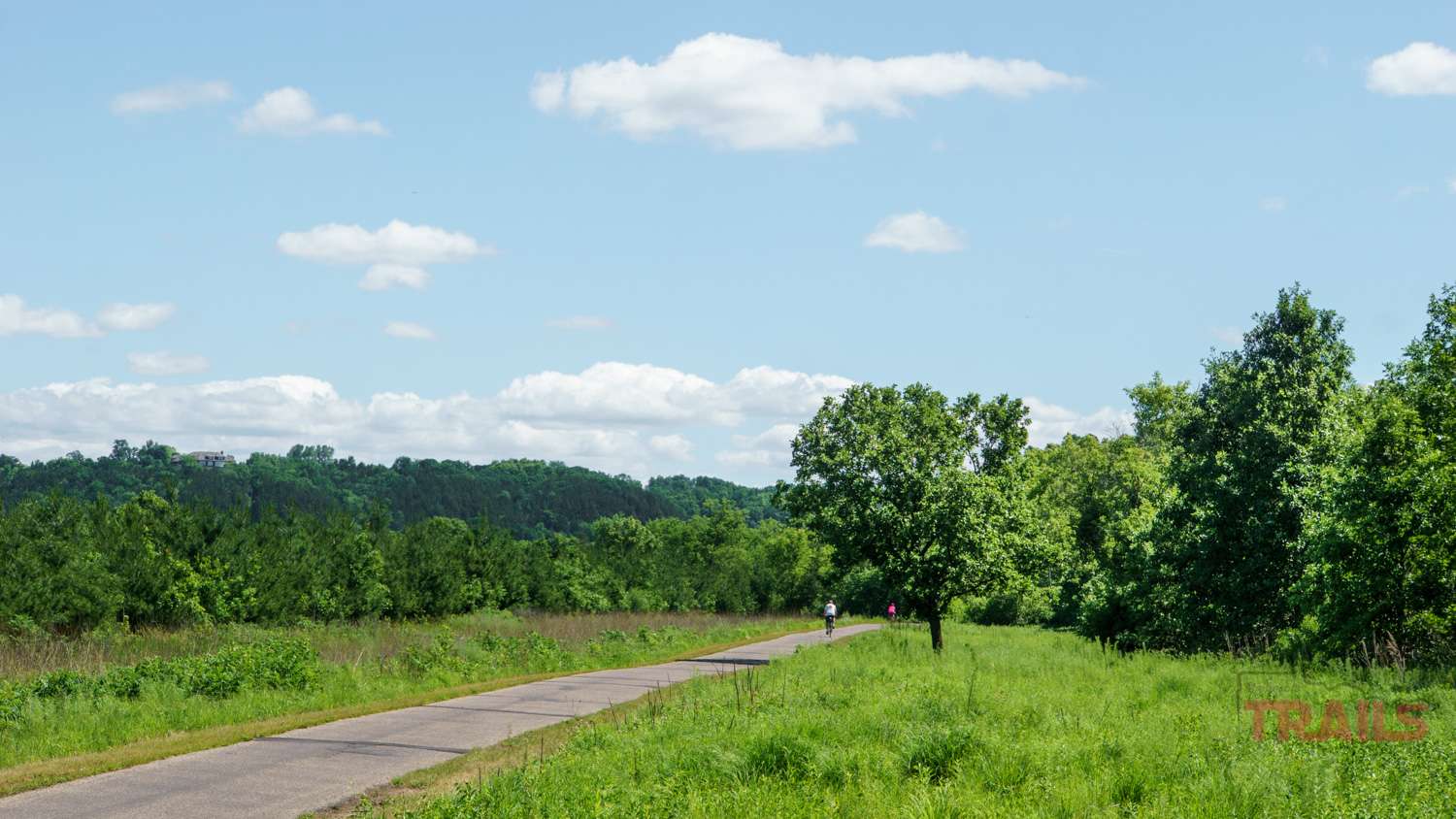 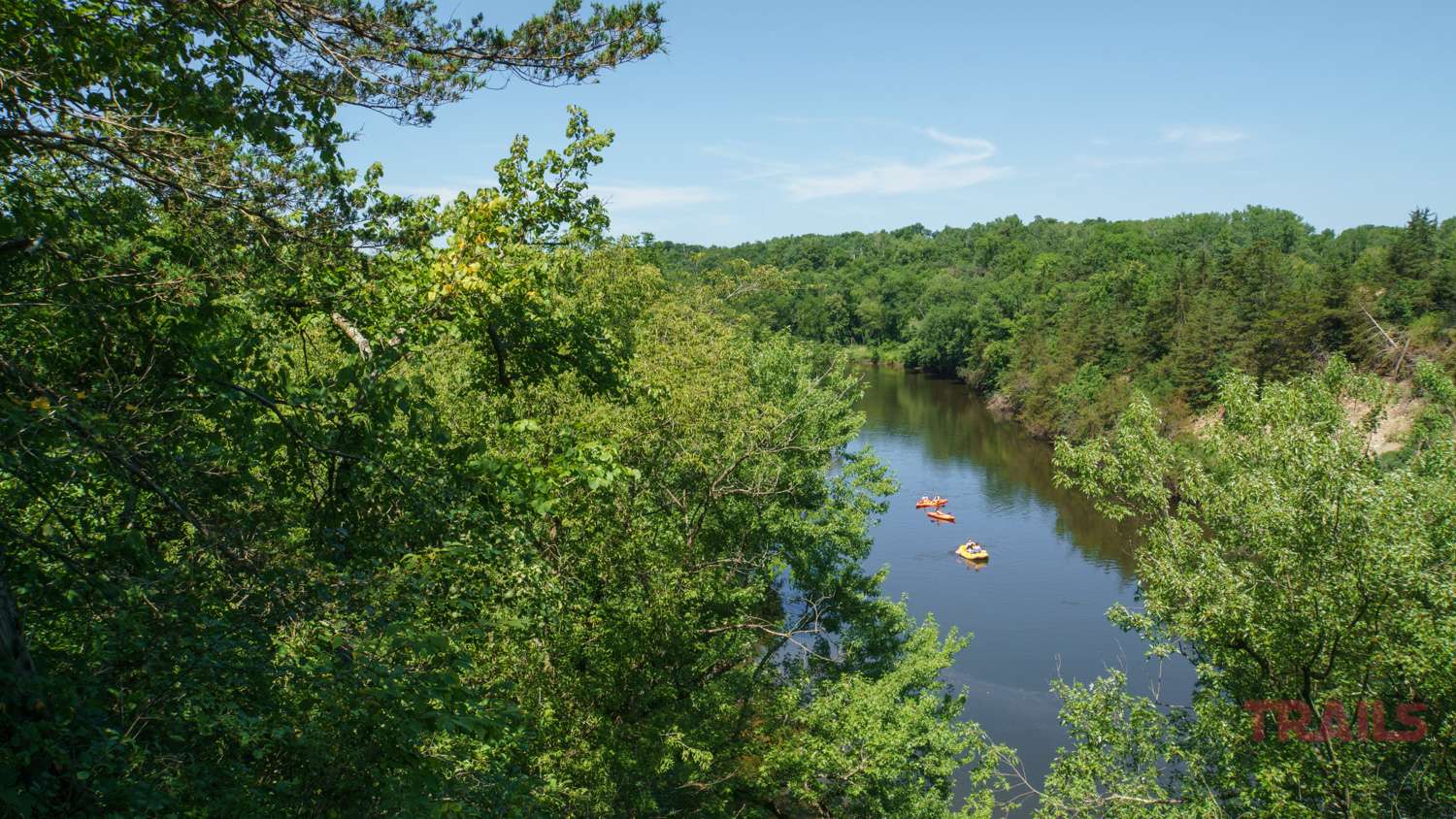 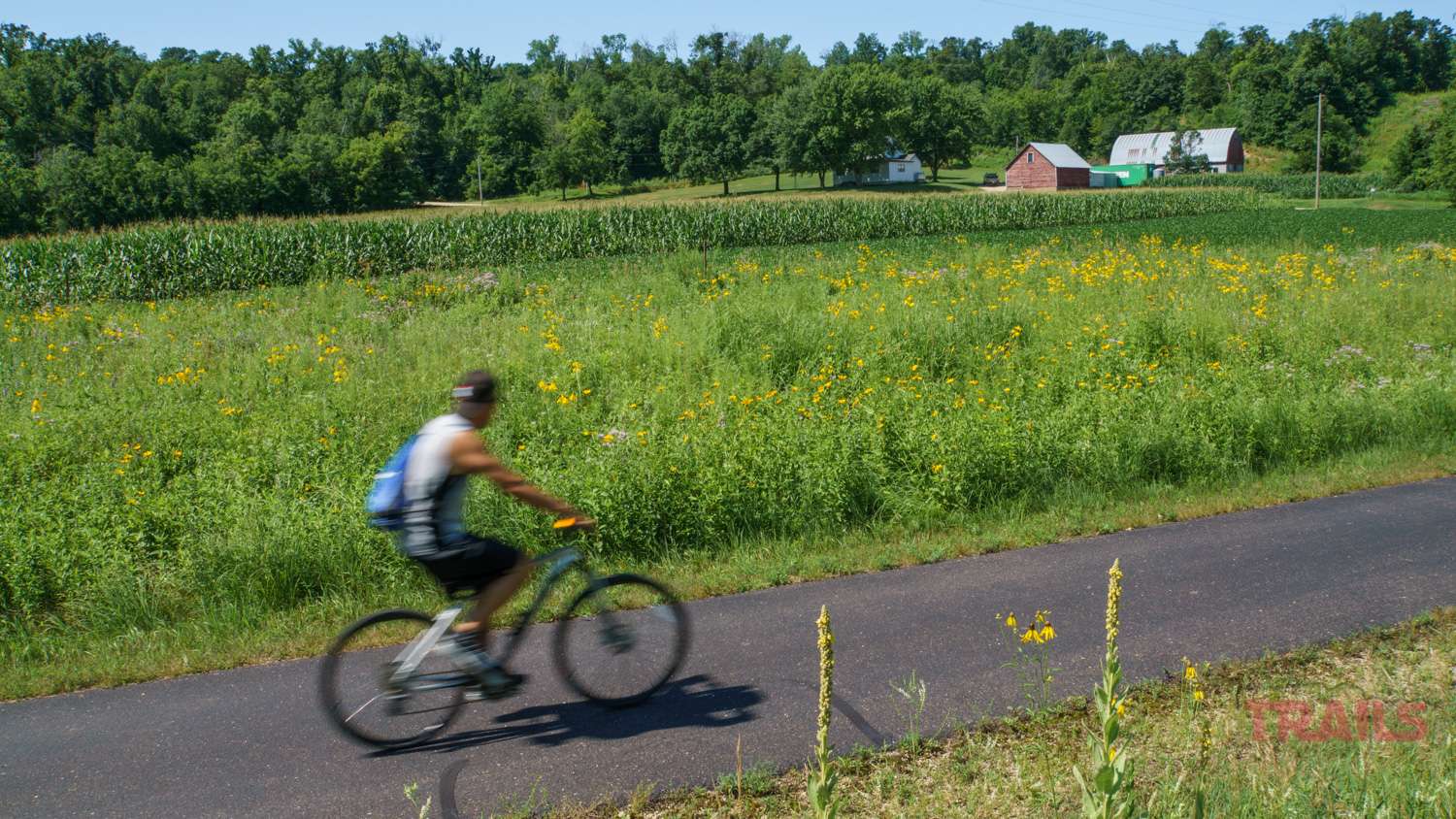 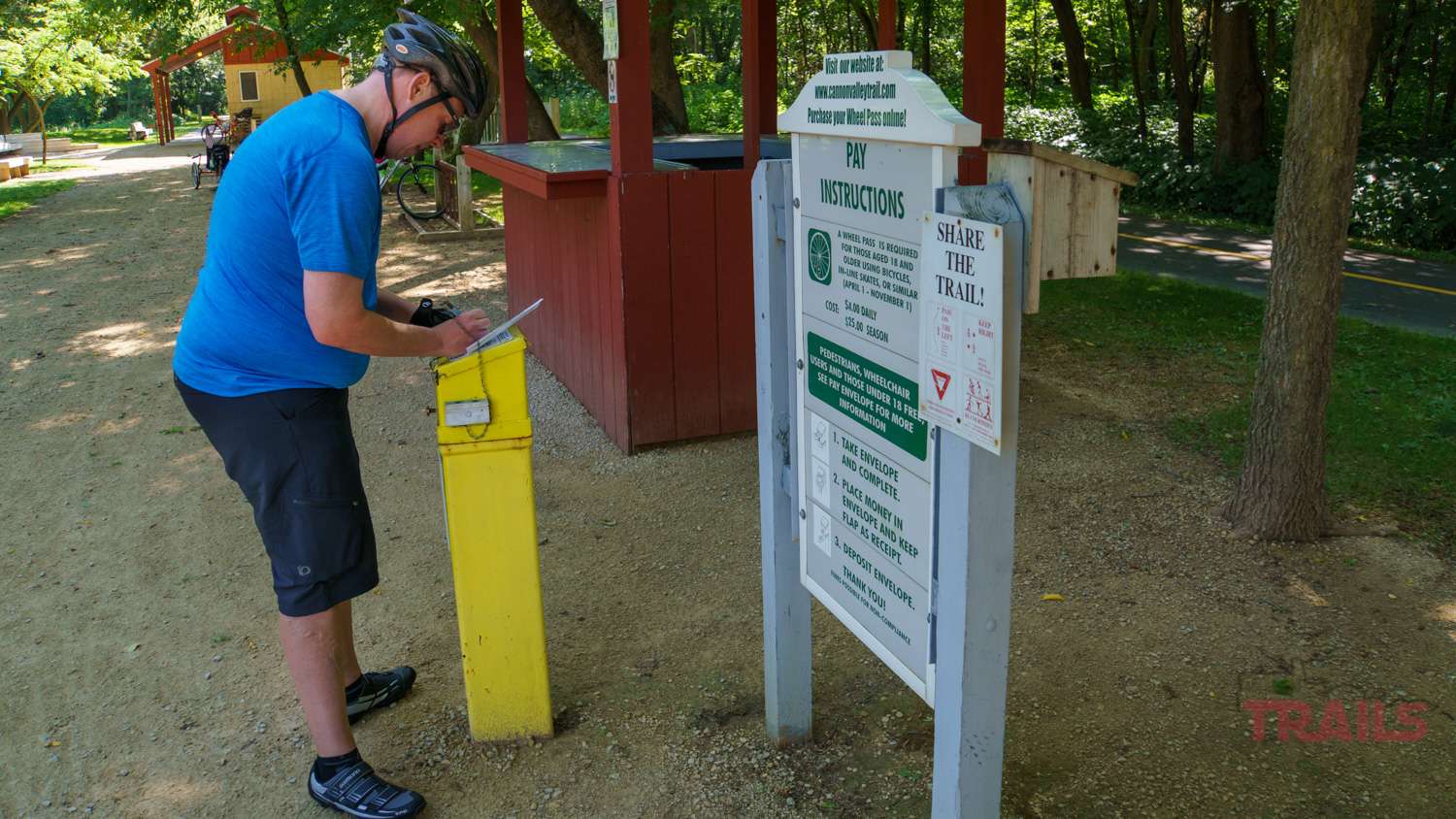 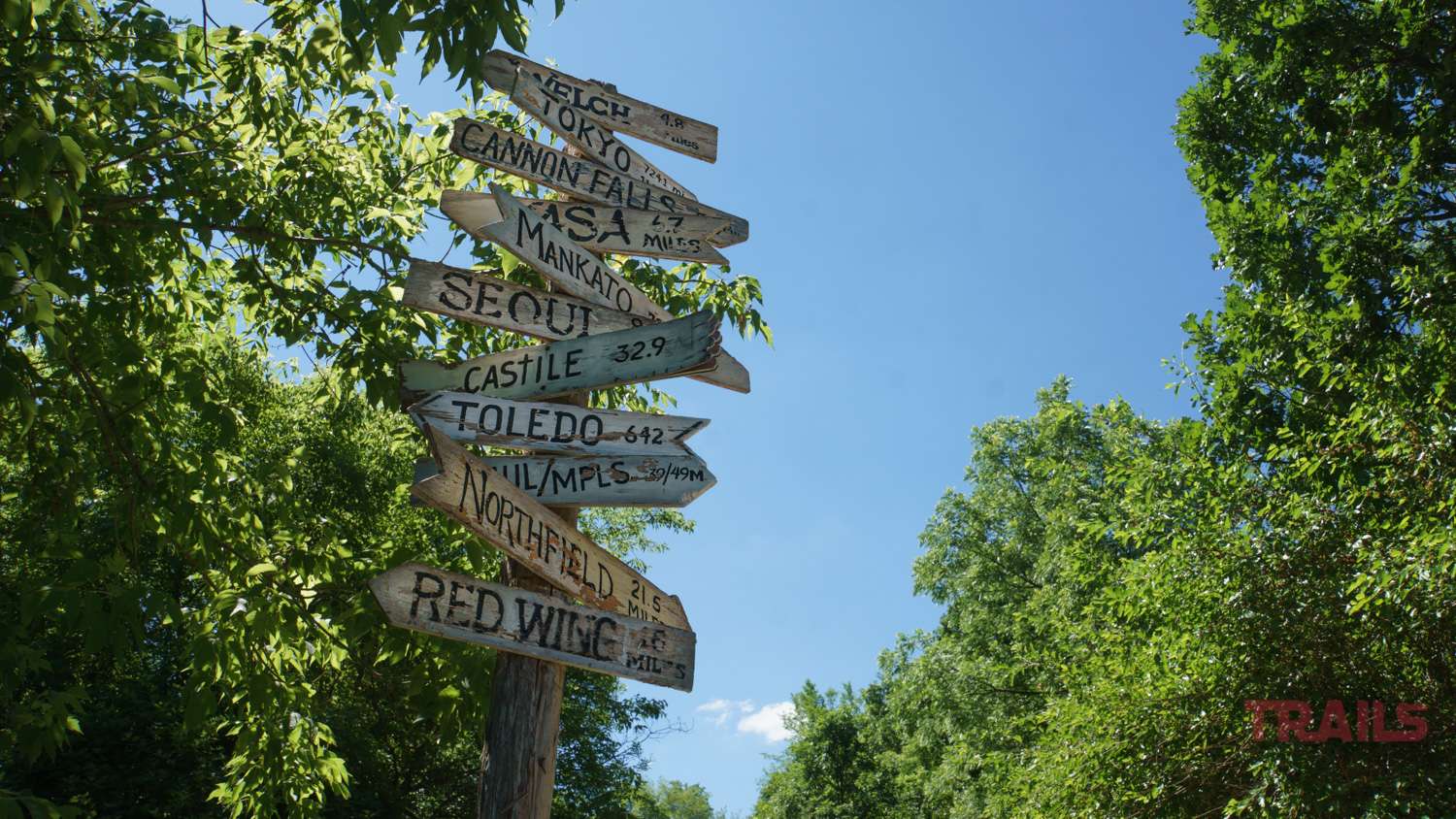 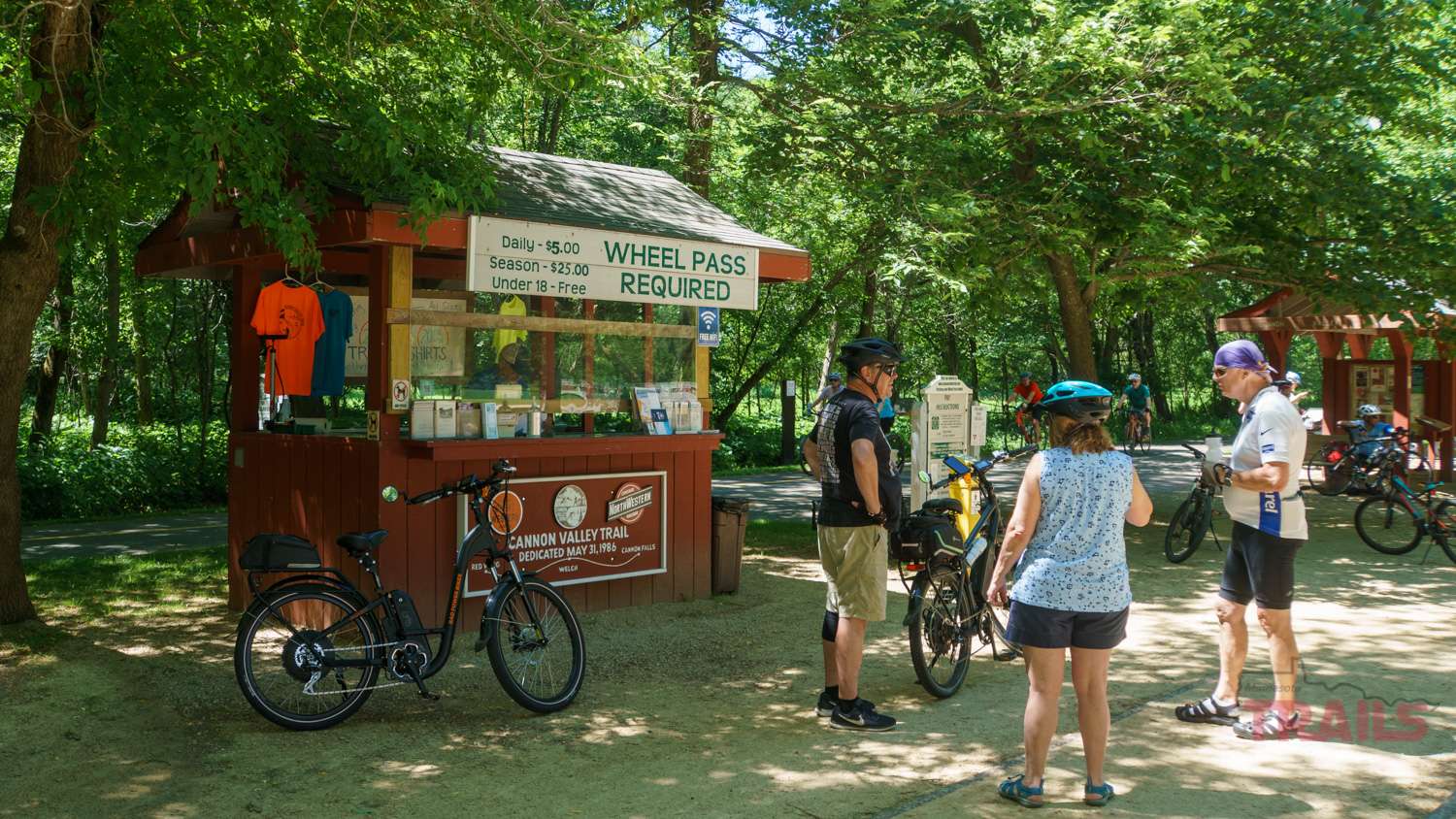 In Cannon Falls, the city section of the trail begins in a park on the Cannon River near the falls that gave the city its name. This half-mile trail winds around the park, picnic areas and ponds before heading through a residential area to the official start of the Cannon Valley Trail. Seventeen old mileage markers can be seen along the trail’s route. Originally, these concrete posts were used to identify the number of miles from Mankato, which explains why you’ll see these same markers on the Sakatah Singing Hills State Trail. The little town of Welch is the midpoint of the ride and has a rest stop that includes bathrooms. The trail then passes by Cannon River Turtle Preserve SNA, Red Wing, Silvernale Archaeology Preserves and a wetland observation deck, before reaching the downtown Red Wing trailhead near the historic Pottery Place.

At Cannon Falls the trail connects to the Mill Towns Trail, which will eventually link to the Sakatah Singing Hills State Trail at Faribault.
Currently paved sections of the Mill Towns Trail: Two miles at Cannon Falls, three miles between Dundas and Northfield, two miles east from Faribault. Another connection in Red Wing takes you down the 5-mile northern portion of the Goodhue Pioneer State Trail, which currently ends at the Hay Creek Campground, but will one day connect to the Douglas State Trail near Rochester.
Another future trail connection includes the Mississippi Blufflands State Trail, which will link Red Wing with Lake City.

Parts of the Cannon Valley Trail are groomed for skiing and fat biking.
Find out more here