2022 in the Rearview Mirror 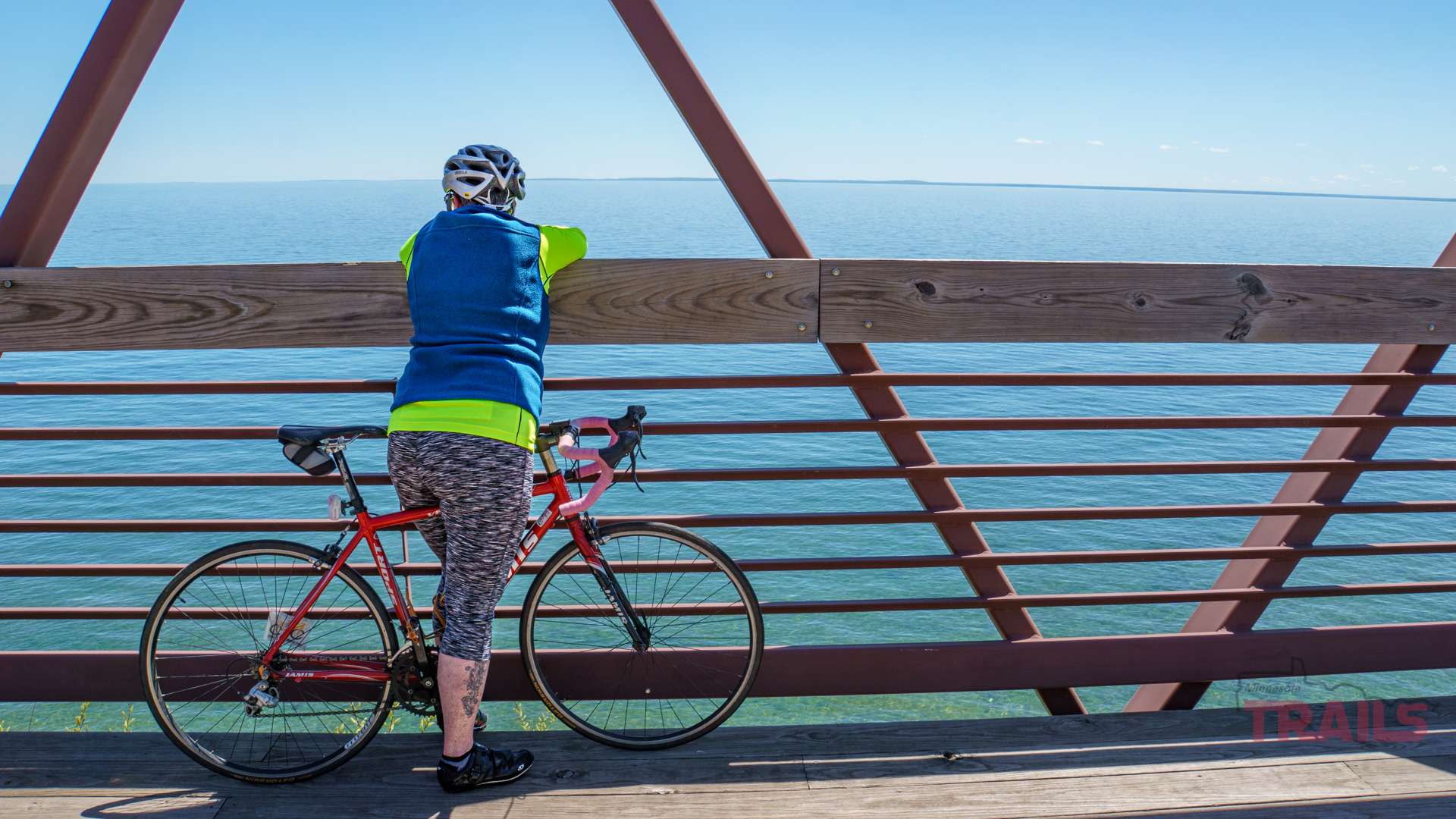 We’re fewer than 48 hours away from 2023, my 50th year of existence. Not that I’m counting down the days until the final lights out, but I have grown more appreciative of the little moments that help explain the ‘why’ of life. I didn’t know it at the time, but in retrospect these moments of 2022 stand out: 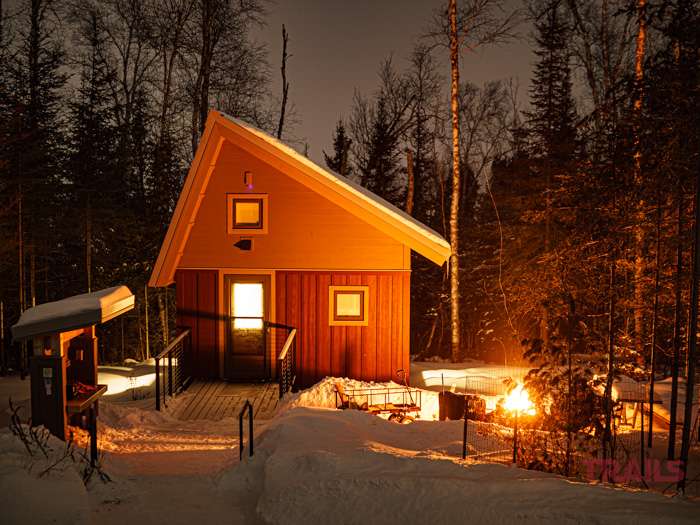 In February Jen and I rented one of the new camper cabins at Lake Vermilion Soudan Underground Mine State Park. Mother Nature did all she could to purge us from this earth early in the year, but we survived the blizzard on the way up north. The trail system at the park is still growing, but the surrounding area has many, many kilometers of meticulously groomed ski trails. We hit the loipes with force every day. (Read Skiing on the Edge of the Boundary Waters, page 8 of the 2022 Winter edition) One 25-below evening, after a particularly good day out, while we sat on a comfy couch, gazing at the Boundary Waters-like scenery through the glass front of the Daagwagin cabin, we had an epiphany: “Hey, we could live in a place like this”. That moment spurred a frenzy of research into tiny houses and started a conversation about what we think we really need to be happy in life. 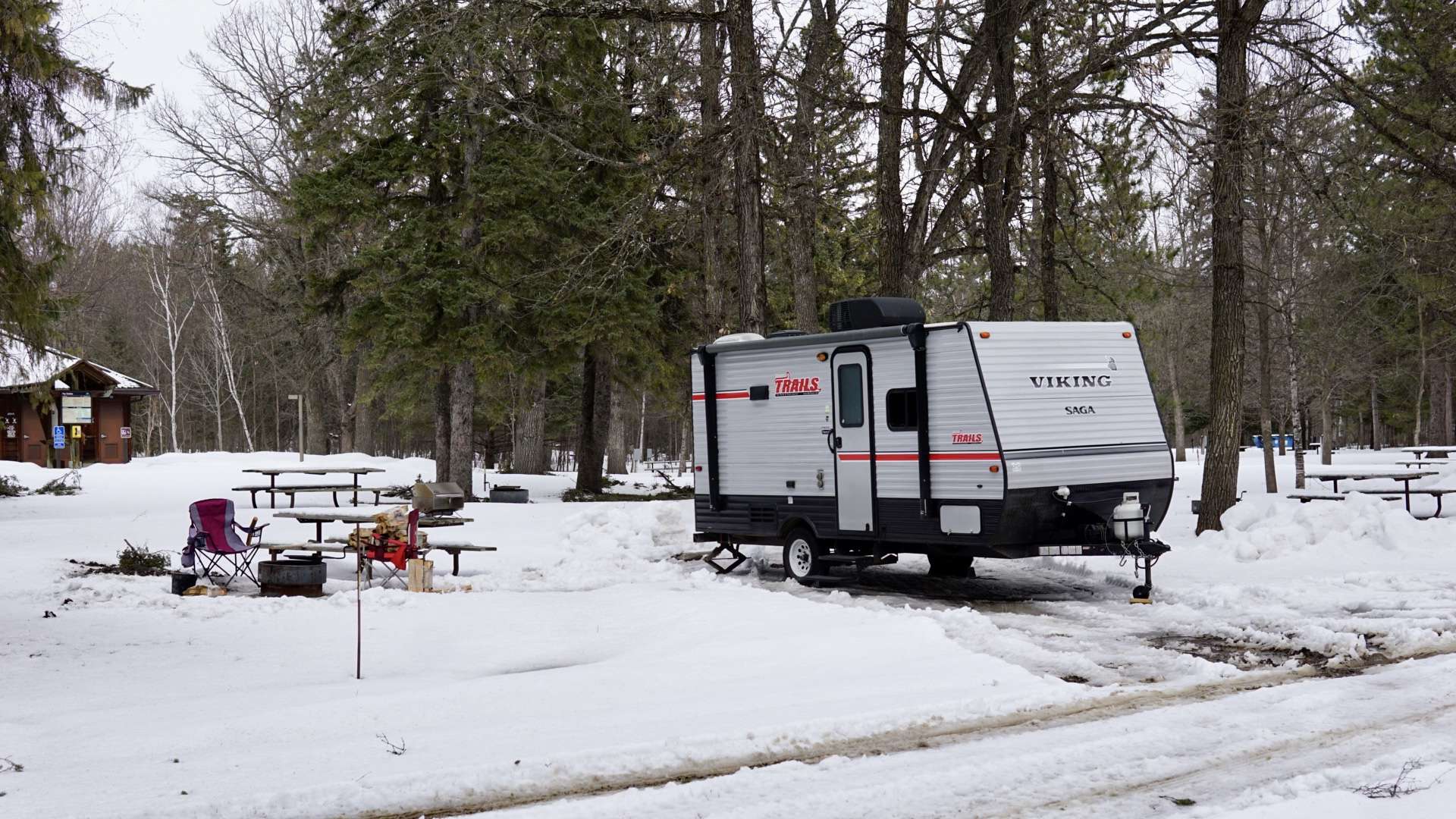 A mild April had us take the travel trailer out of storage early and pull it up to Itasca State Park. There was still plenty of snow on the ground and the going was a little dicey inside the park, but a few sites are open year-round. We chiseled the ice from the fire pit, and watched the sun set through the naked trees as the fire crackled cheerfully. There were three other campers, two of them in tents. As daylight disappeared and we watched everyone’s lights come on, we smiled knowing that the end of winter was finally coming. 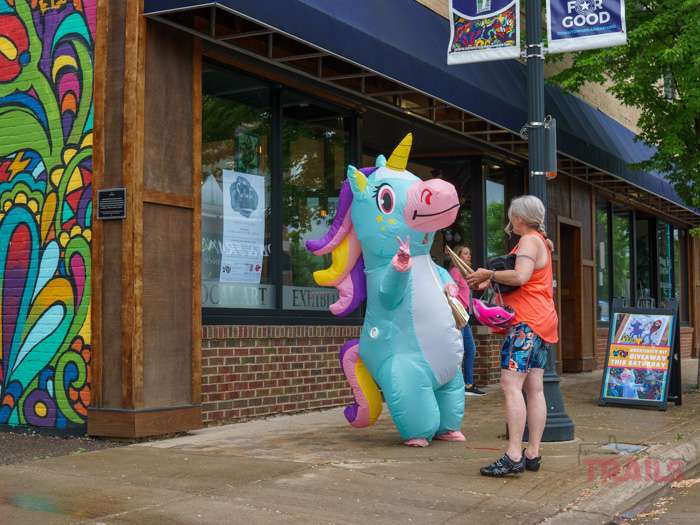 In June we had a revelation. Jen and I spent a weekend in Brainerd to ride bike, paddle, fish and explore. It’s in our backyard and we’ve driven through town or to town uncountable times. We didn’t expect to learn anything new on this trip, but in downtown Brainerd we found a vibrant arts community, cool shops and restaurants and a Historical Society with passionate buffs who lead regular walking tours during the summer. After diving into the granular detail of how this town went from a railroad stop to today’s tourist magnet, we realized that every place deserves a second look. The malls and highway re-routes have pummeled this historic district, but it’s coming back, one repurposed building at a time. The biking and fishing were the cherry and sprinkles on this weekend. Read the story here 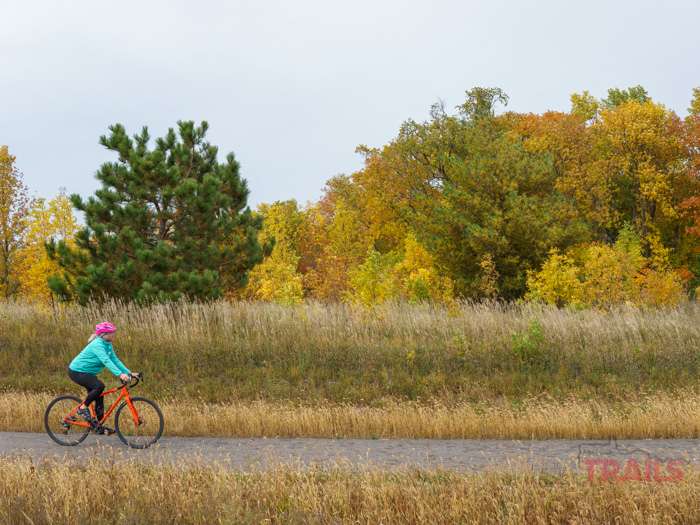 With leaves near their October best we set out to ride the new Heart of the Lakes Trail in Otter Tail County. It’ll connect Perham and Pelican Rapids with 30 miles of paved trail once the last stretch through Maplewood State Park is complete. Currently, there’s a total of about 27 miles between each town and the park. Parts of it follow the Otter Trail Scenic Byway and that triggered a lot of good memories for both of us. Back when our legs were young and our spirits high, we’d go bike camping (recently re-branded bikepacking). One such trip took us on a week-long tour of the byway we still talk about today. We had all but forgotten about the rolling hills, the tidy Norwegian churches and the lakes bustling with people and pelicans, but they were still there. “There was nothing to do but to turn the cranks, look around, breathe and occasionally wipe the sweat from my eyes, like open road therapy without the open road”, I wrote after the Heartland Lakes Trail ride. On the way home in the car, Jen and I began to make plans to dust off the panniers and ride the Mesabi Trail end to end next year, a trip we last attempted in the age before we had cell phones. Read the story here

In 2023 I hope you can take some time to find out what truly makes you happy. Take another look at the familiar, discover something new, look ahead, revisit the past.
Keep turning the cranks.

Make Your Escape: A Cuyuna Christmas

Writer Tonja Sahaydak spent Christmas with the family in a Cuyuna yurt and went dashing through the snow.

14 Fall Hikes Near the Twin Cities

These wonderful fall hikes are all within an hour (or so) of the Twin Cities and make for a quick getaway when the weather is nice.